There’s no better way to start the new year than with an exciting beauty launch and this time, it’s from one of the most exciting make-up brands dropping products right now: Fenty Beauty.

The popular brand, launched by Rihanna, will be dropping its first ever mascara and to say we’re ecstatic would be an understatement. Anyone who has ever admired Rihanna’s lashes will know how perfectly luscious they are, so to have her create her very own mascara could only ever be a good thing. In fact, by the sounds of things it’s set to work wonders.

A post shared by FENTY BEAUTY BY RIHANNA (@fentybeauty)

The brand broke the news to the world via the Fenty Beauty instagram account, writing: ‘Finally blessing y’all with a mascara! Get eye-opening full-on, fanned-out lashes with #FULLFRONTALMASCARA, a do-it-all mascara featuring an exclusive flat-to-fat brush that instantly volumizes, lifts, lengthens, and curls. Set your calendars ‘cause it’s dropping on January 16 at fentybeauty.com, @sephora, @harveynichols, @bootsuk, and #SephorainJCP!’

A post shared by FENTY BEAUTY BY RIHANNA (@fentybeauty)

Riri also made an announcement for the new ‘Full Frontal Mascara’ on her own Twitter page where she wrote: Ya done know that @fentybeauty was coming to dominate the mascara game too!! #FULLFRONTALMASCARA with a brush that lifts lashes on the fat side, and defines & curls on the flat side!’

The Full Frontal Mascara’s campaign shots feature Rihanna herself and are edited beautifully in black and white. It is set to launch next week on 16 January at not only fentybeauty.com but at Sephora, Boots and Harvey Nichols meaning fans around the world will be able to get their hands on it at the same time. 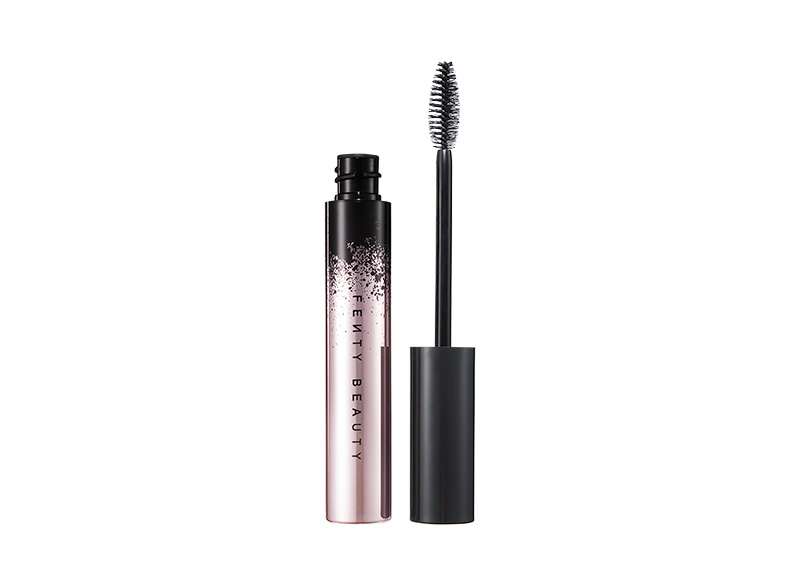 The product has been described by Fenty as the ‘ultimate do-it-all mascara designed for a fully exposed lash look’ and comes complete with a with flat-to-fat brush applicator – the ‘flat’ side works to curl and define while the ‘fat’ side picks up the product and gives your lashes an effective lift.

“I like to get every single little lash to expose them all,’ says Rihanna. ‘I wanted to make sure this mascara lets you do that. You get volume, lift, and curl all with one.’

4 ways to change up your skincare routine for spring/summer

A doctor’s guide to caring for your skin before, during and...