From dancing shoes to 4.30am wake-up calls, Strictly contestant and breakfast radio DJ Vick Hope on the things that make her tick.

My uncles used to take me and my brothers to watch Newcastle United; the atmosphere there is the best in the premiership. I played football for my college women’s team at Cambridge and broke my leg. I handed in my dissertation on crutches.

I was close to my paternal grandmother Pauline. She had a treasure trove of jewels – these gold and diamond earrings were her most special piece. I felt so honoured when she gave them to me just before my 21st birthday. It was one of the last times I saw her before she died.

I live in Latin and ballroom shoes as I’m training nine hours a day for Strictly. Usually I wear trainers as I’m tall and like to be comfortable, plus I’m clumsy, so wearing heels is disastrous – I’ve stepped on my dance partner Graz’s [Graziano Di Prima] feet so often…

My dad Nigel told me his nautical trunk had come from the bottom of the sea, which I believed. He gave it to me when I went to uni. It’s been my coffee table since I first moved to London to work as a runner for MTV.

I’ve had Snowy since I was born and she has moved everywhere with me. My mum used to insist on putting her in the washing machine and I would stand with my face against the glass saying, ‘Stop it, she doesn’t like it.’ 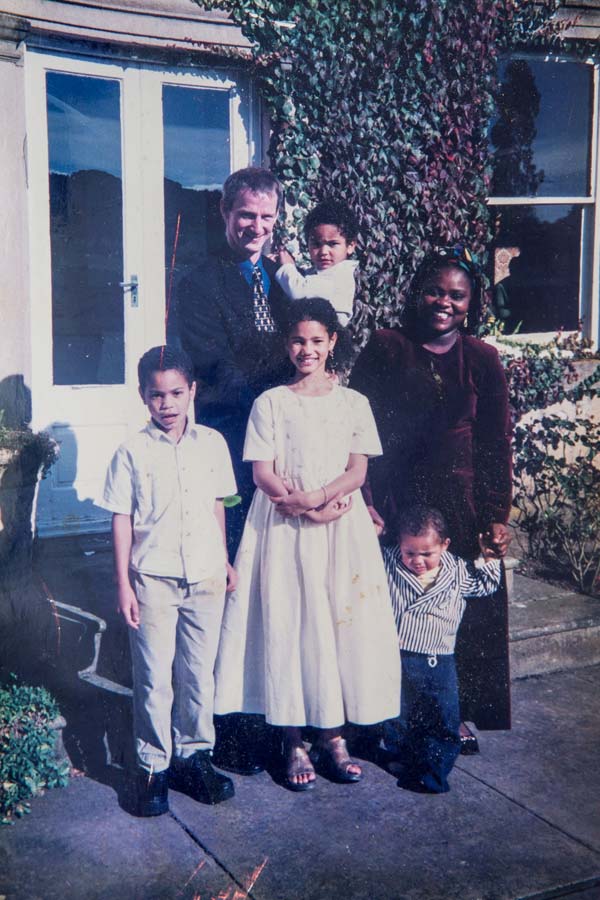 This was my first holy communion. I’m aged ten, with my parents and brothers [from left] Louis, Theo and Gabriel. On Sundays my mum and I would go to church – we were both in the choir even though we couldn’t sing. My dad would have a fry-up with my brothers and take them to rugby training.

My mum Adeline is really good at haggling. She’s a saleswoman by profession and I learned from her. This leather bag was my first haggle at a souk in Marrakech when I was 12. I was proud of myself because I got it for about £5. It used to be my school bag.

I set my alarm clock for 4.30am on weekdays as I present Capital radio’s breakfast show. No human being ever gets used to that early wake-up! I’m on air at 6am. After the show I go to Strictly rehearsals and don’t get home until 8.30pm, exhausted.

Strictly Come Dancing is on BBC One on Saturday and Sunday evenings.

Myleene Klass on raising strong daughters and the man who healed...

‘I didn’t even realise I’d been harassed’ Emily Mortimer on questioning...

EMOTIONAL TIES: Anthea Turner on the little things that mean the...