So, Christmas is over. But our festive rituals continue. There’s the decades-old ‘leftover surprise’ tradition whereby Tupperware boxes containing drying turkey are pushed to the back of ye olde fridge and forgotten until Twelfth Night. There’s the practice of investing in expensive high-vis Lycra for various sporting endeavours that will never come to pass. And, of course, the folkloric rite of repackaging unwanted gifts (flammable nylon jumpers with reindeer noses) and sending them back whence they came in exchange for something you might actually use (leggings).

Happily, this last one was an easy administrative task. During the pandemic, online purchasing has become a necessity and I’ve grown to appreciate its convenience to such an extent that I’ve barely been into a physical shop for months. This has taught me the value of online returns.

Gone are the days of having to schlep into a crowded high-street store clutching a pair of too-big shoes and joining the end of a long queue, only to be told when you reach the till that you don’t have the right receipt or you’ve left it beyond the requisite 28 days or you’ve actually been standing in the wrong queue all along. Gone are the days of having to explain, meekly, why you are returning said item, and asking politely for a refund without offending anyone or causing unnecessary fuss.

For the conflict-avoidant among us, returning shop-bought items in person can be an excruciating exercise in humiliation and sweat. By contrast, online returns come with a handy pre-printed form where you simply tick the box that applies (wrong size, style not becoming and so on) and no further questions are asked. It is a calm statement of fact, rather than a complaint. Within days, you’ll hopefully receive the funds in your bank account without any need for human interaction.

I’ve always found it impossible to complain. Once, at a restaurant, I was served a mackerel and banana salad. It was indescribably hideous but I refused to say anything or let
my then partner complain for me.

‘No, it’s fine, there’s nothing wrong with it…’

‘It’s my fault for ordering it. I didn’t expect them to combine smoked fish with banana,’ I said as I ate my way through it, swallowing while holding my breath to not appear rude. I don’t complain when people barge in front of me or cut across me in traffic. I don’t complain when someone is late or delivers sub-optimal service. And the reason I don’t is not because I’m some paragon of virtue, but because of my British fear of appearing impolite. I’d rather scowl with unacknowledged passive aggression. That’s fine, isn’t it?

I’ve always seen my inability to complain as a character flaw. But then I read about Will Bowen, a motivational author and speaker from the US, who started something called The Complaint Free Challenge. The premise was simple: in 2006 he invited 250 people at the church where he was minister to spend 21 consecutive days without complaining. His contention was that complaining was ‘an epidemic’ and made the complainer focus on life’s negatives, and stall their relationships and capacity for happiness. Also, it kind of made them a pain to be around. Bowen’s idea is now a worldwide movement with over 13 million followers, and Maya Angelou called him one of her ‘great spiritual heroes’. Yes, that Maya Angelou.

So it turns out that by not complaining, I’d been unwittingly performing a spiritual act. Which is why, the next time I tick the ‘does not fit’ box on the returns form for a too-tight dress I’ve ordered, I’ll do so with a lighter heart. As for the mackerel and banana salad? I probably won’t be ordering that again 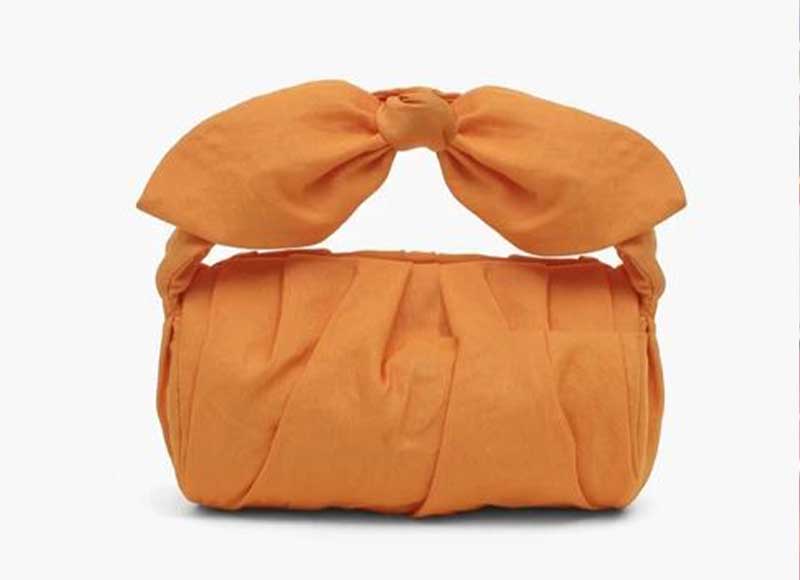 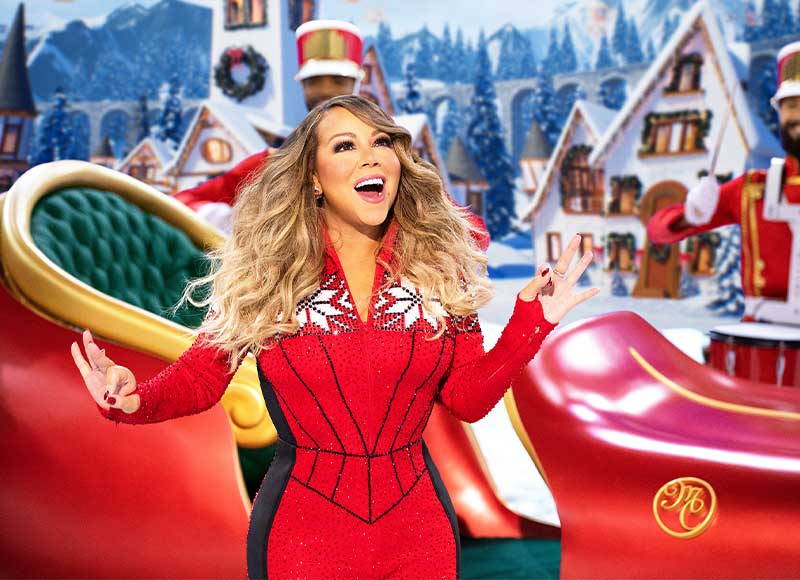 To Mariah Carey’s ‘All I Want For Christmas’ even though Christmas is over. 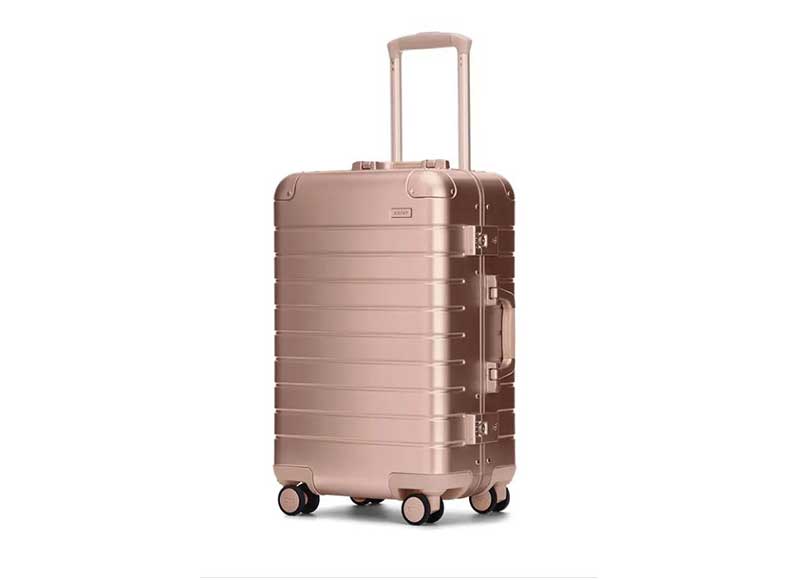 A rose-gold Away case in anticipation of post-vaccination holidays.