The latest miracle creams for 50-plus skin will work their magic – whatever your age.

When it comes to skincare, we’re all very used to hearing about Gen Z and what the youngsters are keen on. But as Marie Hélène Lair, scientific communications director for Clarins, said recently: ‘What about Generation S, as in silver? The ladies of 60-plus – or as I prefer to say, two times 30.’ What indeed? Everyday ageism is probably what.

But things are changing, and lately a raft of skincare brand launches have focused on older women. This isn’t simply out of the goodness of their hearts: the 50-plus market is growing and by 2050 it will represent one person in six, totalling 1.6 billion (double that of 2015).

Practising what it preaches, Clarins has focused on postmenopausal skin with the launch of Nutri-Lumière (from £55, nationwide). As its name suggests, this range tackles a loss of luminosity (caused by a slowing of the skin’s microcirculation and resulting decreased nutrient supply) and uses horse chestnut extract to boost the complexion. Of course, creams are not time machines, but after a month of use, testers found that luminosity increased by 12 per cent. Other ingredients promote suppleness (wakame extract), hydration (leaf of life) and smoothing (oat sugars).

Vichy also has postmenopausal needs in its sights with Neovadiol Rose Platinum Night Cream (£32, vichy.co.uk), which was found to provide a similar radiance boost and reduction in sleep lines.

Prai, too, is in on the act with its Platinum range (from £35, marksandspencer.com). ‘Drastic changes happen to skin after the menopause,’ says Prai’s founder and CEO Cathy Kangas. ‘I know first-hand that it’s the most dramatic change we will see in our skin.’ Her focus is on the fact that we lose up to 30 per cent of collagen in the first five years after the menopause, along with the effects of dips in oestrogen such as loss of elasticity. What’s more, oil glands aren’t as active and skin can become drier. To combat this, Prai is deploying its bestselling tightening and lifting technology along with vitamin E and almond oil to smooth, platinum and kombucha to fight environmental factors and red algae for hydration. This is a skincare powerhouse.

Meanwhile, Shiseido Vital Perfection Uplifting And Firming Day Cream (£100, johnlewis.com, from 5 March) is pitched at the 40-plus market and works on loss of elasticity, wrinkles and dark spots. After eight weeks, 89 per cent of testers saw a decrease in sagging, 45 per cent in dark spots, and 80 per cent in wrinkles.

And on a general hormonal tack, whether you’re experiencing the effects of monthly cycles, the perimenopause or beyond, Veneffect (from £48, spacenk.com) delivers topical plant-based phytoestrogens (from seeds, nuts, roots and bark) to help balance the skin. Founded by a gynaecologist and her sister, its focus is on giving skin the look of vitality.

When news reached us that Benefit had given High Beam – its classic pink liquid highlighter – a bit of a makeover, we were intrigued. Diehard fans don’t panic: it’s a tweak to the packaging rather than the formulation and we think it’s all for the better. The bottle has been reduced to 6ml (from 10ml) and the price is now £15.50 instead of £23 (selfridges.com). Gone is the mini (and oft-criticised) applicator brush and in its place is a doe foot (that spongey tip you find on many a lip gloss and suchlike). 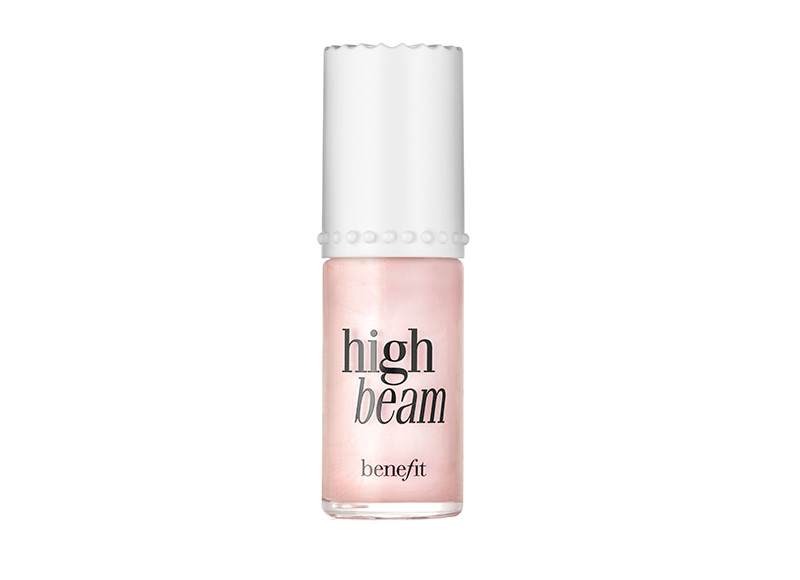 This revamp got us thinking about highlighters generally, especially as spring is almost officially here, and brightening things up seems entirely appropriate. So here are four more favourites that we consider to be deserving of high praise and High Beam dupes. As with any highlighter you can use them alone under make-up to pick up and accentuate high points on the face, or mix with foundation to create more of a general lustre.

Iconic London Illuminator in Shine (£30, iconiclondoninc.com). The easiest way to fake the bone structure you wish you were born with, this repeatedly sold out when it launched and its popularity remains undiminished. As buildable, blendable and finely milled as High Beam, this comes with an angled dropper applicator for controlled dispensing. Wear it as above or blend on to browbones, cheekbones and your cupid’s bow for a luminosity that really pops. 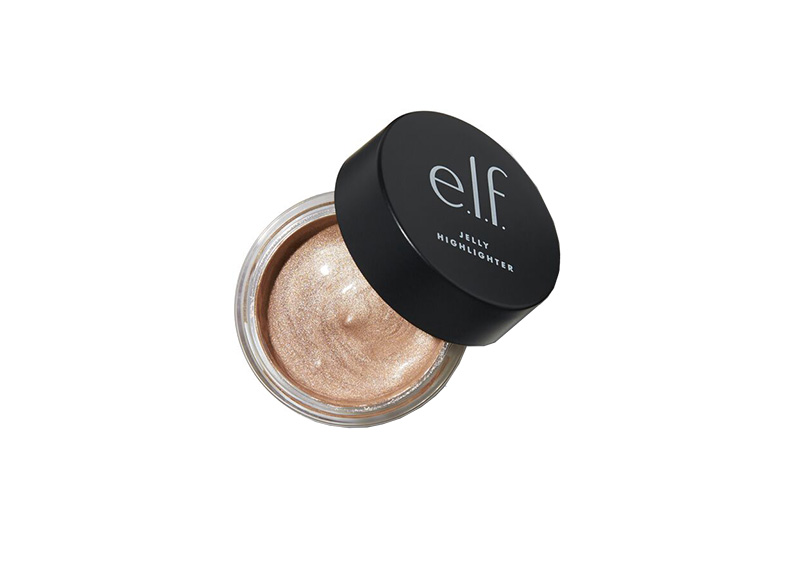 Elf Jelly Highlighter in Bubbly (£6, elfcosmetics.co.uk). This super-affordable option has a slightly different texture to High Beam. It really is a small pot of jelly, but it blends like a liquid – and does not budge once set. Apply with fingertips to impart a perfect dewiness to the complexion with high impact on the cheekbones. 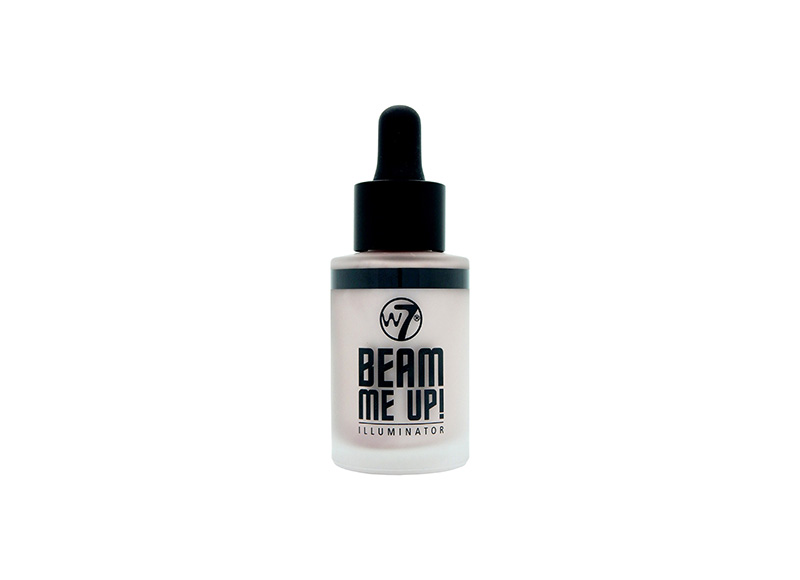 W7 Beam Me Up! Illuminator in Volcano (£8.95, w7makeup.co.uk). This comes as a dropper applicator and a little goes a really long way. The closest to High Beam in shade, W7’s offering is slightly cooler while retaining that signature pink glow. 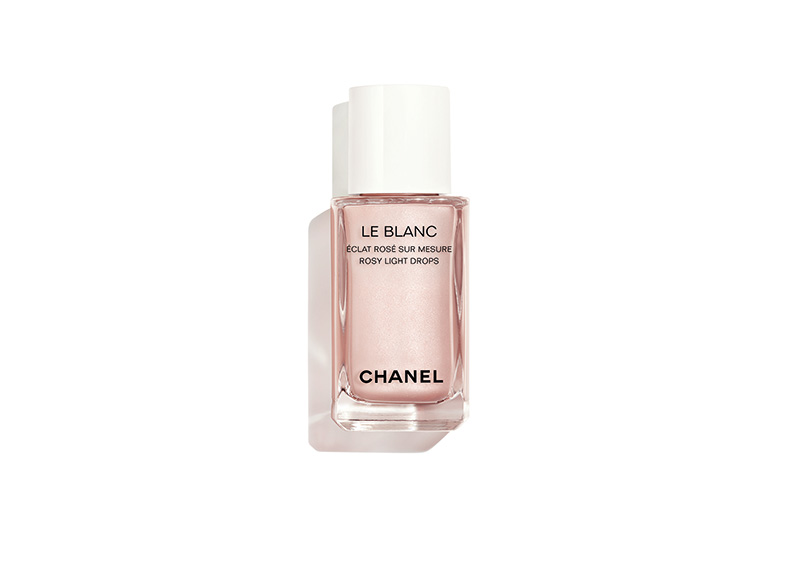 (£38, nationwide). This has a more fluid texture and sheer formula than the above, but does a similar job just in a more understated way. Plus the pump-dispenser packaging is super chic and, let’s face it, sometimes that really does affect our choice.

Superdrug’s £2.97 skincare is being hailed as an affordable beauty gamechanger

The royal family have used this reliable sun cream for decades

Edwina Ings-Chambers: Is this the future of beauty?

Victoria Beckham has revealed the £6 secret to making your tan...

9 alternative ways to wear fragrance, from perfumed stickers to scented...

One of these £3.50 ‘holy grail’ cleansers sells every 30 seconds