Sometimes a clever tweak is all we need…

When it comes to a hot beauty launch, it isn’t always about a blazing piece of newness or radical rethinking. Rather it can simply be about tweaking something that already exists, giving the established a bit of a reboot – a control-alt-delete kind of approach to beauty news.

Such is the case with Carbon Theory and its cult Facial Cleansing Bar (£6, carbontheory.com). One bar is sold every 30 seconds, so it’s a pretty established skincare success story in a range that is great for acne-prone skin (something more of us are suffering with thanks to mask wearing). But for years Carbon Theory has been bombarded with almost daily requests to make a liquid version of this much-loved original. And since this is a brand that’s grown on the back of great customer reviews, it was always going to listen to their feedback. 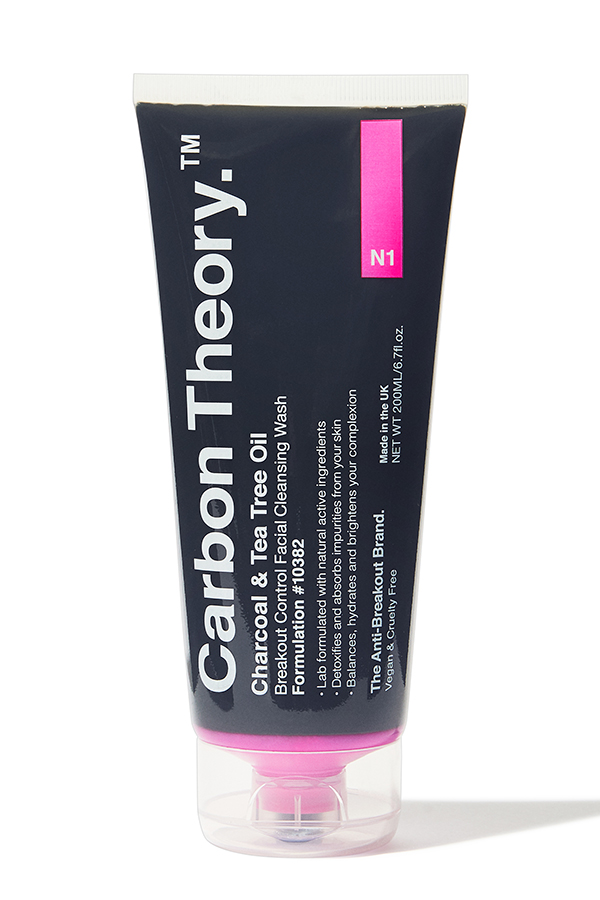 So the new vegan Facial Cleansing Wash (£8) was born. This liquid cleanser produces a nice lather, has a refreshing zing to it thanks to its tea tree oil content (also a natural antiseptic) and, of course, contains plenty of carbon to help draw out bacteria and excess oil. It is already as popular sales-wise as the bar that inspired it and its packaging, by the way, is made from sugar cane, so it is environmentally friendly (see below for more packaging innovation).

Going in the other direction is Aveda, which has taken its Shampure shampoo and turned it into a Shampure Nurturing Shampoo Bar (£14, aveda.co.uk). This limited-edition offering – there should still be plenty of stock left – features the same distinctive Shampure aroma of lavender, ylang ylang and orange and, as part of the brand’s commitment to Earth Day, its packaging will help Aveda to save two tons of plastic – the equivalent to 180,000 water bottles – with $5 (around £3.60) of each bar sold donated to fund clean water projects globally. It’s also silicone- and sulphate-free, and vegan. 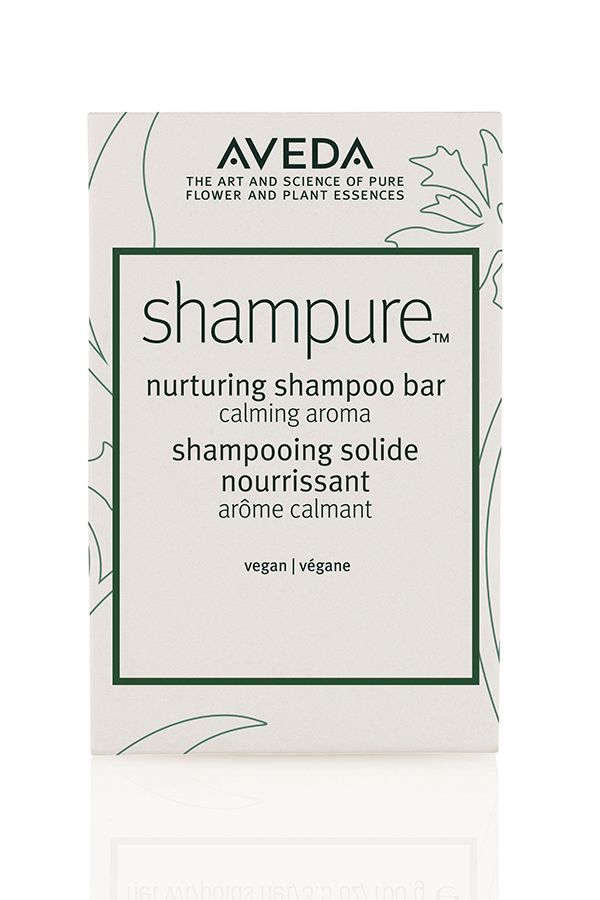 On the scent front, the reboot is more of a return by popular demand at Jo Loves, the fragrance brand founded by Jo Malone CBE. Bid ‘hello again’ to her Red Truffle 21 perfume (from £75, joloves.com), which she created as a limited edition in October 2015 to celebrate the 21st anniversary of opening her first fragrance store. But it has been greatly missed by fans and now takes a permanent place in her range with its earthy but sunny blend of truffle, green fig leaf, bitter citrus, pine and juniper. 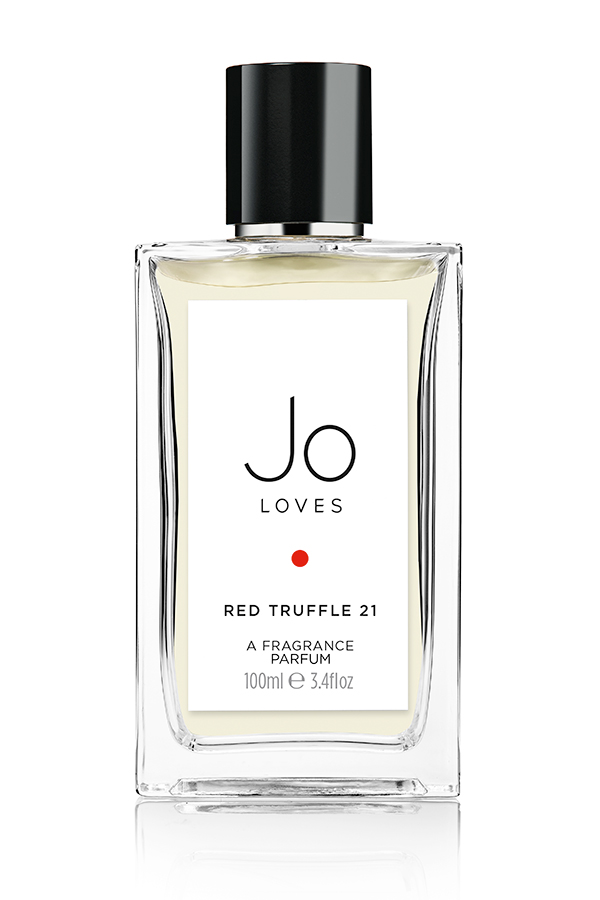 Lastly, Chanel has expanded its shade offering of Les Beiges Healthy Glow Bronzing Cream (£43, chanel.com), which I have raved about before. Now, in addition to Soleil Tan Bronze, it comes in Soleil Deep Bronze to suit darker complexions. @edwinaingschambers 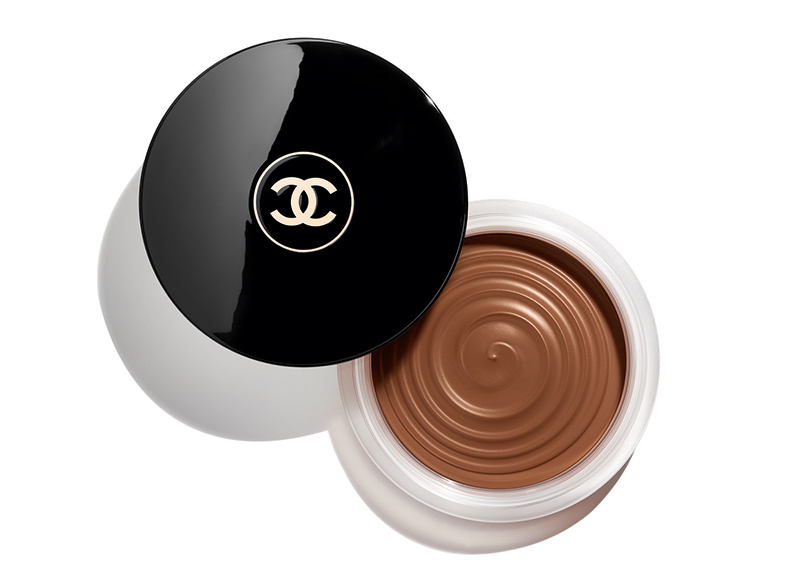 …planet-friendly packaging, as these brands are proving.

I know that I have already touched on the topic of packaging this week but I would like to return to it and highlight some excellent revamps with an environmental emphasis.

First is Kiehl’s and its sustainable refill pouches for its cult Creme de Corps body lotion (£85, kiehls.co.uk), which will save 81 per cent more plastic than its usual single-use containers. The pouches hold one litre of lotion, so they’re more expensive than the 250ml bottle but, of course, they will last longer, too. Kiehl’s has taken the same approach to its liquid soap, body cleanser and haircare and, if you take your empties to one of its stores, they’ll recycle them for you. 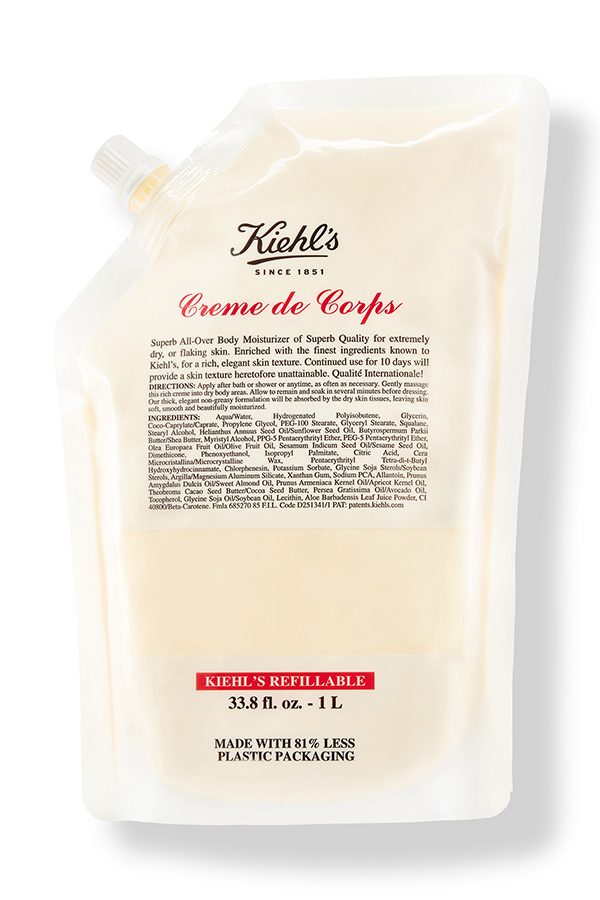 Ren, meanwhile, is continuing its commitment to the environment by creating its eco-smart sampling – ditching dreadful sachets (122 billion of which are produced annually, many ending up in landfill) and replacing them with fully recyclable aluminium tubes. So now any samples you order from Ren (renskincare.com) will come in new closable tubes – they feature a break-off nozzle to use as a stopper. 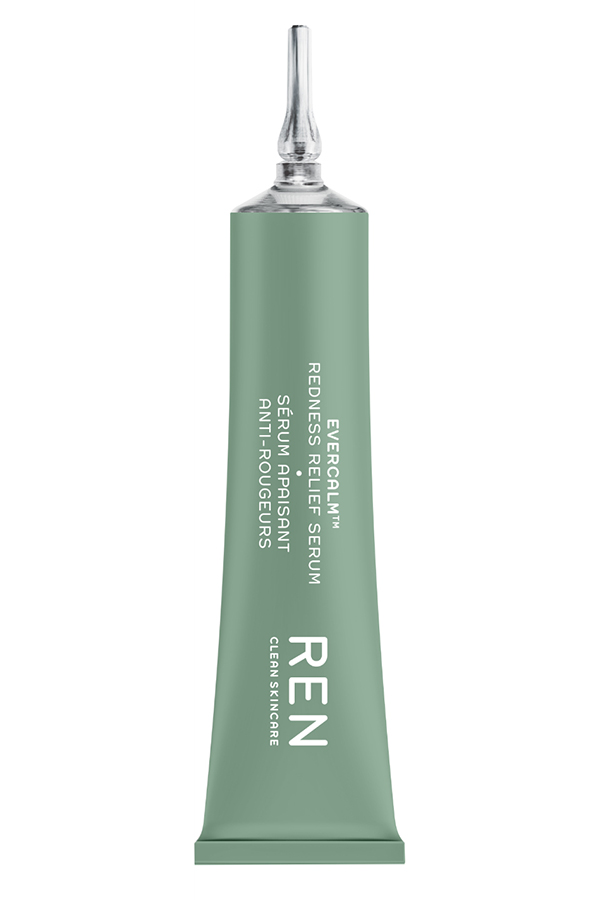 And The Body Shop has returned to refillable bottles (a service first offered by founder Anita Roddick in 1976 because she couldn’t afford new ones). Made from aluminium, these bottles can be used for some of its ranges of shampoos and conditioners (£2 per refill), shower gels (£6) and hand washes (£5) at stores with dedicated refill stations; there will be 155 of them by the end of this year. Find your nearest at thebodyshop.com. 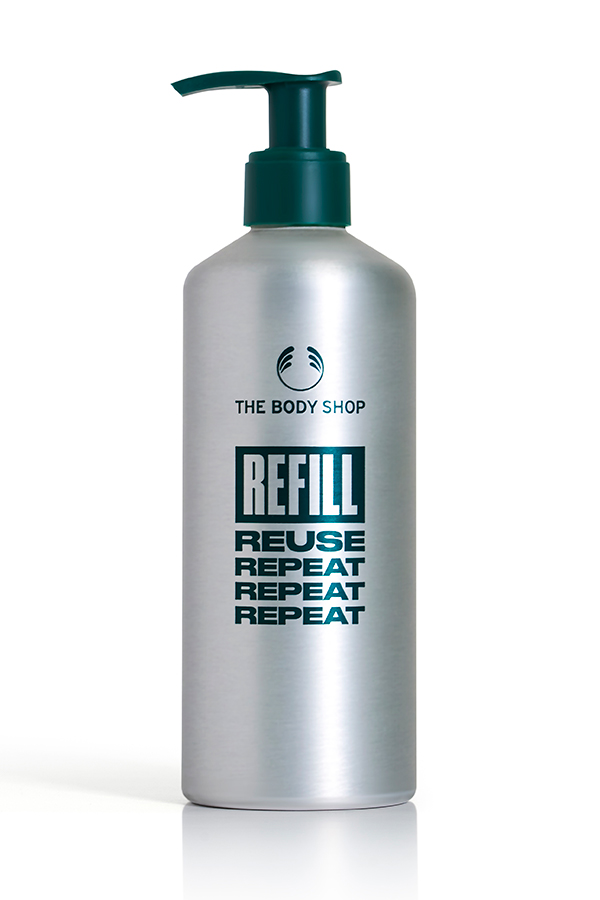