Why? Because this brown-blonde hair colour is super-flattering and so easy to maintain.

The colour’s bronde, just bronde. Not that I’m particularly into diktats when it comes to the hair colour anyone should choose: in the end, whatever suits you is what’s best to go with. But there’s no denying that there’s been a bit of a movement lately towards the shade of bronde.

And what exactly is bronde? It’s a brown-blonde that has a darker base colour all over – including at the roots – with some dashes of lightness running through it, including at the ends, as if they’ve naturally brightened in the sun as your hair’s grown. And this more muted hue is replacing a brighter, lighter and more costly, curated kind of blonde.

As evidence of this bronde boom, for starters I have a raft of celebrities who have been making this hair switch, from Margot Robbie to Rosie Huntington-Whiteley, Hailey Bieber to Lily James. And, in the real world, there’s me, plus several of my friends who have started asking for my advice about it, saying they want to go a bit darker, a bit more natural, and generally less traditional blonde. ‘I just don’t want to be so bright blonde any more,’ one said recently. ‘It doesn’t feel chic to me now.’

The mood seems largely down to a shift during and post lockdowns – the past 18 months of extended salon closures have forced us to get on better terms with our actual colour and find more equilibrium about how we deal with it. ‘It made me realise that I wanted a low-maintenance colour that would grow out seamlessly so I could go longer between appointments,’ explains Frances Phillips, a model turned nutritionist who specialises in skin conditions (as well as being an influencer). I know what she means: I myself haven’t had my colour done since before Christmas.

All of this seems to sum up what leading colourist Nicola Clarke is seeing in her salon. One regular customer who used to always be in touching up her perfect blonde hair has been largely living in Cornwall during the pandemic and it has entirely shifted her take on her look. ‘She says that her London hair and clothes look out of place in the countryside,’ recounts Nicola.

And, even if other clients haven’t had such a seismic relocation situation lately, it’s how many are feeling about their appearance regardless. ‘People don’t want to be quite so polished at the moment,’ Nicola explains. Plus, she adds, the general shift in acceptance of grey hair that has taken place in recent years means that we are all becoming generally more comfortable with our natural hue and much more likely to just spruce it up rather than try to change it completely.

On top of all that, continues Nicola, women are finding that by going without such regular colour and blowdry appointments their hair is in a much better condition. As a result, they want to maintain that quality by doing less to their hair that could cause it harm.

This trend isn’t just for blondes either. Brunettes are also going the bronde route to create what Nicola describes as ‘a more lived-in look, so there’s also a bit of lightness to it rather than being super sleek and glossy, but it still looks finished and thought out’. Fashion designer Julia Restoin Roitfeld (@juliarestoinroitfeld) is a good example of a brunette going bronde (or should that be brunde?). 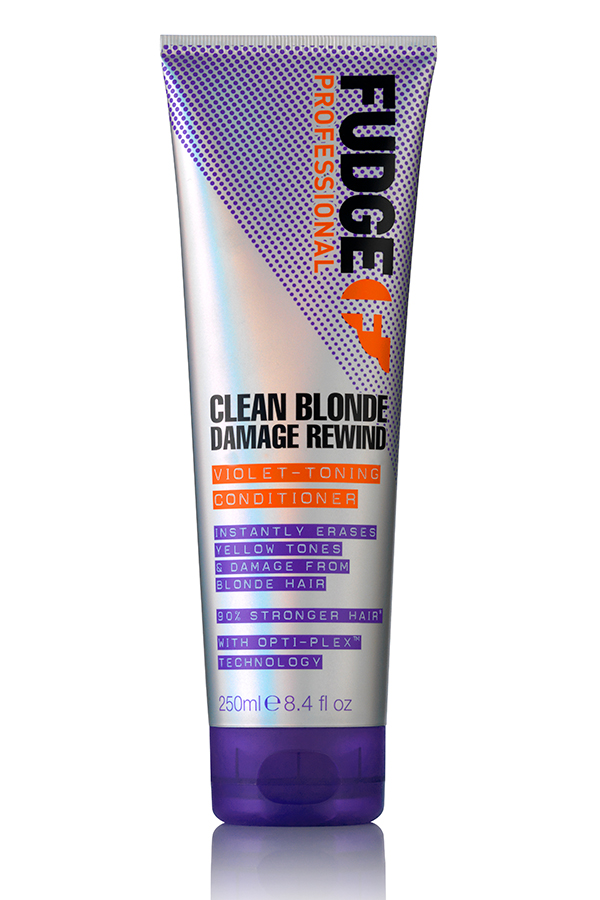 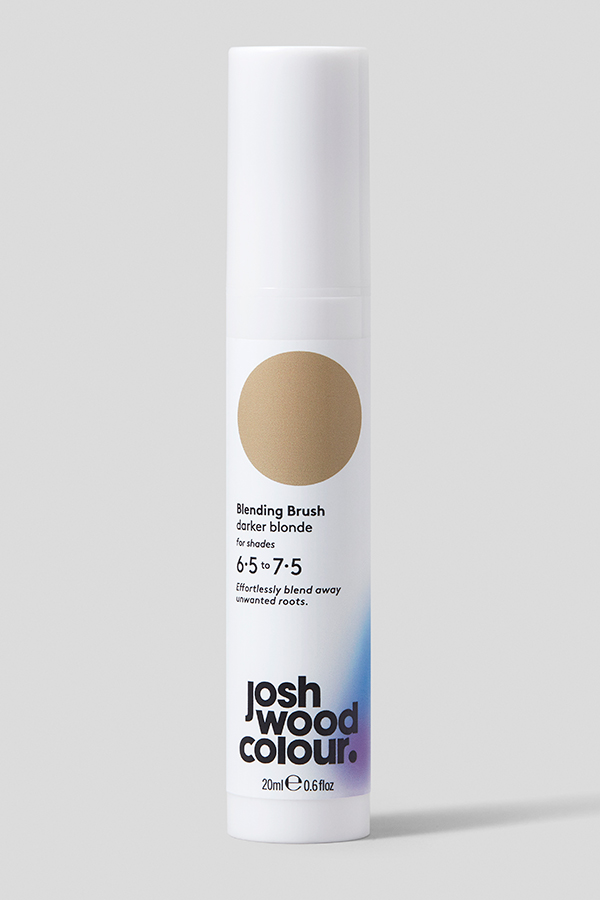 Of course, if you’ve got a full head of grey then you may be wise to embrace that and work with toners and glosses to ring the changes. But if, like me, your greys have largely taken up residence at your temples and the rest of your hair is still predominantly on a theme of natural autumnal and fair shades, then toning greys down rather than taking the full head of highlights route is definitely the mood of the moment. 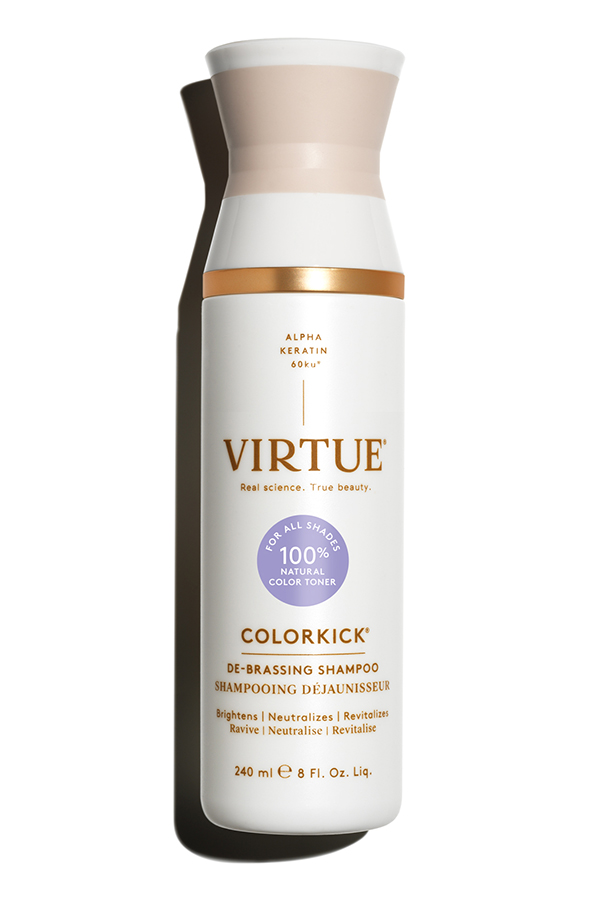 As for products, it’s really about keeping your hair both nourished and moisturised, says Nicola, and anything designated for using on coloured hair should be good at the care factor. She recommends the new Virtue Colorkick De-Brassing Shampoo (£40, spacenk.com), which cleanses but also clarifies and moisturises and will be good for greys, too. It’s expensive but, Nicola says, rather than using it daily, think of it as an occasional booster in your haircare arsenal. I also really like Fudge Professional Clean Blonde Damage Rewind Violet-Toning Conditioner (£14, uk.fudgeprofessional.com) and The Body Shop Moringa Conditioner (£7.50, thebodyshop.com), which is so wonderful at delivering shine with zero effort it’s constantly selling out (it’s also vegan and the bottle is made from recycled plastic). 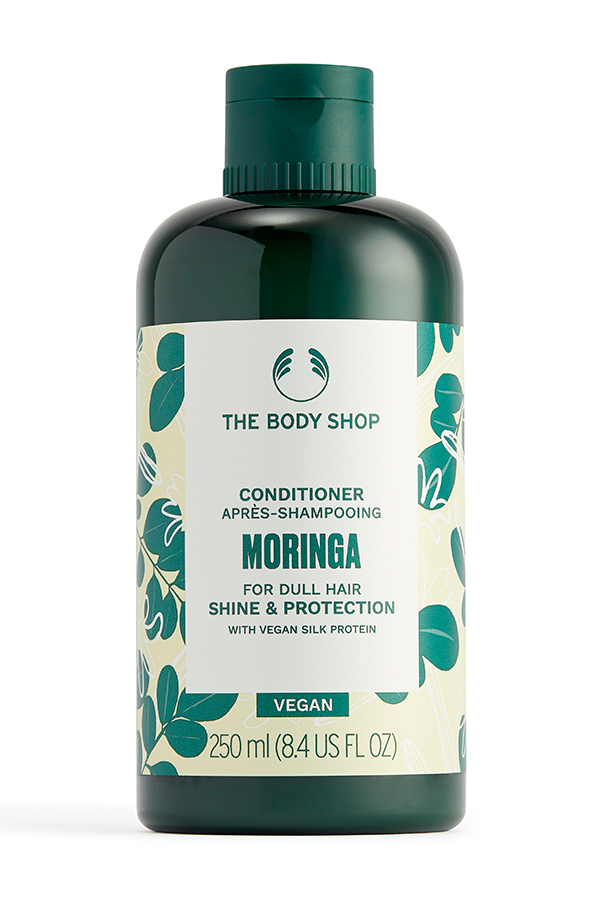 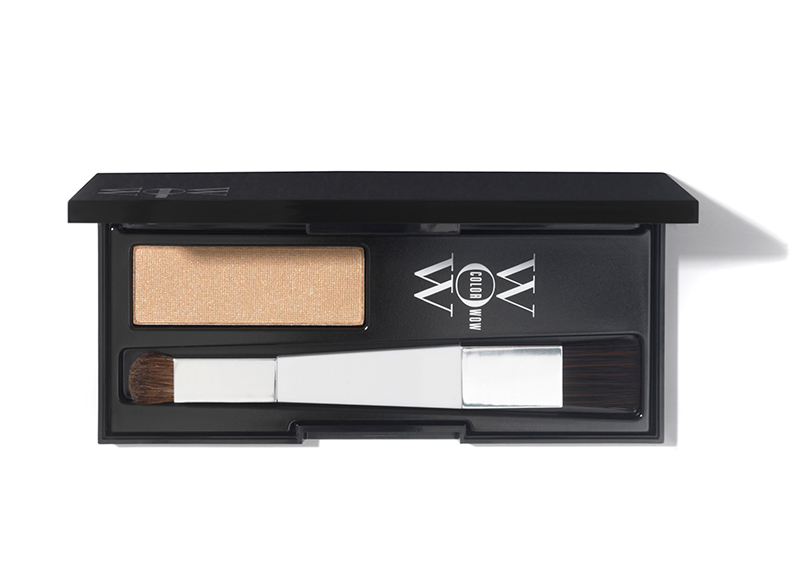 If root touch-ups are needed in between – and to stretch out – those salon appointments then I still love Color Wow Root Cover Up (£29.50, spacenk.com), a powder that you apply with the small brush included in the compact (the blonde shades work for bronde, too, I find). Josh Wood Colour’s paint-on Blending Brush (£19, joshwoodcolour.com) is also excellent and, personally, I prefer it for covering up larger areas (the Dark Blonde shade is a good choice for this trend). @edwinaingschambers

These supermarket sun creams are just as good as more expensive...

The game-changing skincare tool that costs less than £10

This is the brand behind Lily James’ Mamma Mia 2 premiere...

This is the most Googled eye cream of the year (and...

The banana bun trend is exactly what you need for greasy...