Those with a nervous disposition might like to read this issue while holding someone’s hand. It’s our Paranormal Special, devoted to all sorts of tales of the supernatural, from ghosts to angels and our cover story on psychic children.

I don’t know why so many of us are fascinated by spooky stories, but we are. My only personal brush with anything supernatural is in the odd moment of being what I would describe as ‘uselessly psychic’. You know the sort of thing I mean: like the many times I’ve started thinking about someone I haven’t seen or spoken to in years, and then two minutes later bump into the very same person on a train. There was the time I dreamed I was unpacking a box, and pulled out the glass candlesticks I kept in my bedroom, to find them smashed to pieces. Literally five seconds after I woke up, one of those candlesticks spontaneously shattered right before my eyes. In another dream, a stranger across a dinner table said, ‘It’s five in the morning, don’t you have to get up?’ I woke up to see it was indeed 5am, and yes, I had a flight to catch. And I’d forgotten to set my alarm. OK, maybe that spooky moment was pretty useful, but I wouldn’t rely on me for next week’s lottery numbers.

Obviously I know these are coincidences rather than evidence of any psychic gift. But I really enjoyed these moments all the same, because I think, deep down, whether you’re an unquestioning, willing believer or a hard-boiled sceptic, you have to admit, tales of the paranormal are really great fun.

I’ve never seen a ghost, but I’m happy to say I want to believe in them. For one reason, if I didn’t, I’d have to admit to a lot of my friends being stark raving mad. There’s the one who had multiple visitations from a male entity in a New York hotel room. The concierge confirmed she was far from the only person to have been roused in the middle of the night by a disembodied voice next to her in the bed. Another friend and her husband both swear they witnessed a boy, dressed in Victorian clothes, run across a street and promptly disappear into thin air. Two more of my friends both saw the same silent woman obviously distressed and pacing on the landing of a third friend’s new house – an exorcist was called in for that one, I kid you not.

If there’s such a thing as ‘ghost envy’ then I’m definitely a sufferer. I choose to believe my friends because firstly, it’s way more fun than any ‘it must have been the wind’ rationale. Secondly, I’d much rather live in a world where there is still mystery, things we have to learn. And thirdly, more seriously, it opens us up to the possibility of remaining connected to those we have loved and sadly lost. When Gloria Hunniford talks so movingly about the ways she still ‘feels’ her late daughter, Caron, it’s only the hardest of hearts that would deny her that faith.

I think believers will find much in this issue to intrigue. Sceptics, I’m hoping you will be amused. Either way, I’d love to keep hearing your experiences of the not-so-easily explained.

Please enjoy the issue – if you dare! 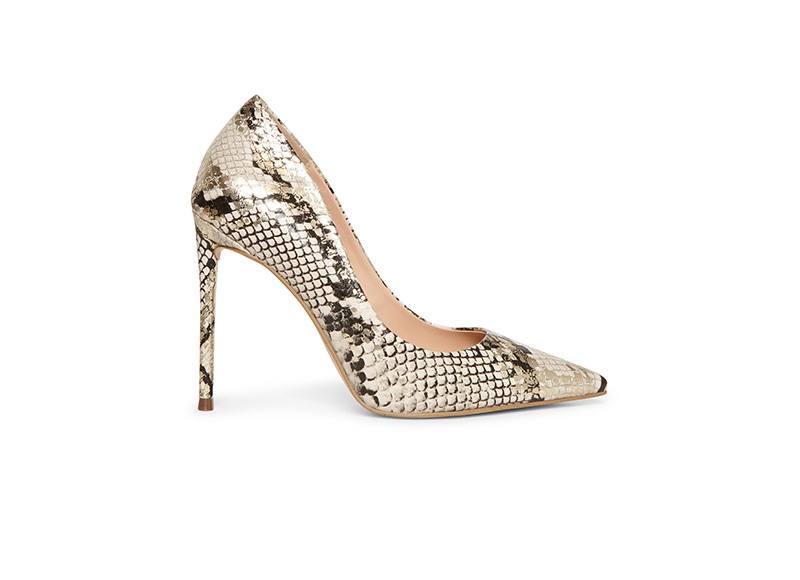 We have a fun way for you to win a whole new wardrobe of shoes. Throughout the issue, we’ve hidden a few pictures of our friendly ghosts, seen here. Count how many you find, click here for details of how to enter, and soon you could be collecting your favourite pairs from this very cool brand. How many ghosts can you find? I’ll give you a head start: there are two on our spooky cover. Good luck!