Dunelm has become known in recent months for some of its ultra-chic offerings, which have renewed the brand’s status as a ‘cool’ place to stock up on your interiors. First, there was the wooden bath rack that became Insta-famous. Then there was its velvet chair, which rivalled some of its more expensive counterparts. And now, the brand can’t seem to keep this incredible statement mirror in stock.

The Dunelm Apartment Leaner Mirror has a black frame and arch shape, and comes in a wide and slim version. It’s become popular thanks to its sleek appearance as well as its ease; all you need to do is lean it against a wall rather than attaching or hanging it in any way. Faff-free, some may say.

The wide version first flew off the shelves earlier this year, and Dunelm recently announced it had been re-stocked on their website. Mere hours later, however, the mirror was showing to be ‘out of stock’ again, much to shoppers’ dismay.

The good news is that the slim version of the mirror is currently still in stock; but you better act fast as it’ll no doubt go in the same direction as its slightly more expensive cousin.

The Dunelm Apartment Narrow Leaner Mirror is being sold for £40, which is a very fair price when considering the larger design would set you back £100. Still, both are much more affordable than many similar mirrors by more expensive retailers such as Made and Habitat. 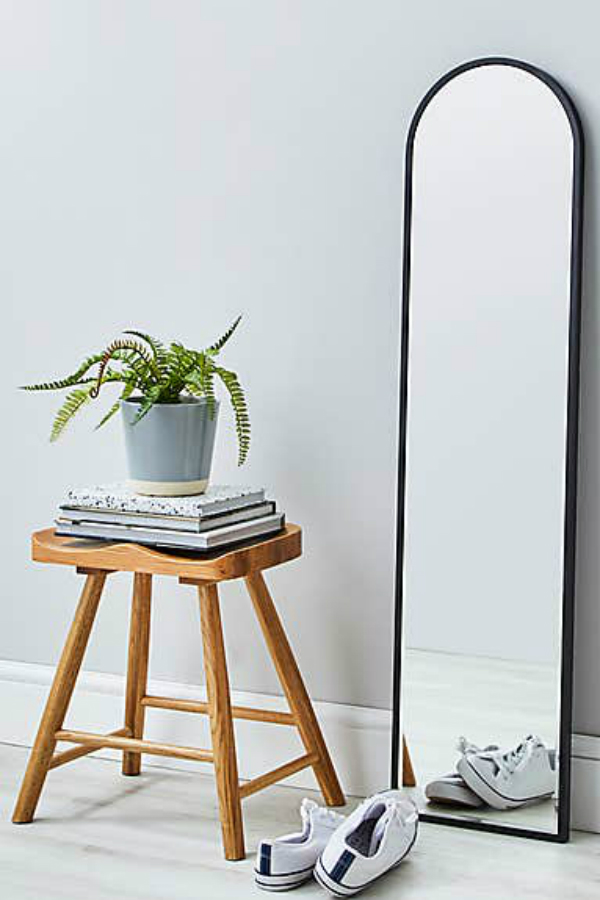 Reviews of the mirror are beaming, with one writing on the Dunelm website: ‘The quality is unbelievable for the price. Looks fabulous. Sleek and modern. Thrilled with it.’

Another added: ‘Really good value, looks more expensive then it is.’

The narrow version has even more praise on its product page, with one customer saying: ‘Great mirror, secure fitting, looks just like the images and is great value for money!’

Get in there quick if you want a chance to snap this version up!