Q. My periods have become very heavy and I’ve been told that I have fibroids and low iron levels. My gynaecologist has talked about a hysterectomy, but this seems extreme as my periods won’t continue for much longer (I’m 47). What other options are there?

Fibroids can be one of the blights of the perimenopause – that time running up to the menopause – when periods become alarmingly unpredictable and your sleep can be disrupted by hot flushes or sweats.

They are non-cancerous growths in or around the womb and affect one in three women. They often increase during the perimenopause, occasionally growing to the size of a 20-week pregnancy, and can be very uncomfortable. Many women with fibroids suffer unpredictable heavy bleeding. This can disrupt holidays, restrict lifestyle and result in iron-deficiency anaemia, which may leave you exhausted. If you’re not already taking iron tablets, it might be wise to start.

Most women don’t need intervention and fibroids are likely to shrink naturally as oestrogen levels drop with the menopause. For less invasive approaches than surgery, your GP can prescribe medication such as tranexamic acid tablets to reduce blood loss by about 50 per cent and lessen the pain. Taking the synthetic hormone progestogen can also reduce bleeding in up to 70 per cent of cases and help shrink fibroids. The combined oral contraceptive pill may reduce blood loss, too. One of the most effective solutions is the Mirena coil, which is fitted into the womb and releases a small amount of progestogen. It can reduce bleeding by up to 99 per cent and the size of the fibroids by up to 40 per cent. However, if yours are large or affect the shape of the womb, it may not be possible to fit the coil. Medication that blocks natural hormones oestrogen and progesterone can be used to reduce fibroid size but may aggravate symptoms such as sweats and flushes. As with any medication, discuss it with your doctor.

A short-term solution to defer a very heavy period – if you have a holiday or big event planned – would be a progestogen tablet such as norethisterone, which your GP could prescribe for you for seven to ten days. The next step, if the drugs aren’t working, would be a minor surgical procedure such as endometrial ablation. This involves removing the womb lining via a fine instrument inserted through the cervix. Alternatively lasers can be used to shrink fibroids or cut off their blood supply.

If, after speaking with your GP, you decide a hysterectomy is the only option, your womb can be removed by a small incision in the vagina and it can even be done under local anaesthetic, so you can be up and about in no time.

The root of much stress

‘Doctor, it’s gone red! Purple, in fact – maybe magenta…’ This potentially alarming finding while going to the loo is more common than you’d think. Dark or fresh red blood in poo is something we take seriously, as it may be the first sign of bowel cancer. And tar-like black blood can indicate bleeding from the intestines or stomach. But what about reddish-purple poo? The culprit is likely to be beetroot. To find out, avoid it for a couple of days then reintroduce a good sized portion to see if you get that magenta colour, rather than the rusty red or crimson of blood. Beetroot has many benefits, including lowering blood pressure – but this may be one of the few times when it can inadvertently put someone’s blood pressure up! For concerns about bowel cancer, visit bowelcanceruk.org.uk. 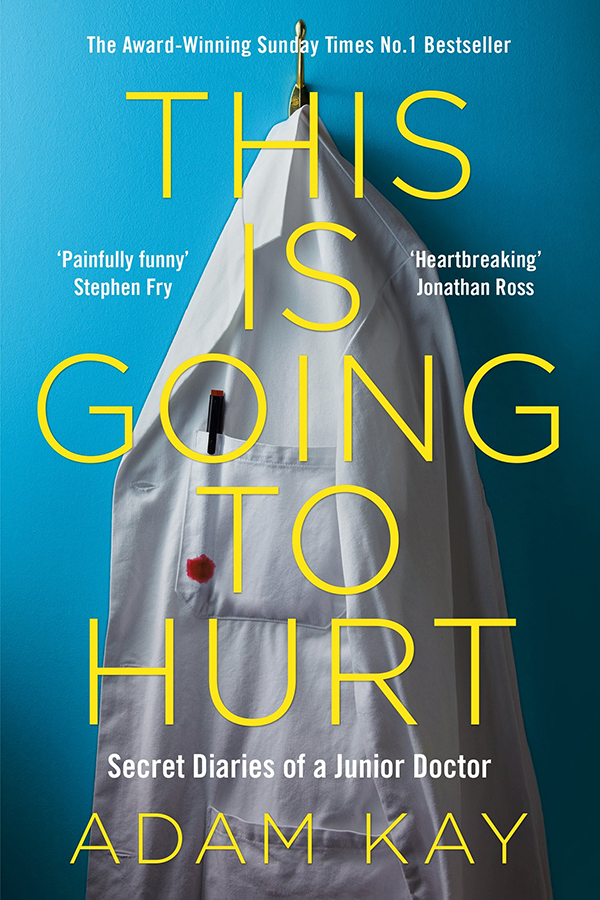 Hilarious, poignant diary of an overworked junior doctor – particularly relevant as my son is starting out as one.

These are the highest rated Friends episodes of all time

The best handheld fans for keeping you cool on the go

Our beauty director Edwina Ings-Chambers’s powerful account of her battle with...

Elizabeth Day: ‘I love socialising… but I love my sofa more’