Going on holiday is lovely, but getting there rarely is. How often have you heard the dreaded words, ‘I’m going to be sick’ from the back seat of the car?

Motion sickness is common and can affect as many as one in three people, particularly children. It’s caused by conflicting information which is sent to your brain from your senses. For example, when your surroundings, such as the inside of a car, appear steady, while the fluid in your inner ear, which is responsible for balance, tells you that you’re moving. This triggers symptoms such as nausea, salivation, sweating, dizziness and vomiting. Travel sickness can also happen with rough seas or flight turbulence, with symptoms worse for pregnant women experiencing morning sickness, and it’s a huge problem for astronauts, too. Even watching an IMAX movie close up can leave me feeling queasy, due to the disconnect between what I’m watching on the screen and my balance system.

For a young child, whose senses are more easily scrambled by these confusing messages, this can be especially nausea-inducing. They are focused on the world inside the car – a book, toy or video game – while their inner-ear fluid is swirling around, telling them they are on the move.

The most common causes of car sickness are reading, travelling in a small vehicle, bumpy or winding roads, sitting in the back seat and facing backwards. Here are some tips on how to manage it…

Drive steadily, slow down before corners and avoid sudden movements. If your child is particularly prone to motion sickness, it can help to put them in the front seat – looking through the windscreen helps them make better sense of the conflicting signals and sensations. But this can be a difficult choice as we know it’s safer to sit children in the back and to remain rear-facing for as long as possible. Children aged between three and 12, up to the height of 135cm, are allowed to sit in front on a booster, but you need to push the seat as far back as possible from the airbag. The car seat should also raise your child so they can look out of the window more easily. Never put a rear-facing child seat in the front.

Distract children with music or an audiobook instead of letting them watch videos or read books. Sing songs or play travel games such as I-spy, as this keeps them looking outside the car. Open the window, keep the temperature cool and take frequent breaks. As soon as symptoms occur, stop the car if you can, let them get out and walk around. My daughter would feel better after lying flat on her back like a starfish for a few minutes, which led to some strange looks at service stations. And obviously try to avoid having a heavy meal before travelling – it’s much better to eat light and stay hydrated.

Keep a bowl or container, a towel and biodegradable wipes to hand. Chewing gum, as well as natural remedies such as ginger tablets or peppermint, can alleviate nausea, while some people use acupressure bands such as Sea-Band. Travelling at night often helps.

Cinnarizine tablets, such as Stugeron, work by reducing stimulation of the ear’s balance organ and can be taken from five years old. It should last up to eight hours and sucking the tablet makes it work faster. Hyoscine hydrobromide, such as Kwells, also works on balance, as well as the vomit centre, and can be used by children from ten years old. For severe sickness, a scopolamine patch can be used, which lasts up to three days, but these medications can cause tiredness and a dry mouth, so always read the instruction

And for on-the-go hot shots… 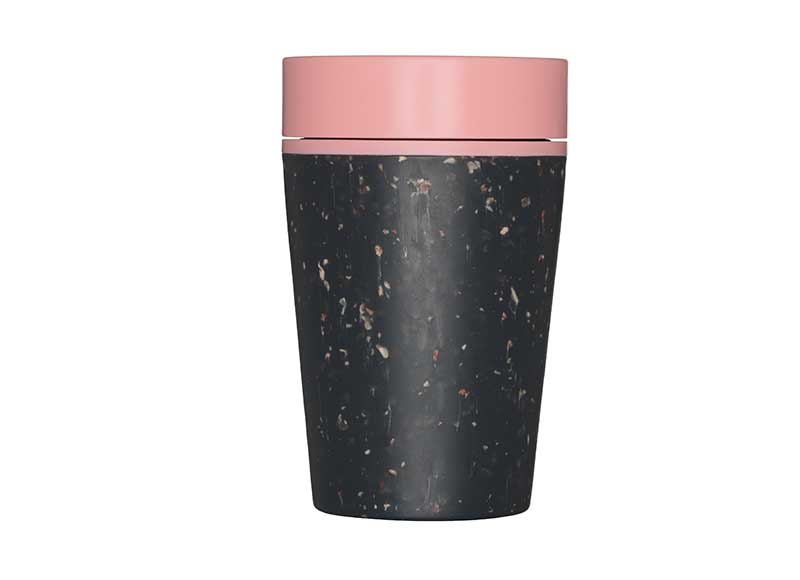 In keeping with the travel theme, I have taken a liking to this neat reusable travel cup, which is 100 per cent leak-proof (so far) and easy to drink from.

Produced by a former Dyson designer, along with a team of recycling experts, it’s the world’s first travel mug made from recycled coffee cups (giving it a great feel-good factor) and its insulation means that it keeps my iced drinks cold and my coffee hot. From £11 for 8oz, rcup.co.uk

Editor’s letter: The secret of getting what you want  – solved!

When did Zoom go so… Zen? The virtual wellness classes helping...

Kate’s mission for mums and dads: Why the impact of her...

How to join in with the Christmas Eve doorstep bell ring...

Why anger is all the rage and how to channel it...

Liz Wilde: ‘Here at last was the story behind my mother’s...