A patient came to see me recently saying she was feeling run-down and fatigued. She thought her lifestyle – she is in her 40s, has a busy job and kids – might explain why she felt tired all the time. However, she also said she was losing hair and that her periods were getting heavier. When I examined her, she had a bounding pulse and looked pale. I thought she was probably anaemic and arranged blood tests – they came back showing anaemia and iron deficiency.

Although there are many types of anaemia, iron deficiency anaemia is the most common. It is seen far more in women (especially of reproductive age) than men – and it is also very common for women to develop it during pregnancy.

The average healthy adult carries around 3-4 grams of iron (equivalent to two to three small nails) in their body. It is needed to produce healthy red blood cells, which in turn do the vital job of delivering oxygen to your tissues and organs so they can function properly. If your GP suspects anaemia they may carry out a simple blood test to check if your haemoglobin levels are low and if you have fewer red cells in your blood. They may also check if your ferritin levels are low, as this suggests that you haven’t been storing enough iron, and they may consider ordering further tests to identify the causes of your iron deficiency anaemia.

Blood loss is the commonest cause of iron deficiency, usually due to heavy periods in pre-menopausal women. However, some bleeding may not be obvious so anaemia could be the first sign that there is a problem – such as internal bleeding in the gastrointestinal tract. Medications such as aspirin or ibuprofen can cause bleeding in the stomach, as can inflammation in the gut. In some cases blood loss can be from a growth, sometimes cancerous, in the gastrointestinal tract or less commonly from the urinary tract, which needs further investigation.

Your doctor may prescribe a high dose iron supplement such as ferrous fumarate tablets or syrup, ferrous gluconate (a medium strength tablet), or Sytron syrup, which is low strength. These may cause side effects such as constipation, stomach upset and nausea as well as turning your poo black. Iron supplements are also available over the counter.

Pharmacist and nutritionist Richa Puri says, ‘The good news is that, for routine use, these supplements now only need to be taken once daily. It’s important to take them regularly as it may take weeks to re-stock your iron stores. Liquid preparations for mild anaemia, such as Spatone or Floradix, are thought to be kinder on the gut and more easily absorbed but deliver a much lower dose.’

Puri also emphasises that it’s essential to maximise your iron intake through food, particularly if you are finding the medication difficult to tolerate. The best sources of iron tend to be red meat and liver, dark poultry meat, eggs, fish and seafood. Plant-based sources tend to be less readily absorbed so vegans and vegetarians may be more prone to iron deficiency than meat eaters and need plenty of leafy green vegetables such as spinach and broccoli, beans, lentils, nuts, seeds such as pumpkin seeds, quinoa, tofu and iron-fortified foods.

Foods rich in vitamin C, such as oranges, help improve the body’s absorption of iron, while some foods – such as coffee, tea, dairy products or those containing calcium – hinder it.

Since mild iron deficiency can leave you functioning below par, getting your levels back into the normal range should see your energy increase, along with your chances for conception and a healthy pregnancy. Your immune system also improves, as does general health, brain function and even mood.

The clever cuppa that gives flu the boot 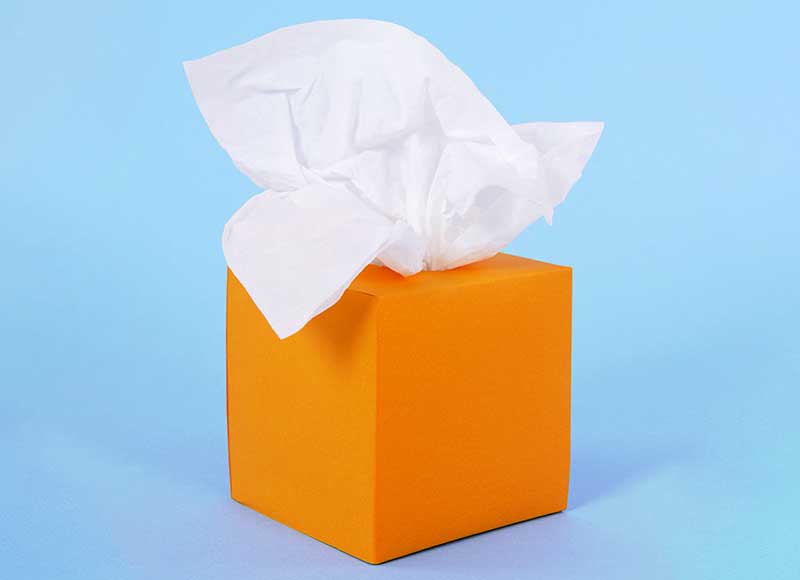 It’s coming up to the flu season and it looks as if this year there may be a more aggressive strain of the ‘Australian flu’ that hit the UK last winter. It’s certainly worth getting a flu jab if you can. I will also be eating sauerkraut and drinking the fermented tea kombucha, because fermented foods have been shown to boost gut bacteria and are thought to improve the effectiveness of the vaccine.