Q: I have a large cyst, about 7cm wide, at the back of my knee, which causes stiffness and pain. I am a 76-year-old woman in otherwise good health and formerly very active, but if I live as long as my 97-year-old mother did, two decades of limited activity poses a grim prospect for my health and weight. Is there a nonsurgical procedure that could remove it?

This type of cyst – called a Baker’s cyst after surgeon Dr William Baker, who first described the condition in the 19th century – occurs when there is damage in the knee joint, causing a build-up of the fluid that lubricates it. As the pressure increases, it stretches the lining of the joint, which then distorts like a balloon into the back of the knee. You may feel it as a soft fluid-filled bulge.

Often there are no symptoms apart from the swelling but, as in your case, the cysts can cause pain and stiffness. They affect around one in five of us as we get older and are usually due to damage to the knee from wear and tear, arthritis, or the result of a torn meniscus – the ‘shock absorber pad’ inside the joint.

For most people, simple support is enough: when the cyst is causing pain, rest your knee, use ice and consider compression with an elastic knee support from the chemist. Paracetamol or non-steroidal anti-inflammatory drugs, such as ibuprofen, can help reduce pain and swelling. Symptoms usually settle without treatment, although it can take months to do so. If you are overweight, losing some will help. You should avoid, or certainly be extremely careful, when squatting, kneeling or lifting anything heavy. Some people suffer from recurrent or persistent swelling, particularly when they have been overdoing it, or jar their knee accidentally.

Your doctor may suggest an ultrasound or MRI scan and refer you to a specialist. If your cyst doesn’t settle with supportive care, then drainage and a steroid injection can relieve the pressure and reduce pain, Exercise is important as it will strengthen the muscles
but it does tend to recur. Only rarely is the cyst removed surgically.

I spoke to physiotherapist Natasha Price, who runs Central Health Physiotherapy in London. She advises that the most important thing you can do is strengthen the muscles around your knee to support and reduce strain on the joint. Look online for ‘NHS Inform Exercises for Knee Problems’ – you’ll find advice and videos you can follow. Cycling, aquafit and swimming (but not breaststroke) are also good for strengthening the knees, as is walking in supportive shoes. Knee exercises should not only improve your cyst but help prevent falls too.

It is rare for a cyst to rupture, causing sudden pain, swelling and redness at the back of the knee and in the calf. If this happens, see your doctor, particularly because it can appear like deep vein thrombosis (a blood clot in your leg) and this may need to be excluded urgently.

Simple steps to a longer life 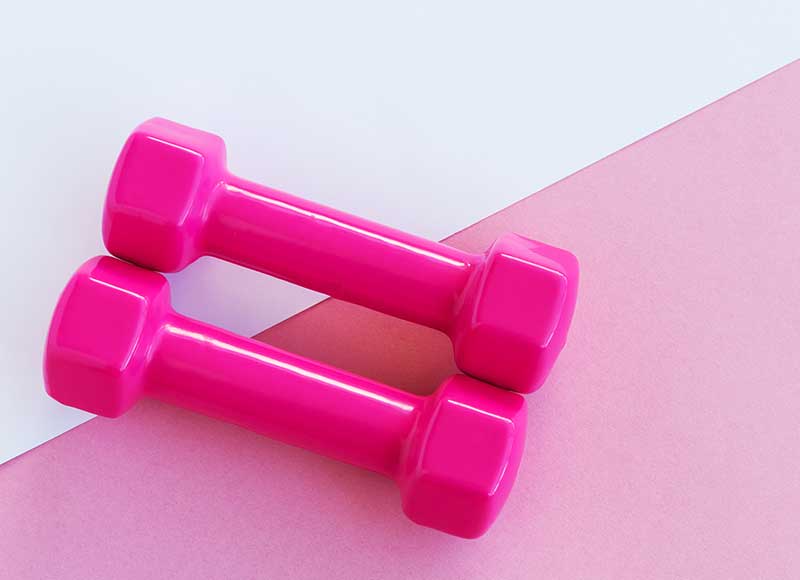 Most of us know that we should do 150 minutes of moderate exercise – or 75 minutes of vigorous activity – each week, but those targets can be hard to hit. Don’t get dispirited if you fall short; a recent study published in the British Medical Journal followed 232,000 participants and found that, when it comes to exercise, every extra bit you do really does make a difference.

The study showed that if you’re not exercising much already, even small increases to your activity level can substantially reduce your risk of premature death. The simple message is sit less and move more. So get up from your desk and move around more frequently, take the stairs, not the lift, and go for a short daily walk.

More encouraging news: another study shows that ‘any amount of running, even just once a week’ is linked to a 27 per cent lower risk of premature death.

If you’re not used to doing any physical activity, build up to it gradually, perhaps with the help of an app such as the NHS Active 10 tracker, which eases you in with a brisk ten-minute walk each day.