There’s something about a period drama we just can’t get enough of. Bridgerton has been one of Netflix’s most talked about shows this year, with the highly anticipated second season delighting fans all over the world when it dropped back in March. But we predict that the focus is about to shift as Downton Abbey, which first aired on television 11 years ago, has released the first behind-the-scenes look at its film sequel.

When the smash hit TV period drama ended on Christmas Day 2015, we all thought that was the end of the Crawley family drama. However in 2019, fans were treated to the first Downton Abbey film. It was such a hit that it raked in £152 million upon release on the big screen. 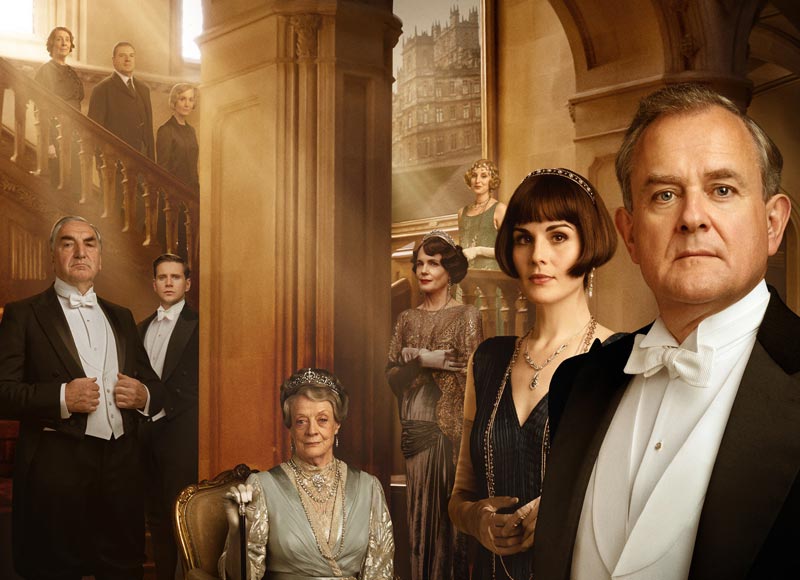 And now, almost three years on and the pandemic continually pushing back the release date, we finally have our next Downton Abbey instalment, though it’s not the second film (set to be released in the UK on 29 April), it’s a four part behind-the-scenes series, named Downton Abbey: A New Era – Behind the Lens.

Launching online today (19 April), a short trailer was released a few days ago to give dans a taste of what they could expect: Radio DJ Clara Amfo going around the set and talking to the cast about the making of the newest movie.

And you can now whet your appetite with the first episode below:

Here’s everything we know about Downton Abbey 2 so far…

When will the Downton Abbey film sequel be released?

It was originally announced that the Downton Abbey film sequel would be ‘in theatres Christmas 2021’. However, Deadline reported the release date has been pushed back to spring the following year. The official release date was then confirmed as 18 March 2022. However, it’s bad news for die-hard Downton fans as they’ll now have to wait even longer.

The official Downton Abbey Instagram account wrote: ‘A New Era will be setting sail a little later this year. The motion picture event is coming to theaters April 29th in the UK and May 20th in the US.’

It’s not been confirmed why the release date has been pushed back, although we can assume it might have something to do with trying to film with Covid restrictions.

Who will star in Downton Abbey 2?

According to Focus Features, ‘the original principal cast will all once again return for the second film.’

Downton Abbey’s main cast will all be back to reprise their rolls. There will be new characters too, with Hugh Dancy, Laura Haddock, Nathalie Baye and Dominic West joining the cast.

What will the plotline be?

The name of the new film is Downton Abbey: A New Era, so we can expect there to be plenty of ‘new’ things going on. The teaser trailer gives us a good idea of what to expect, inviting audiences on the ‘grandest escape of the year’.

In the trailer, newcomer Laura Haddock makes a dramatic entrance dressed in all her finery. It also features Violet Crawley telling Mary that she’s come into the possession of a villa in the south of France, then shows the family travelling there. There are also shots of summer parties and widower Tom Branson marrying maid Lucy Smith in a lavish ceremony.

In a second trailer released via the official Downton Abbey Instagram account on 15 February, we get to see even more detail about the upcoming film, including a rather meta plot line that sees the Abbey playing host to a film crew as they intend to make ‘a moving picture – at Downton!’

Speaking to Metro, Michelle Dockery (who plays Mary Crawley), gave an exciting insight into what we can expect from the new movie and what it was like to film.

‘It was brilliant. We’re like a big family so it’s always really fun going back, and we had so much fun,’ she said. ‘There is a trip to the south of France… So a lot of the characters are taken out of the environment that they’re used to. It’s really interesting to see the characters in another place. It’s a really fun film. That’s all I can tell you!’

Towards the end of the first Downton Abbey film, Violet Crawley suggested to her granddaughter Lady Mary that she didn’t have long left to live. But writer and producer Julian Fellowes said in an interview with Empire: ‘We should remember that at the end of the film, Maggie [Smith] was by no means dead. You imagine Violet is on her way out, but that decision hasn’t been reached.’

Stay tuned for all of the Downton Abbey film sequel updates here.