Channel 4 has today released the first look still for the long awaited third and final series of the award-winning Derry Girls. 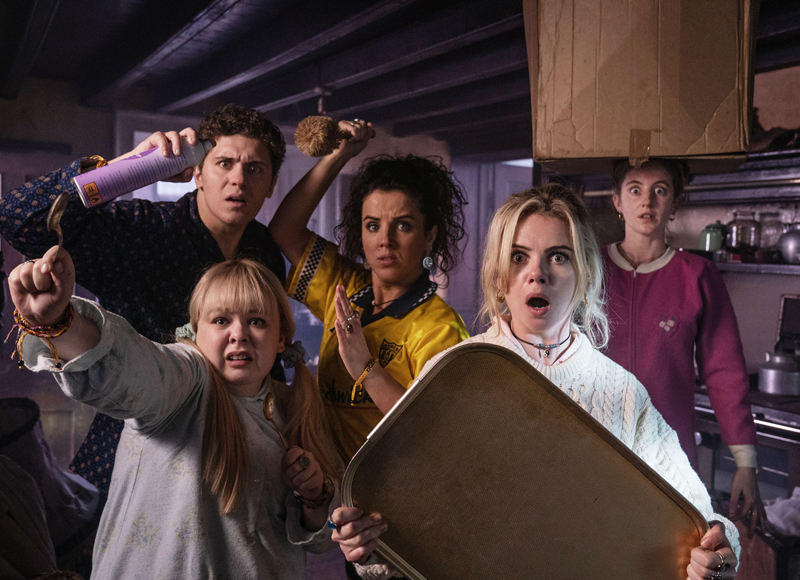 The cast and production team of Lisa McGee’s hit sitcom Derry Girls have been dropping hints about the long-anticipated third season for almost a year, while fans have been waiting for Orla, Michelle, Erin, Clare and James to return to their screens with their hilarious high school antics set in 1990s Northern Ireland.

Any hints on the plot for Derry Girls series three?

In series three, which is coming soon to Channel 4 and All 4, viewers will see that while Northern Ireland is growing up this gang of eejits certainly aren’t anytime soon – while there’s hope in the air that The Troubles may finally be over their troubles are only just getting started as they get ever closer to ‘adulthood’.

Dylan Llewellyn – who plays James, an honorary girl under the umbrella of the show’s title – teased fans on his TikTok channel, with a video that may or may not hint at a storyline in the upcoming series. It shows Erin walking down the corridor at school to the soundtrack of Taylor Swift’s Wildest Dreams, whilst James looks on in admiration – might their post-prom romance finally be about to blossom? Writer Lisa McGee has kept it firmly under wraps, telling podcaster Jarlath Regan that she had originally planned a romance between the two, but once they’d been cast and she realised how well they worked as friends, she wasn’t so sure if it would work.

What we do know for sure is that this is the final series of Derry Girls – McGee said on social media in September that the coming-of-age tale will be coming to an end after the third season.

Lisa McGee said in a statement: ‘It was always the plan to say goodbye after three series. Derry Girls is a love letter to the place I come from and the people who shaped me. It has been an honour to write it and I will be forever proud of everything it’s achieved. I’d like to thank the people of Derry and Northern Ireland for getting behind us.’ 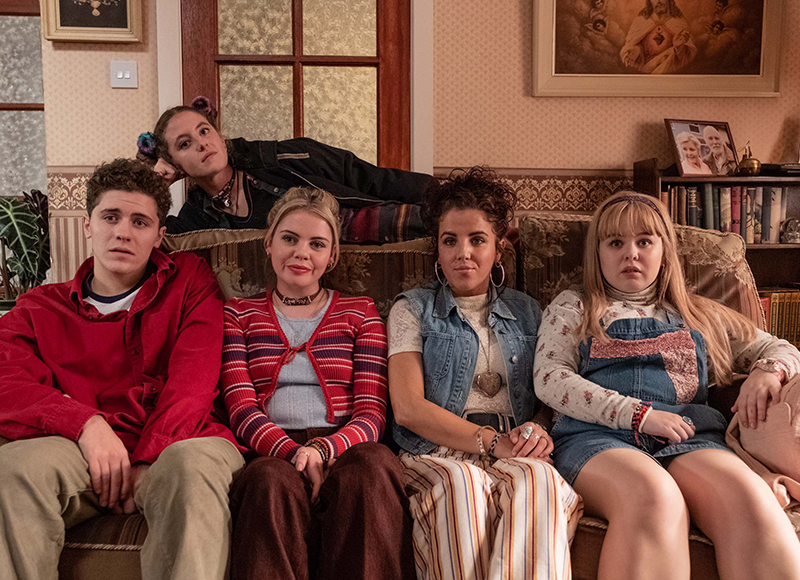 What have the Derry Girls cast been up to since season two?

Whilst filming of Derry Girls Season 3 has been delayed several times due to Covid-19, the cast has been busy working on other projects since season two finished.

When will the third series of Derry Girls air?

Derry Girls Season 1 and 2 is available to stream on channel4.com.