Last month, Dame Deborah James announced she would be moving into end of life hospice care after having terminal bowel cancer for five years. She’s spent that time spreading awareness on her hit podcast You, Me and The Big C, and raising over £6 million for charity. But even after the news, Deborah continued to raise money for cancer charities by sharing honest accounts of her experience, and through her In The Style clothing range. 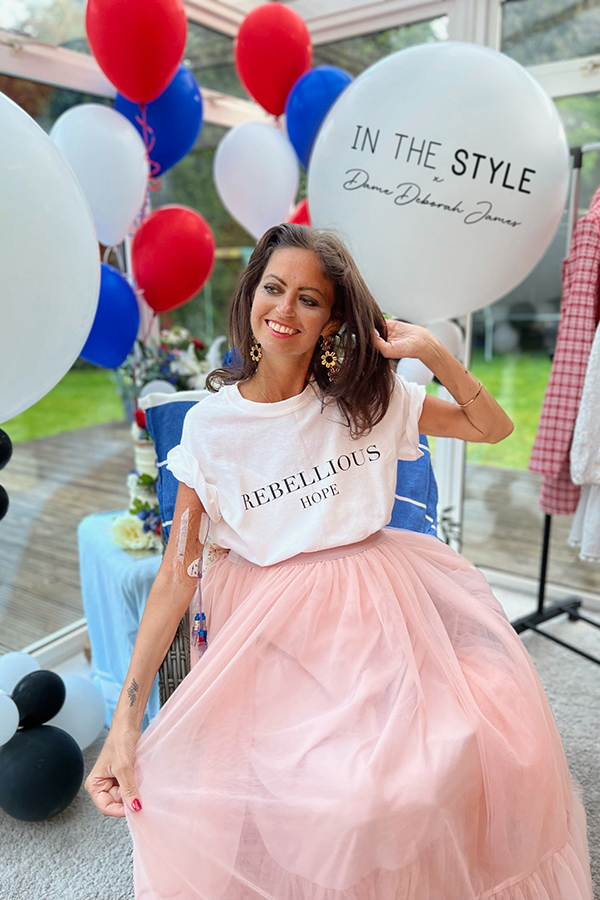 It doesn’t stop there, either. Deborah James has made another huge achievement in raising awareness by getting M&S, Andrex and Aldi to detail the symptoms of bowel cancer on their toilet roll packaging. She has been lobbying for supermarkets to display the symptoms on toilet roll covers so more people are aware of the warning signs, in an attempt to catch the cancer early.

Bowel cancer is the fourth most common cancer and the second biggest cancer killer in the UK. So it’s great news that Andrex has now teamed up with Bowel Cancer UK to change its packaging, to display the common signs of the disease.

The new toilet roll packs are set to be on shelves from September, and Andrex has also said it will make a £65,000 initial donation to the charity. The packaging will also feature a QR code, which will redirect consumers to the Bowel Cancer UK website.

Genevieve Edwards, CEO of Bowel Cancer UK, said: ‘We’re thrilled to partner with Andrex to raise vital awareness of bowel cancer symptoms with people all over the country. It’s the UK’s fourth most common cancer, with someone diagnosed with the disease every 15 minutes in the UK.

‘Bowel cancer is treatable and curable especially if diagnosed early, but 60 per cent of people are diagnosed at later stages when it is much more difficult to treat. Part of the problem is low awareness of the red flag symptoms of bowel cancer that should prompt people to contact their GP.

‘This brilliant partnership will help millions of people across the UK know what to look out for and will undoubtedly save lives.’

Dame Deborah Jones has already celebrated Marks and Spencer’s decision to add the symptoms to their packaging. If you need a reminder, Bowel Cancer UK has shared the symptoms to look out for below.

‘If you have any symptoms, don’t be embarrassed and don’t ignore them,’ the charity wrote on Instagram. ‘Go to your GP. The earlier bowel cancer is diagnosed, the easier it is to treat.’