I find the interest in royal pregnancies excessive: the endless charting of the baby bump, the overuse of the adjective ‘radiant’, the ceaseless speculation about when the due date might be. I feel sorry for the TV reporters who have to schlep to the wing of some private hospital and fill hours of airtime with a thousand variations on ‘yes, we’re still waiting’ and I feel sympathy for the royal in question that there’s so much exhaustive attention paid to what is, after all, a routine part of human existence.

And I have a tricky relationship with royal babies. When the Duchess of Sussex announced her pregnancy last October, it was deemed, as ever, an incontrovertible piece of ‘happy news’ to save us all from the tiresome business of banging on about Brexit and Trump. The flip side? If you aren’t invested in this collective public happiness, other people tend to think you’re a bit odd: a pregnancy Scrooge, muttering bah humbug at the sight of a pair of bootees.

Like many women, I feel ambiguous. Not about Meghan, who deserves her happiness, but about the women who look at her pregnancy as a marker of what they can’t have. In 2014, when the Duchess of Cambridge was pregnant with Princess Charlotte, I was, too. Her second pregnancy was confirmed in September, almost exactly when I reached the eight-week mark. For me, it was an unexpected pregnancy. Earlier that year I’d had two unsuccessful cycles of IVF, after which the consultant told me that to have a third would be ‘like trying to pin the tail on the donkey while blindfolded’. Who exactly is the donkey in this scenario, I wondered, before walking out of the hospital and attempting to come to terms with the fact I might never have children.

Then, a few months later, I got pregnant naturally. I had an early scan at seven weeks. The fuzzy black screen revealed a pumping white dot. ‘That’s the heartbeat,’ the ultrasound technician said, smiling. The chances of miscarriage were less than five per cent, I was told, and that seemed a healthy enough statistic to start telling family and friends the news. When the royal pregnancy was announced, I worked out that Kate and I were probably due at around the same time.

The heartbeat didn’t hold out. Five weeks later I had a miscarriage. I was in hospital over a grim October weekend, bent double in pain. Weirdly, I didn’t cry. My main concern was being polite to the nurses. I didn’t like to bother them by asking for more pain relief. It’s strange, isn’t it, what your mind focuses on when your body is in crisis? I realise now that I was in shock. When I came home I was empty. For a while I lost the capacity to feel. I was numb; unable to process my own distress. On screen and in newspapers I charted the course of the royal pregnancy as the shadow twin of my own. When Princess Charlotte was born I felt sure that my baby would also have been a girl.

Now enough time has elapsed that I feel kinship rather than sadness when I see a picture of the Duchess and her sweet daughter. But for a time it was hard having such a public reminder of what could have been. It’s not easy to talk about this because miscarriage is sad and uncomfortable and many of us would like to forget it ever happened. I write about it because it deserves space. I write about it so that it no longer feels shameful or lonely.

So as Meghan prepares to give birth to what I hope will be a happy and healthy child, I think not just of her but of all the other women who might be experiencing loss. I would like these women to know that the sadness they feel over their miscarriage is just as important as the joy we are expected to channel for someone else’s pregnancy. I would like them to know that they are not alone.

Nike City black trainers, which go with everything and make me feel like a New York yoga teacher. Now a frankly absurd £29 via sportsdirect.com.

Heartburn by Nora Ephron. Amazingly, I’d never read this semi-autobiographical novel by one of my favourite screenwriters. I’m loving it. 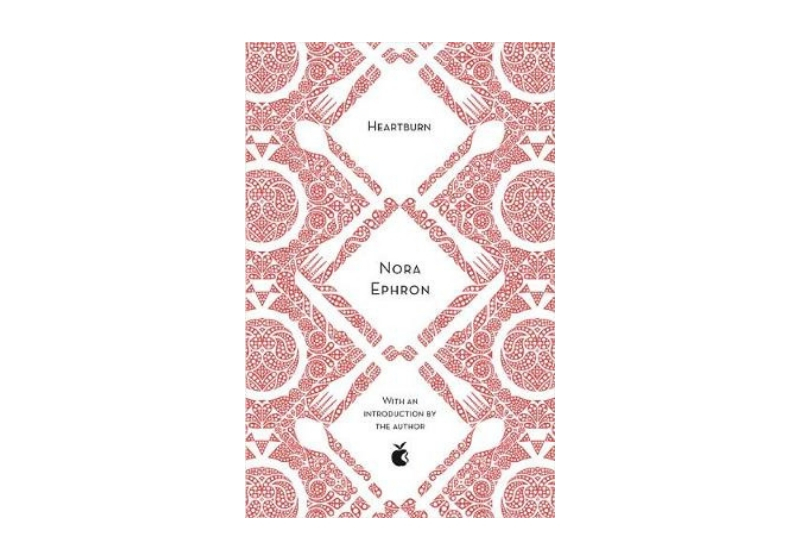