As the world’s most successful male model, DAVID GANDY has spent his career watching and learning from the best. Now, he tells Hattie Crisell, he’s launching his own brand to give the men in our lives a touch of the Gandy magic…

As a kid, the now supermodel David Gandy spent a lot of time in the school library. ‘I used to go there to read James Herriot, because I wanted to be a vet,’ he says. I ask whether he’s sorry that he didn’t pursue that dream but at this, he bursts out laughing. ‘It’s not just about being an animal lover, it’s the A-levels you need in biology and chemistry,’ he says. Warming to the theme, he suggests: ‘I could give the animals a hug and ask if they feel better? But no. I think it’s important to know your limitations.’

David is the first to point out that he didn’t achieve great academic success. Yet I leave our chat – over tea outside a smart hotel in Soho, London – feeling that, when it comes to building a career, he’s been very smart indeed. It all started in 2001, when he was doing a marketing degree at the University of Gloucestershire. His friends entered him into a modelling competition on ITV’s This Morning, which he won, securing a contract with Select Model Management.

Pictures from the time show him as a nervous, classically handsome 21-year-old, 6ft 2in, with broad shoulders, dark curly hair and big blue eyes. Yet his aesthetic was out of step with the skinny, androgynous models of the era. He worked mostly for catalogues until 2006, when an advertising gig for Dolce & Gabbana’s Light Blue fragrance propelled him into the big time: think an Adonis in white shorts, reclining on a boat, his sculpted body glistening in the sunlight.

Today he is smouldering in a more discreet way, in a T-shirt, trousers and a flat cap; his beloved rescue dog, yorkie mix Dora, snoozes by his feet. He’s in his 20th year of modelling – ‘Which seems mad,’ he says. As iconic as those Dolce & Gabbana images may be, they’re just one brick in a substantial career. He’s done more magazine covers and advertising campaigns than any other male model, had a long-running collection with Marks & Spencer, took part in the 2012 Olympics closing ceremony and combined all this with charity work for the likes of Battersea Dogs Home, Achievement for All and Childline.

And now he’s launching his own clothing brand. David Gandy Wellwear is a collection that comprises plain, well-cut tracksuits, T-shirts, pyjamas and jackets, with more to come next year. There’s also a wellness twist: he mentions research that’s found a link between soft materials on the skin and the release of oxytocin (the hormone that gives you the warm-and-fuzzies) – ‘So everything had to be super soft.’ Some of the fabrics contain aloe vera, which is anti-inflammatory and moisturising; others are antibacterial and anti-odour. The idea is that these are the most comfortable basics out there.

He’s been planning to start his own clothing label for a decade, so what took him so long? ‘A lot of people become a name, and think, “Right, now I can have my own brand.” I didn’t want to do that. I wanted to learn the process. When I was working with M&S I learned about factories, design, marketing… So I feel like I’ve paid my dues.’

It’s tempting to look at models and assume that their success comes simply from winning the genetic lottery – but I think David can take a bit more credit for his. Yes, nature’s been kind to him, but he had no family connection to fashion, and it’s almost unheard of for male models to become stars.

‘I always ran [my job] as a business,’ he says. ‘My inspirations were the female supermodels. It was years of observation. Then, when I worked with the likes of Christy Turlington and Kate Moss, I asked them questions. Christy would turn up with no entourage. They would work solidly for 300 days, 90 flights a year, and have a whole team behind them of publicists and an incredible agency. That’s what I’ve got in Select.’

His work ethic, he says, came from his parents. He was born in Billericay, Essex, where they ran a freight-forwarding business; later they had property and travel companies. ‘I saw my mum and dad working from seven o’clock in the morning until midnight. The secret of success is just bloody hard work.’

The first lockdown proved to be David’s first extended break from work and travel since his career started two decades ago, and he had to find other ways to stay busy. ‘We were up in Yorkshire where Steph’s mum is,’ he explains, referring to the barrister Stephanie Mendoros, who he’s been with since 2016. ‘I just said to her, “What do you need doing?” I built fences, cut down trees, took the dogs out for a walk, looked after Matilda [their daughter, who will be three next month] and cooked. Steph had to almost drag me back to London after three months.’

Fashion shoots and glitzy events have returned to his life, but childcare continues. They live in West London, and he collects Matilda from nursery. ‘I can be walking down the street singing “Baa Baa Black Sheep” at the top of my voice with her, and I do not care,’ he says. Back at home, he chops an apple into segments for her; she chews it but always hands him the soggy, unwanted peel. Belying any notion of pampered perfection, he eats it. ‘Of course! Otherwise I’ve got to get up and put it in the bin.’ There is very little trace of his family online. ‘I try to keep my private life as private as possible. There won’t be images of Matilda on social media. She can choose what to share when she’s older. It’s the same thing with Steph – if she and I go to an event, then we are going to be in the public eye, so it’s totally up to her if she wants to come along. She picks and chooses: “Oh, the Wimbledon final! I might make that.”’

What David’s Instagram does showcase to his one million followers is his personal brand. At 41, he has the enigmatic smile and chiselled face of an old-school Hollywood star, so it feels appropriate that he’s become known for his love of classic cars (sexy); rescue dogs (rugged) and well-cut suits (glamorous). Buying into David Gandy is like buying into a fantasy – one in which you live in the countryside, drive a Jag and spend evenings looking gorgeous by a roaring fire. ‘I’m probably known for style rather than fashion,’ he says astutely. ‘I still look at Paul Newman, Steve McQueen and Cary Grant for inspiration.’

As we finish our tea, I ask David what’s in his ten-year plan now. ‘My vision when I first started modelling was to be the best in the industry, and I saw a gap in that market to rival the female supermodels,’ he says carefully. ‘So I’d like Wellwear to be a global, very big brand. Everything I’ve learnt from 20 years is going into this, so I’d be a bit silly to think that’s not where I’m aiming.’ It’s an ambitious plan, but I’m looking at an Essex grafter who has already defied the odds. I think he might just do it.

How to dress the man in your life by David Gandy

GET THE BASICS RIGHT
By basics, I mean T-shirts, chinos, jeans and sweatshirts. People ask me how I make simple clothes look good and it’s because I’m quite precise, even about the T-shirts I wear. Try on different versions and notice which neckline, arm length and fit looks best on you.

KNOW YOUR MEASUREMENTS
I’ve fitted groomsmen for friends’ weddings and I’ve asked for all their sizes for their suits and shirts – and none of them have been right. So many men have no idea what size they are, yet the fit is such an important part of making something look good.

SPEND WISELY
For the essentials, you can find really good quality on the high street and don’t need to spend a lot. The things worth spending money on are good shoes and trainers, which will last for many years if you look after them, as will a great overcoat, quality suits, a Barbour jacket. These things never go out of fashion.

FORGET TRENDS
I’ve been guilty of wanting to be deemed trendy and fashionable, but it just doesn’t fit with me. The biggest key for a man is knowing what works for you and what you feel confident in – don’t worry about what everyone else is doing. Elegant and simple works for everyone.

BUY IN MULTIPLES
If you hit on a winning formula, it’s OK to stick with it. If you look at Tom Ford, or Giorgio Armani, or [Domenico] Dolce and [Stefano] Gabbana, they don’t really vary much in their style. They’re wearing great-fitting black or grey T-shirts and jeans or trousers.

MAKE SHOPPING FUN
There’s a perception that women are more into fashion than men. But our research has found that when men understand more about what they’re buying, they can get passionate about it because they start to know what they want. Shop together and make it fun. 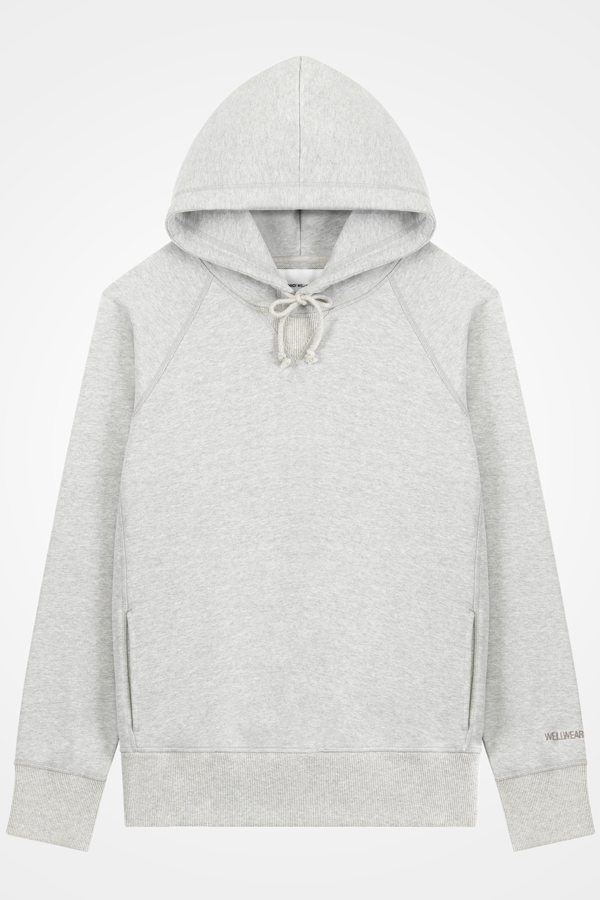 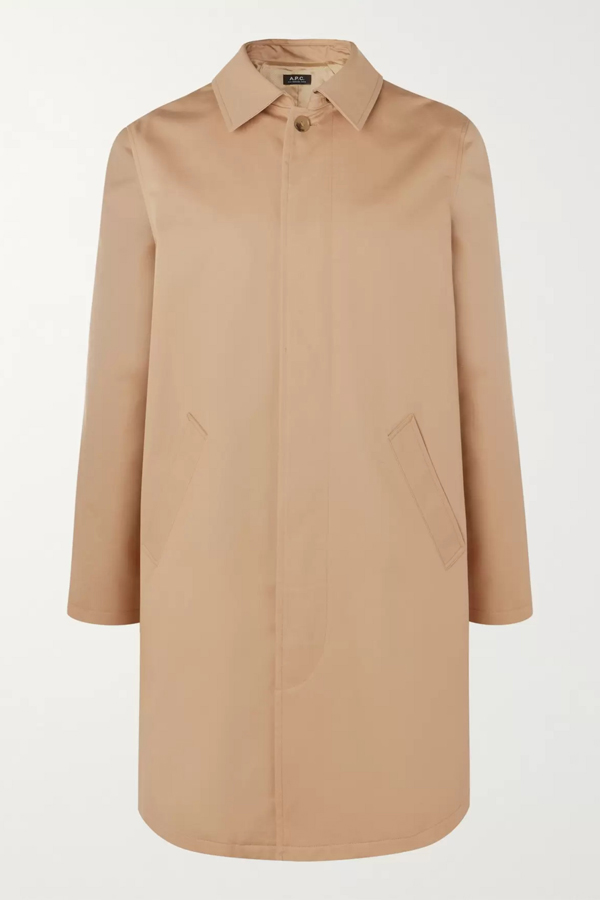 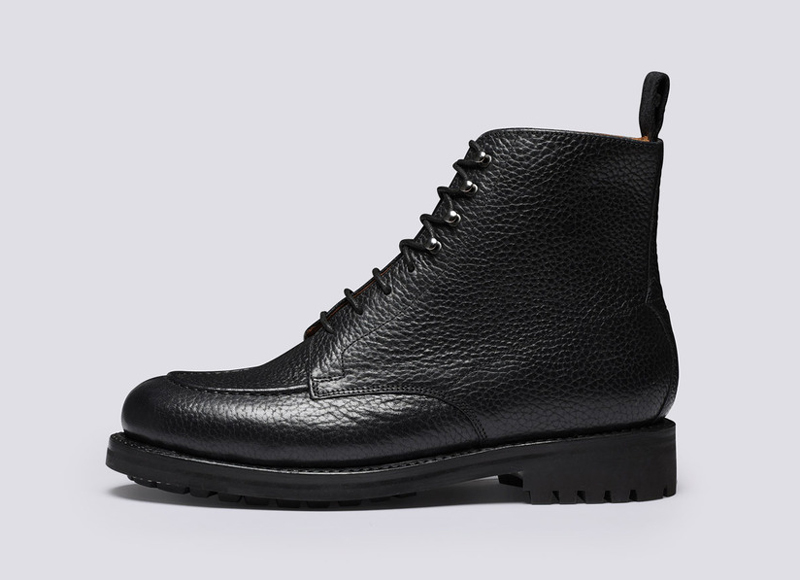 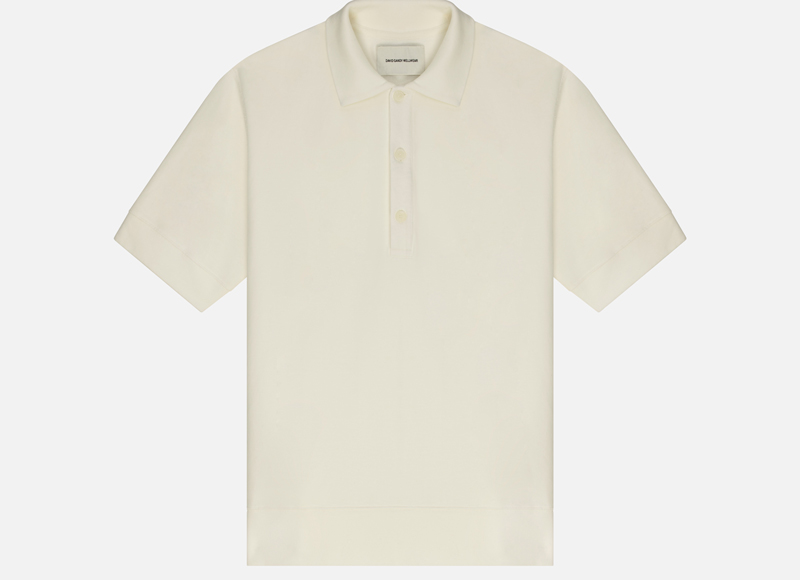 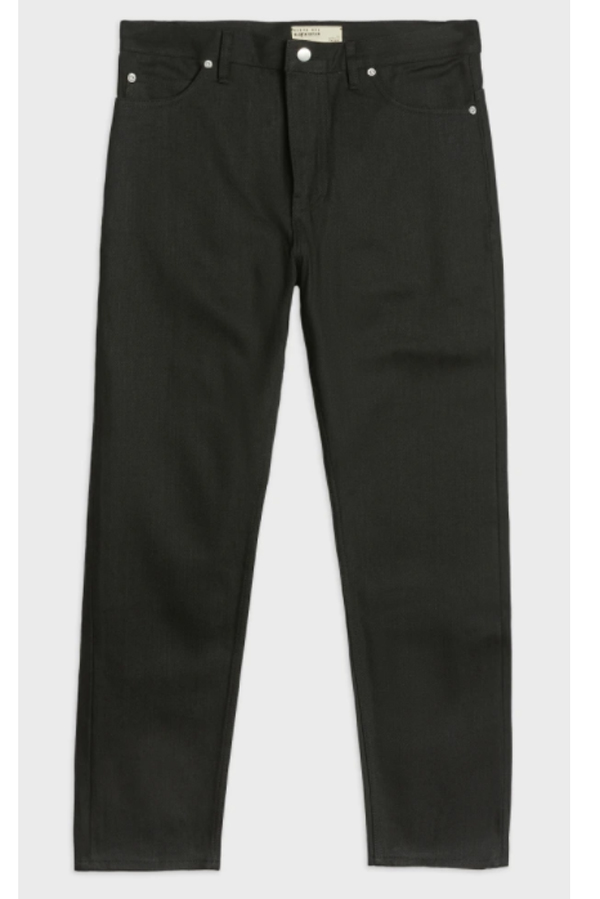 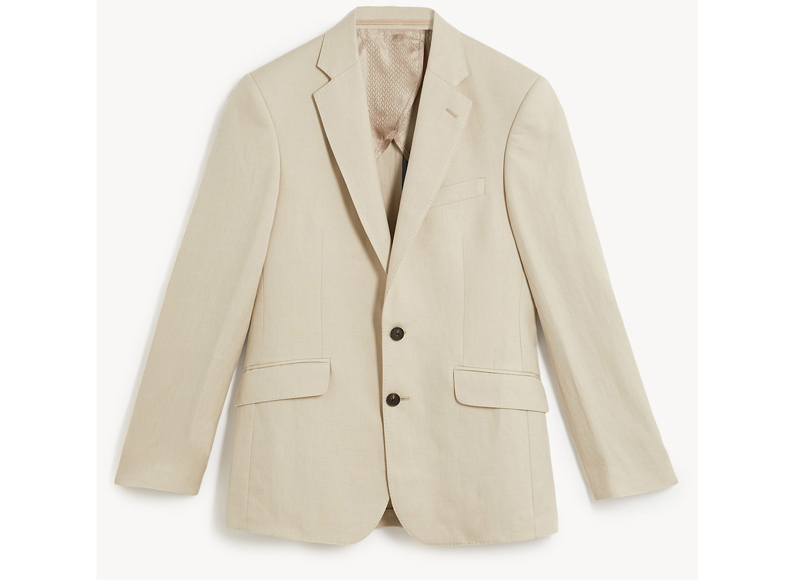