The nation has watched David and Victoria Beckham’s romance blossom from the day they first met at a charity football match in 1997, right the way through to their wedding day and happily-ever-after fairytale with their four beautiful children, Brooklyn, Romeo, Cruz and Harper Seven.

However, today marks a special milestone in the couple’s relationship as they celebrate their 20th wedding anniversary.

Yes, it’s been two entire decades since the star footballer and the ex-Spice Girl turned fashion designer walked down the aisle and both Victoria and David have marked the occasion on social media by each sharing an adorable post.

Posting a touching video montage of throwback pictures, Victoria kept it short and sweet, writing in her caption: ’20 years today. I love you so much xxxxx Kisses x @davidbeckham’

Similarly, David also shared some old gems along with a caption reading: ‘WOW 20 years , look what we created ♥️ Love you so much ♥️ @victoriabeckham @brooklynbeckham @romeobeckham @cruzbeckham #HarperSeven ♥️’

The two had an extravagant wedding (to say the least) back in 1999 which cost them an reported $800,000 – which would equate to an incredible $1.2 million today.

However, the couple have since admitted that they perhaps did go slightly over the top for their big day. In an interview with Radio 4, David explained: ‘We did throw a lot at [the first wedding] because it was the thing to do around that time. We have renewed our vows since then, and it was a lot more private, there were about six people there in our house.’

Adorable family aside, one major thing they’ve been providing us with throughout the decades is style. The couple have been serving some serious his and hers looks throughout their time in the limelight both chic, elegant ones creating ultimate couple goals and others that, well, we’re sure they’d very much like to forget.

So in honour of their anniversary, we’ve dug out some of the most iconic looks from the Beckhams. Enjoy! 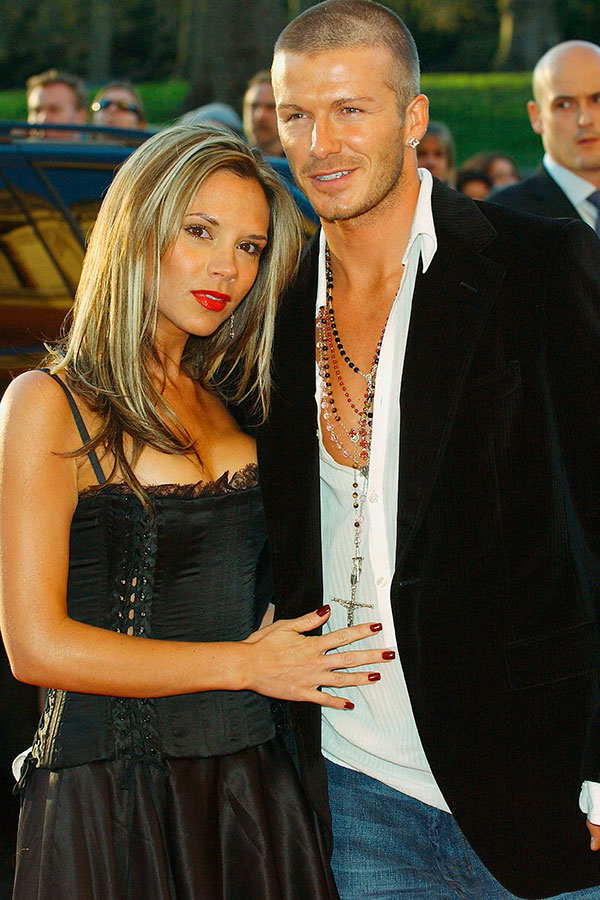 Table Manners: How Jessie and Lennie Ware turned bickering round the...