In a world of online hook-ups, it’s reassuring to know that there are still weird and wonderful ways to find The One in real life.

‘It was hate at first sight’ 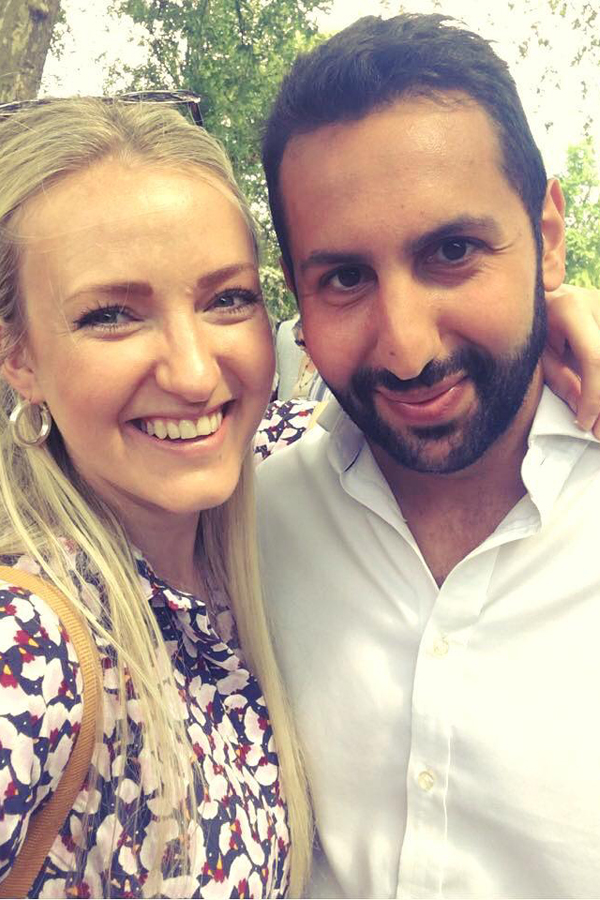 I first met Cyrus five years ago, when he joined the end of my best friend’s 25th birthday dinner. I was single, new to London and anxious about the dating scene. While I wolfed down some cake, he asked where I lived. I said I had just moved to Southeast London. He was horrified that I had chosen to live south of the river. It dawned on me quickly that he was a pretentious t***, and the conversation grew more hostile. It was evident that we were not destined to get on.

Two weeks later, I received a text. ‘If I were to dial down the north/south of the river chat would you entertain the idea of a drink?’ I replied, ‘I was bewildered when I heard you had asked for my number as I didn’t feel we got on that well.’ He continued to pester me for a drink and, as I was finding the text exchange amusing, I agreed to a post-work stroll – there was no way I was giving my precious Friday night slot to this arrogant finance chump.

We went on to have the best first date of all time. The stroll escalated into prosecco in the park, then drinks and dinner before hitting a nightclub. We are getting married next year – and the initial text messages will be featuring heavily on our wedding invitation.

‘He was wearing a batman outfit’ 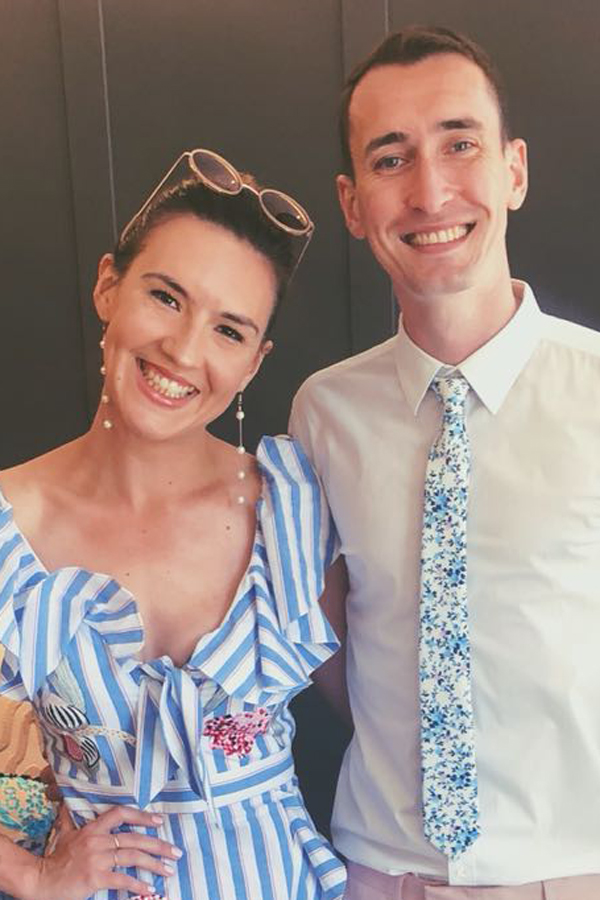 The Hong Kong Sevens is an annual rugby tournament that attracts party-minded tourists, many in fancy dress. My girlfriends and I – all dressed as cheerleaders – were introduced to a group of men from Surrey dressed as superheroes. I soon met ‘Batman’. He told me his name was Chris and we quickly found ourselves engrossed in conversation. He was funny, thoughtful – and the attraction was immediate. The connection felt important from the start. He wore his mask the whole time so I didn’t see his face, but he told me I was ‘the one’ and I stole my sister away for a chat in the ladies. ‘I’ve met the love of my life,’ I told her.

The next day, we met up again – and finally Chris decided it was too hot for his Batman mask. The moment he took it off is one I hope I remember for ever. It was like a shift in gravity. On the eve of Chris’s return to the UK, we joined one of his friends at a bar overlooking Hong Kong. Before saying our goodbyes we posed for a photo, our arms around each other, the lights of the skyscrapers and the harbour behind us. I promised myself I’d make sure it was not the last time I had my arms around him. We’re getting married next month.

‘Our eyes met over a crowded courtroom’ 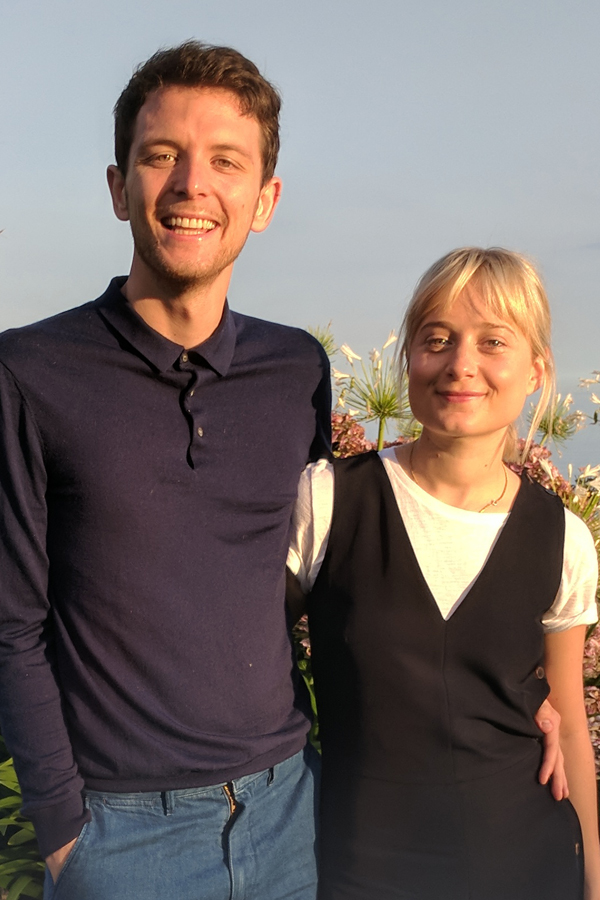 It wasn’t the jolliest of conversation starters: a case at a coroner’s court in Sunderland, which we had both been sent to cover, of an elderly man who had killed his wife and then himself. I was trying to prove myself as a young reporter (and had a boyfriend), so didn’t think much about sitting next to fellow reporter Mario, but we both agreed it would be useful to meet again to discuss work. I later found out he thought I was ‘super boring’, because I arrived in my work clothes and just wanted to discuss journalism. I’m not sure why we met again, but we did, and spent the whole evening talking. I later broke up with my boyfriend and got together with Mario – that was four years ago.

‘He was my hangover cure’ 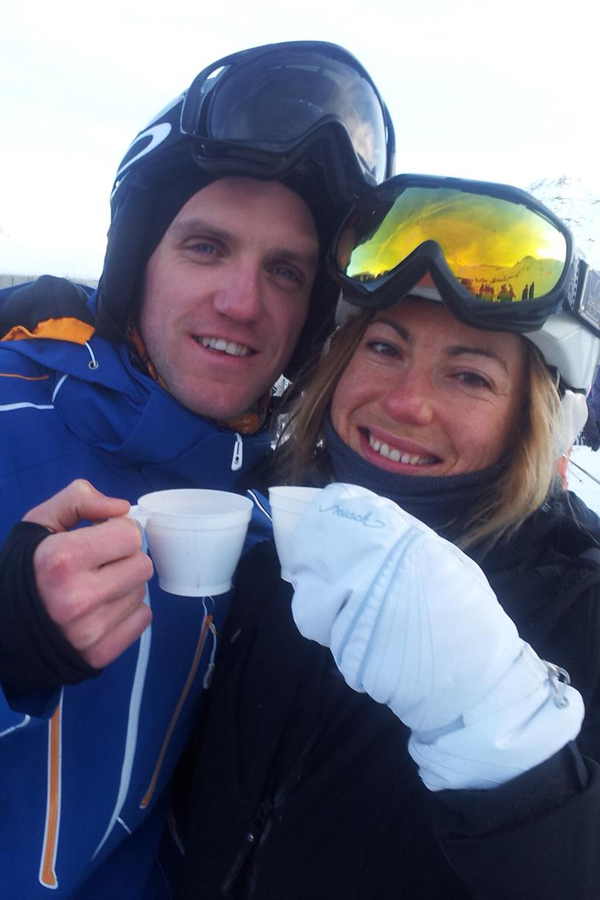 When I first saw Mat, I thought, ‘I’d chat him up if I wasn’t feeling so hungover.’ It was New Year’s Day in Switzerland, 2012. I’d gone away with friends and, after a big celebration, I was the only one who felt up to skiing. At the bus stop, I noticed a lanky snowboarder, but didn’t think any more of it – until he sat next to me on the ski lift and started talking in French. I managed to work out what he was saying – since we were alone, would I like to ski with him? I said yes and we spent the day together. I knew I fancied him when we were skiing through trees and he came up behind and hugged me. It felt like an electric shock even through two ski jackets. Initially, I looked on it as the best holiday romance ever, but when I came home, I got a text from Mat saying, ‘I’d do anything to see you again.’ We’re now married with two children.

‘We were both getting parking permits’ 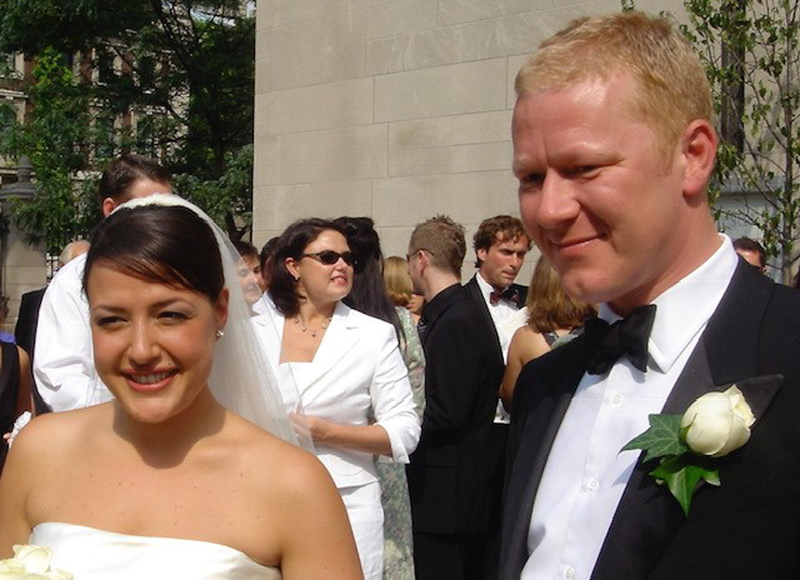 Renewing a parking permit might be one of the least romantic ways to meet someone, but that’s how I met Daniela. It was a rainy February morning in London’s Kensington. I was huddled in the doorway outside my office, smoking and making calls as I waited for my number to be called. I was vaguely aware of someone next to me, also on the phone. We both finally put our mobiles away at exactly the same time and looked at each other. A freezing shiver shot right through me and I fell instantly in love.

Like me, she was a banker, over from New York for a year. We talked for an hour – then I stupidly got all English and left without asking for her number. The next day I tracked her down by calling a friend at the company where she worked and going through the internal phone directory together for an hour. When she got my message she grabbed her colleague’s arm and whispered triumphantly, ‘It’s the parking permit guy!’ She never did go back to New York.

‘It’s all because of a delayed flight’ 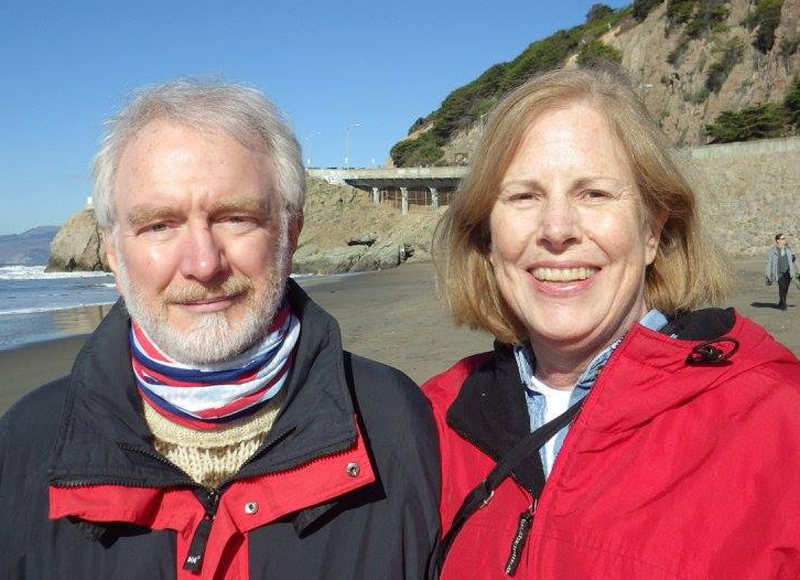 I was dismayed when my flight from Copenhagen to London was delayed by an hour. Now I’ve been married (for over 42 years) to the Brit sitting opposite in the waiting area. As the announcement was made, I groaned loudly – and caught him doing the same thing. We got chatting about how we’d ended up in Copenhagen (I was visiting my boyfriend, he was heading home after a college trip) and continued on the flight, where we ended up sitting together. We were penpals for four years before he visited me in America on his travels in 1976 and I ended up joining him for a holiday in Mexico – the boyfriend was long gone by then. We then spent three months in Chicago, at the end of which we decided to spend our lives – and travels – together.

‘We were on a boat in the Indian ocean’ 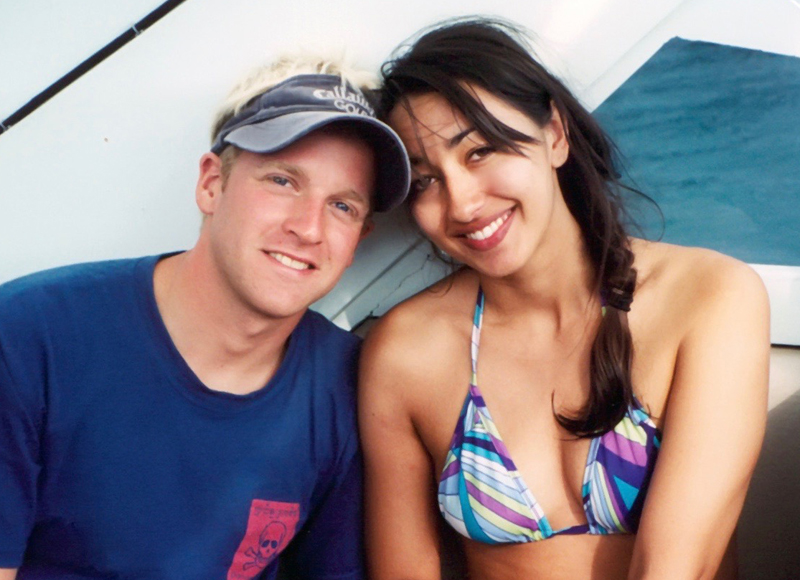 I had come out of a relationship and saved for months to go on a round-the-world backpacking trip in 2003. Two weeks in, I arrived at Ko Phi Phi in Thailand to take a  three-day scuba-diving course. On the last day, I found myself next to a handsome blond American on the dive boat. I had an instant crush on him.

I scrambled for a conversation opener and asked how many dives he’d clocked up. ‘About 250,’ he said with a grin. He’d been on the island for six months and worked  as a dive master, taking qualified divers out on the reef while the instructors got stuck with rookies like me.

That evening, while celebrating the end of my course in a local restaurant, JD strolled in, barefoot and smiling. We got talking and I was soon infatuated, and thrilled to discover that the feeling was mutual. It turns out he’d deliberately parked his dive gear next to mine on the boat. 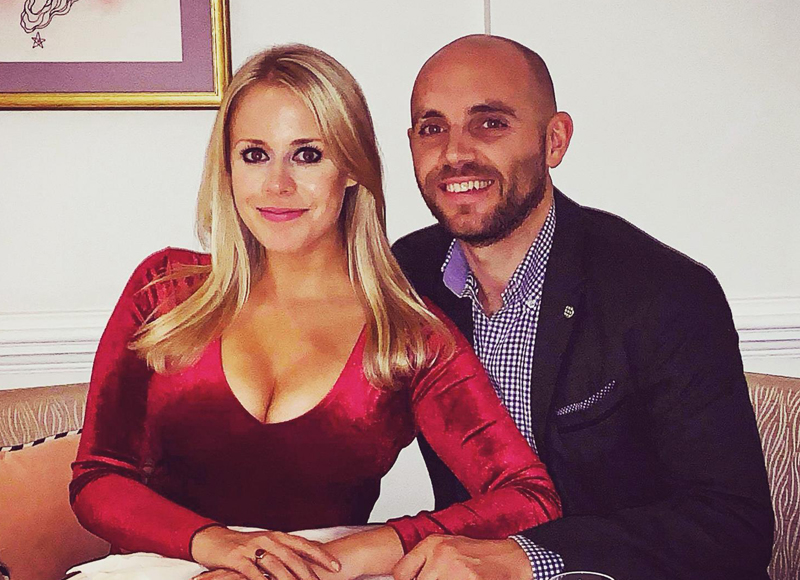 Bobby was my first crush. We met when I was 11. He was my brother’s best friend and I adored him – I’d eavesdrop on their conversations. Even as I grew up and began to date other boys, I always had a soft spot for him.

At the start of 2018 I was having a bad time – I’d gone through a break-up and needed to get away. Bobby had moved to the US and my parents suggested I visit him in California to take my mind off things. In between his work, Bobby joined me on my holiday. It was while we were hiking in Yosemite that I realised I was falling for him, but didn’t want to tell him. But a few days later, he said, ‘There’s something I need to tell you – I’m really falling for you.’ It was so sweet.

As told to Miranda Thompson

The lazy girl’s guide to a pristine pad

Kate wore £24 New Look shoes to visit schools on the...

Marks & Spencer has made pasta a high-protein option