Some of the greatest art arises from sexual tension between artist and muse. But what if both parties are fiercely creative? Joanna Moorhead looks at famous couples whose intense passions sparked each other’s best works.

A muse – and more

He was the most famous artist of the 20th century and one of its most notorious womanisers; she was a rising French photographer. Pablo Picasso made Dora Maar his muse as well as his lover, painting portrait after portrait of her. But what is less well known is that she did the same with him, turning her camera on him to portray his machismo.

The photograph in swimming trunks (right) was taken on the beach at Mougins in the South of France in 1937. It was a year since Picasso, then 56 (and still with Marie-Thérèse Walter, the mother of his daughter Maya), had first noticed Maar. She had been sitting near him in the Paris café Les Deux Magots, the artists’ meeting place of the moment, with her hand on the table, fingers splayed, repeatedly driving a penknife between them. Sometimes she missed, and a drop of blood would appear on her gloves; later Picasso asked if he could keep them as a souvenir of their meeting.

Maar was already, at 30, forging a successful career as a photographer: she had exhibited alongside Man Ray and Salvador Dalí, and had travelled to London and Barcelona to document street life. Now, as Picasso’s lover, she began to have a major impact on his artistic work. She was a surrealist, and he became closer to the group, for a time writing poetry while painting took a backseat.

By 1937 he was painting again, working on Guernica, inspired by the Spanish town that was blanket bombed during the civil war. One of its most striking figures is a woman weeping, for which Maar was the model. But she was far more than that: for the five weeks Picasso worked on the painting, Maar photographed it – the first time the creation of a painting had been documented in this way.

Maar largely gave up photography after Guernica and, encouraged by Picasso, devoted herself to painting. Their final split was traumatic, but in unpacking her feelings for him, she did her best work as a painter. Her art has been rediscovered since her death in 1997, and she is now acknowledged as much more than merely Picasso’s partner.

The dove and the elephant

A marriage between ‘an elephant and a dove’ was how Frida Kahlo’s mother described their union in 1929. Diego Rivera was one of the most famous artists in Mexico: he was 42 years old to her 22, and was already painting huge murals on the walls of important public buildings. Seeing him at work in 1927, Kahlo called to him to come down from his scaffolding to look at her sketchbook – and he was so astonished that he did as he was asked. It was the start of one of the most creative, and rumbustious, love affairs of all time.

Rivera and Kahlo had diametrically opposed artistic styles: she was fascinated with the personal and intimate (55 of her 143 paintings are self-portraits), while he was interested in the grand sweep of Mexican history. But she was in awe of his talents, and he said she was the best painter of their times, predicting that her work would in time speak to the whole world. Crucially, they gave one another space – for a time living in two houses linked by a bridge. They understood that a partnership should be enabling, never stifling.

But there were troubles: specifically affairs, especially his liaison with her sister Cristina. In 1939 the couple divorced, but quickly realised they couldn’t live without each other. When they remarried the following year Kahlo laid down conditions: financial independence and no sex. Her painting The Wounded Deer is a self-portrait from a few years later, as she saw herself: wounded by arrows but surviving.

Kahlo was all about resilience, both in her marriage and in enduring terrible physical suffering (from injuries sustained in a bus accident in 1925) as well as the emotional pain of many miscarriages and childlessness. She realised that her partnership with Rivera was not just about fidelity or finance, and that it had to be seen in broad brush strokes as well as in the detail. She knew, too, that the individuals in a marriage often have different ways of expressing their love. ‘He is so strange in his way of living that I have to guess whether he loves me; because I think he does…“in his way”.’

Leonora Carrington and Max Ernst (together 1937-40)

A summer of love – and art

Leonora Carrington was 20, and a recent London society debutante, when she met the already famous (and married) 46-year-old German painter and sculptor Max Ernst at a dinner party in 1937. But if Ernst thought he had found a new muse, he was mistaken. Too busy rebelling against her family and trying to be an artist herself, she rejected the role from the outset.

Ernst did, however, represent escape. Following him to Paris, Carrington found herself at the heart of the surrealist movement with the biggest art names of the 20th century, including Picasso and Dalí. Her love affair with Ernst was entirely bound up in what it meant to be an artist.

Ernst left his wife Marie-Berthe and moved with Carrington to a tiny village in the south of France where, for one glorious summer, they made love and art together in a farmhouse overlooking a vineyard. He painted her, she painted him, and they worked together on murals and sculpture, decorating the house – quite literally – with their love.

After the declaration of war in 1939 Ernst was imprisoned by the French as an ‘enemy alien’. Devastated, Carrington suffered a breakdown and travelled to Spain and then Portugal. By the time they ran into each other again in Lisbon, where he ended up after escaping, they had both met new partners.

Ernst married the New York socialite and millionaire art collector Peggy Guggenheim, then left her for the artist Dorothea Tanning. Ernst and Tanning married in 1946 and remained together until his death in 1976. But Carrington always acknowledged the difference Ernst had made to her work. ‘He gave me my education, my real education,’ she used to say of her time with him: not just new artistic techniques but, most importantly, the licence to think and behave like an artist. Ernst, for his part, acknowledged that the summer he and Carrington spent in France had been one of the most exciting and creative of his life.

Lee Miller had already wowed the fashion world as a model in New York when, in 1929, she decided to switch to the other side of the camera. Aged 22, she went to Paris in search of a new career – and was given the name of Man Ray, an innovative photographer, as a contact. Their initial meeting was not promising: he told her he didn’t take students, and was off on holiday. She said: ‘I know, and I’m coming too,’ and so began their three-year relationship, during which she, 17 years his junior, often worked as his assistant.

It was while she was developing his negatives one day that Miller accidentally ‘invented’ the technique that was to be a standout feature of both their work. Forgetting that the negatives were still in the tank, she briefly switched on the dark-room light. She immediately realised her mistake, but when the pictures were developed, that flash of light had given the images a distinctive black outline, which they called ‘solarisation’. Ray went on to make many solarised portraits of Miller, as well as erotic images of her body. They worked together on the technique: their shot of a naked model as though asleep in mid-air became emblematic of surrealism. She also made solarised images of him, experimenting with his machismo as he had done with her sensuality.

Ray wanted to marry Miller, but she felt her attachment to him would clip her wings. Instead she returned to New York to set up her own studio, and Ray created one of his most enduring works, a metronome with a photograph of Miller’s eye attached to its pendulum. He also took a self-portrait called Suicide, with a noose around his neck and a gun pointed at his head.

Miller flourished as a photographer, and went on to marry Egyptian businessman Aziz Eloui Bey, with whom she lived in Egypt for three years; even though she wasn’t working professionally at that time, she took many striking surrealist images that are now among her best-known works. She then met the surrealist artist and biographer Roland Penrose with whom she was to spend the rest of her life; Man Ray became a lifelong friend of them both. 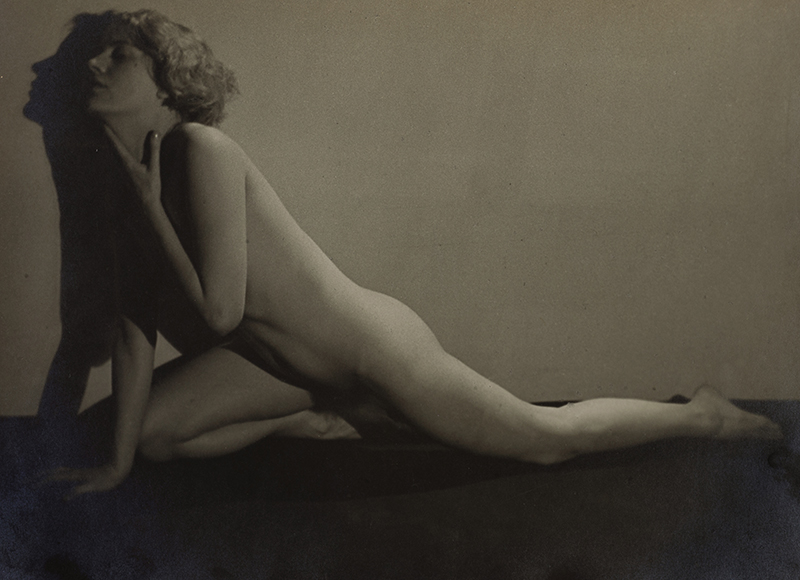 Barbara Hepworth and Ben Nicholson (together 1931-51)

When sculptor Barbara Hepworth met painter Ben Nicholson in 1931, both were married (she to fellow sculptor John Skeaping, he to the artist Winifred Nicholson) – and already had children. Hepworth divorced Skeaping when the relationship with Nicholson became serious; but Nicholson never fully separated from Winifred, even when Hepworth gave birth to his triplets three years later.

In their early years together, Hepworth and Nicholson shared a studio in London, which set the scene for the relationship that was to follow. The sculptor began to draw and the painter began to carve – and experimenting with one another’s media had far-reaching benefits for both. Nicholson began his signature relief works, giving two-dimensional pictures a three-dimensional depth; Hepworth began to use lines in her sculpture, incorporating narrative and character.

According to Jane Alison, curator of the Modern Couples exhibition, they were ‘a creative powerhouse’, desperately in love and feeding off one another’s ideas.

By the time Hepworth and Nicholson married in 1938, their closest period was already behind them. When war was declared the following year they moved to St Ives in Cornwall for safety; from then on, Hepworth spent more time there, caring for the children, while Nicholson travelled. She once remarked that ‘A woman artist is not deprived by cooking and having children, nor by nursing children with measles (even in triplicate)’, but that the experiences of motherhood added depth, ‘provided one always does some work each day…even a single half hour…’

When the war ended she and Nicholson were working separately, and from 1950 they had separate studios. But Hepworth’s work continued to be heavily influenced by having had triplets: at her house in St Ives, now a museum, pieces on the theme of three include a large bronze in the garden, with three holes, Hepworth’s trademark feature.

Modern Couples opens on Wednesday at London’s Barbican Centre and runs until next January.