Can we please pause and take a moment of appreciate for the producers of Strictly Come Dancing? Not only do they have responsibility for creating one of the nation’s most high-profile TV shows every week, but this year they’ve also had to cope with a merry-go-round of contestants and judges, as various stars are forced to pull out each week.

Early on in the series, Tom Fletcher and his partner Amy Dowden forced to miss one show after both testing positive for Covid-19. Then former rugby player Ugo Monye had to pull out of dancing due to back problems, before Loose Women star Judi Love missed the following week, again due to Covid-19.

And now it’s Strictly judge Craig Revel Horwood who has been forced to miss a show, again due to coronavirus.

A spokeswoman said: ‘Craig Revel Horwood has tested positive for Covid-19 and is now self-isolating following the latest government guidelines. While Craig will not be taking part in Strictly Come Dancing this weekend, all being well he will return the following week.’ 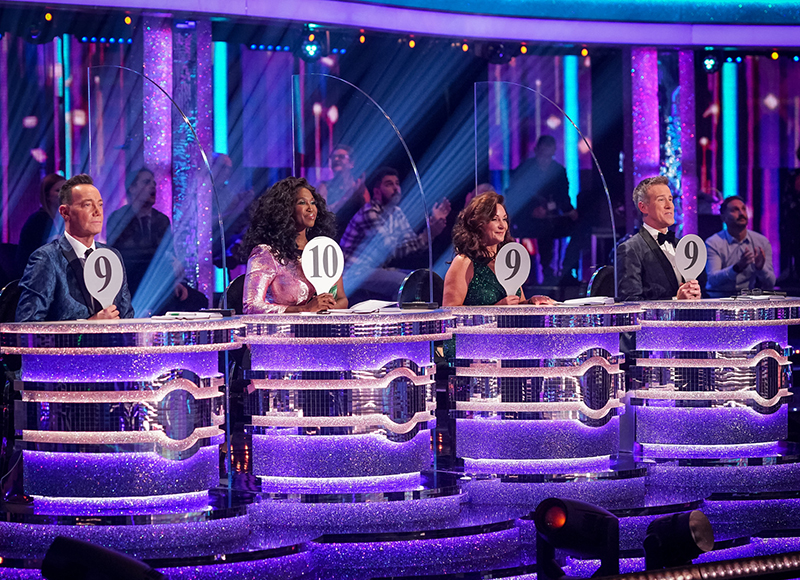 At the start of Monday evening’s It Takes Two on BBC Two, host Rylan wished Craig well, saying ‘We are sending you all our love and we can’t wait to see you, really soon.’

Craig is well known for his exacting standards and very honest critiques, but also as a star of the West End, which is why it’s especially unfortunate he’ll be missing musicals week. So, who will be replacing him as the fourth judge?

Craig’s seat will be kept warm by award-winning singer and actor Cynthia Erivo. The London-born talent has starred in numerous theatre productions across the globe, including Broadway’s revival of The Colour Purple, the Sister Act UK Tour and she played the lead role of Aretha Franklin in the third series of Genius. Plus, she’s currently filming for the new Luther film and will star as Elphaba in the upcoming film adaptation of musical, Wicked.

There are seven couples still remaining, after Dragon’s Den star Sara Davies was voted off last week. And, if you’re worried about the show leaving a Strictly-shaped hole in your life when it ends in a few weeks, we can at least console you with the fact there’ll be a Christmas special.

Although last year we had to make do with a Strictly countdown compilation, this year the show will be back in its traditional festive format, with judges Anton Du Beke, Shirley Ballas, Craig Revel-Horwood and Motsi Mabuse dishing out the praise and the put-downs.

LIZ JONES’S DIARY: In which David gets possessive

LIZ JONES’S DIARY: In which we set the (lunch) date

Liz Jones’s Diary: In which I decide I want my ex...

Liz Jones’s Diary: ‘In which I email my original dream man’

A couple’s story of loving an adopted baby they knew they...

Liz Jones: ‘In which David drops a bombshell’

Curate your Christmas: The pick of museum gift shops

Decorating? Don’t do anything until you know your zodiac power colour

The truth about HRT: Hero or villain?