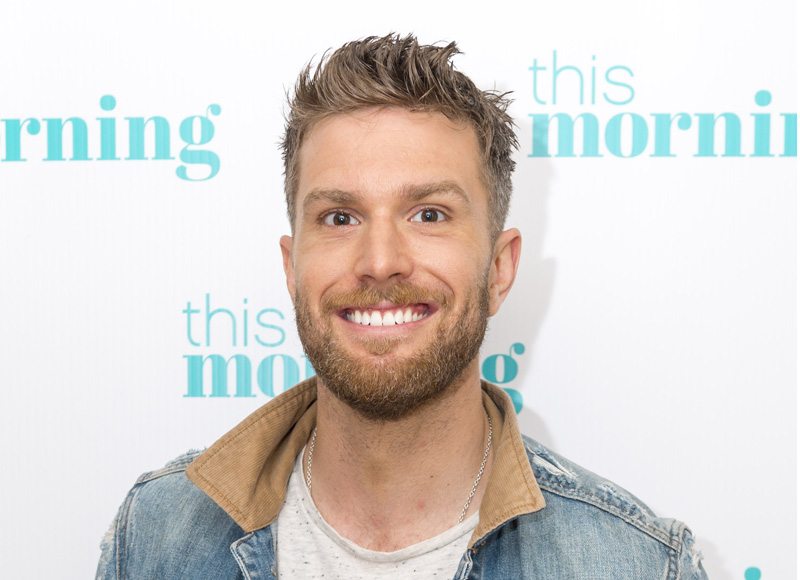 Guilty pleasure? Reality television. I never thought that I would appear on a reality TV show, but being on I’m a Celebrity…Get Me Out of Here! in 2016 turned out to be the best decision I ever made.

Where is home? A little flat in Southeast London.

Career plan B? I was on course to be a landscape gardener.

Who would play you in a movie of your life? No one could play the role better than me and I would happily take the work if it was going.

As a child you wanted to be… I was obsessed with being an architect.

Earliest memory? Going on stage at a Wombles show in Felixstowe when I was on holiday. After being humiliated in a game with two other children, I burst into tears.

Secret to a happy relationship? Being open and honest. I don’t think I’d had a relationship that really worked until I met my fiancée Hannah last year.

Your best quality? It sounds bland, but people seem to think I’m nice. It’s also my worst quality, as I try to please too many people.

Last meal on earth? Steak and sweet potato mash, which I eat almost every day.

Dream dinner-party guests? Jesus Christ, Charlie Chaplin and Barack Obama, plus Hannah as I would want someone else to witness it.

Advice to teenage self? Believe in yourself more, which is something that I still have to tell myself now.

Cat or dog? I grew up with loads of dogs, but I’m happy not to own one – I don’t feel that I can look after myself.

On a day off we’d find you… In the gym, followed by having scrambled eggs and ham at my favourite Peckham café.

Starstruck moment? Being introduced backstage to the comedian Tommy Tiernan at one of his gigs in Dublin. It takes a lot to shut me up, but I couldn’t speak.

Big break? Being on I’m a Celebrity could have been an absolute disaster, but it morphed my career into something different and it’s been a whirlwind of wonderful ever since.

Favourite tipple? I’m not really a drinker – a good gin and tonic is the only thing I look forward to.

Hangover cure? Sweat it out in the gym.

Top of your bucket list? It was career-focused, but now it’s more about being happy, getting married and starting a family.

One thing that would make your life better? Confirmation that Uber will continue to operate in London.

Philosophy? Prepare as much as you can for something and then just go for it without over-stressing.

Last film that made you cry? The documentary Katy Perry: Part of Me, which I saw on a plane.

First record you bought? Pocket Full of Kryptonite by the Spin Doctors.

Most extravagant purchase? A pair of £800 camel-coloured Saint Laurent boots.

Happiness is… Enjoying a moment of silence after a hectic period of hard work.