Claudia Winkleman just made all of our animal print dreams come true on the red carpet at the Victoria and Albert Museum Summer Party.

The Strictly Come Dancing star stepped out in a gorgeous leopard print jumpsuit by Topshop and quite frankly, we need it in our wardrobe – especially after hearing that it is comfier than a duvet, according to Claudia, who shared an image of herself wearing the square neck jumpsuit on Instagram.

To make it extra chic, the jumpsuit, which costs £42 from Topshop, also features a cropped leg and crossed straps, making it perfect for both an evening out or a summer BBQ. Claudia paired hers with a Cult Gaia Ark bamboo bag (known in fashion circles as the ‘it bag’ of the season), and a pair of nude suede high heels. 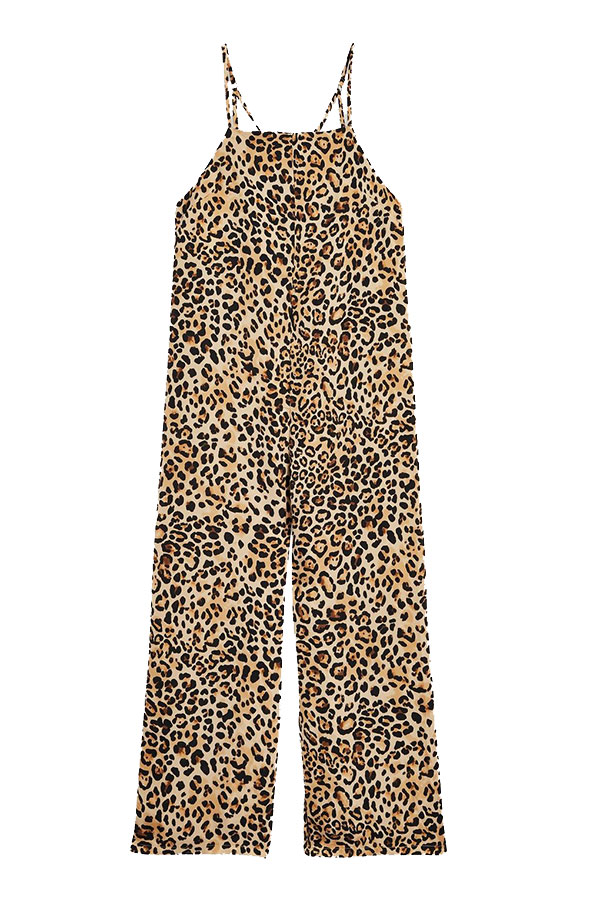 This isn’t the first time the 46-year-old presenter has stunned in animal prints. At the TV BAFTAs earlier this year, she left fans gushing over her red leopard print Ganni dress.  One fan even commented on her Instagram post from the night, saying: ‘Love your dress! Just went and bought one as it looked so fabulous on you x,’ while another commented: ‘If you don’t want to be seen wearing that dress for a second time I’ll happily take it off your hands.’

But who exactly does Claudia get her style inspo from? When she isn’t being styled by celebrity stylist Sinead McKeefy, who also dresses fellow stars Fearne Cotton and Laura Jackson, she admires none other than British fashion icon, Kate Moss.

‘I don’t dress like her but Kate Moss has never looked bad. She can wear anything and still look hot. She’s my favourite,’ she revealed in an interview with Marks and Spencer.

She’s not wrong there, all hail queen Moss.