Christmas is a time to relax, unwind and – let’s be honest – watch quite a lot of telly. Which is why we’ve compiled a Christmas TV guide, to take the hard work of finding the best festive TV shows, specials and films off your shoulders.

From regular Christmas favourites such as Call the Midwife and Strictly Come Dancing, to one-off specials such as Terry Pratchett’s The Abominable Snow Baby, there’s so much great telly for you to curl up and enjoy.

Whether your TV is glued to BBC One throughout Christmas Day, or you prefer to stream films via Netflix for the whole festive period, there’ll be something for you in our guide to Christmas television… 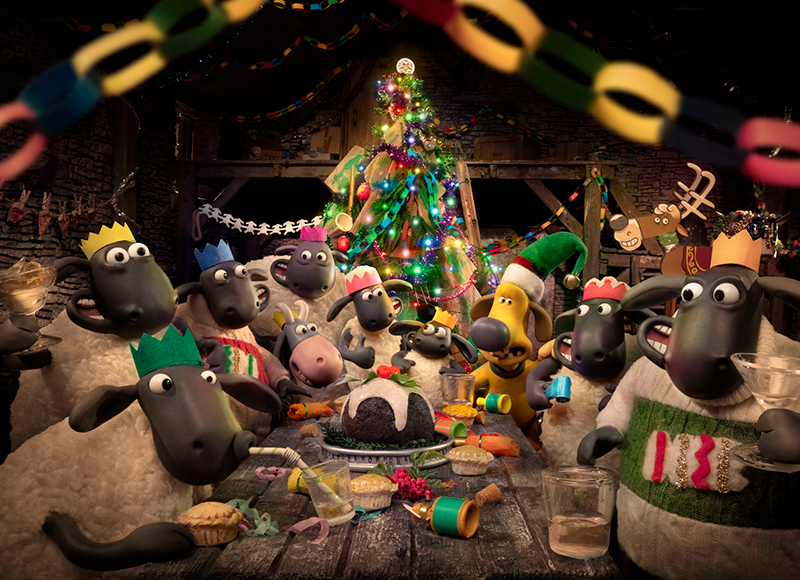 Shaun the Sheep: The Flight Before Christmas

One to watch with the kids! The BBC has announced that it’s continuing its long-standing relationship with Aardman, bringing us a new Christmas special starring Shaun the Sheep for 2021.

In the half hour special, Shaun’s seasonal excitement turns to dismay when a farmhouse raid to get bigger stockings for the Flock inadvertently leads to Timmy going missing.

Can Shaun get Timmy back before he becomes someone else’s present? Prepare for a ‘Santastic’ adventure as everyone learns the true value of Christmas!

Well, it wouldn’t be Christmas without a Strictly Come Dancing special, would it?

Although last year we had to make do with a Strictly countdown compilation, this year the show will be back in its traditional festive format, with judges Anton Du Beke, Shirley Ballas, Craig Revel-Horwood and Motsi Mabuse dishing out the praise and the put-downs.

Celebrity contestants confirmed for the festive dance-off are:

Who else originally scoffed at The Wheel, only to find themselves completely hooked after five minutes and singing ‘the wheel’ to themselves for the rest of the weekend? Same.

The Christmas version will see Danny Dyer, Zoe Ball and David Walliams competing with the help of seven celebrity experts to win money for their chosen charity.

It was the most popular show on Christmas Day 2020, so it’s no surprise that Call the Midwife is back for a 2021 festive special.

The BBC has already given us a first look at the episode, with a series of pictures that show Poplar’s finest decked out ready for Christmas.

The Call the Midwife Christmas special will come ahead of the release of show’s eleventh series, which hits our screens from January 2022.

Around the World in 80 Days 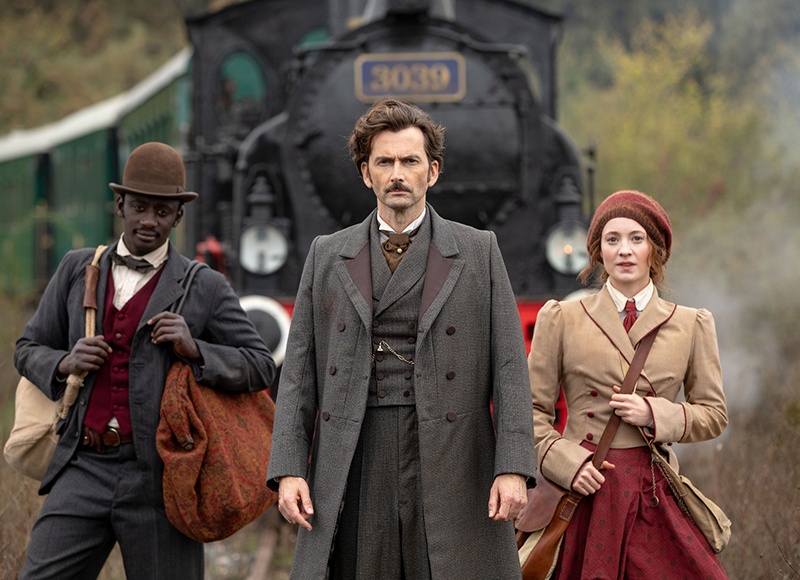 The eight-part series chronicles the globe-trotting adventurers of Phileas Fogg after he tells the members of the influential Reform Club that he can circumnavigate the globe in 80 days. You can watch the trailer below

Death in Paradise is getting it’s first ever Christmas special, with a feature-length episode that sees the return of Danny John-Jules as charismatic Officer Dwayne Myers. He’ll assist DI Neville Parker (Ralf Little) in another mystery on the sun soaked Caribbean island of Saint Marie.

We’re also hoping there’ll be some answers about where Neville and Florence’s relationship goes next, after a cliff-hanger ending at the close of series ten.

Claire Foy became a household name for her turn as the Queen in Netflix drama The Crown. Now she’s turning her hand to a member of the British aristocracy, playing Margaret Campbell, the Duchess of Argyll, in BBC drama A Very British Scandal.

The drama, comprising of three one-hour episodes, focuses on the notorious divorce of the Duke and Duchess of Argyll, revealing the social and political climate of post-war Britain. In particular, it explores attitudes towards women, and the way in which Margaret, who was famed for her charisma and beauty, was vilified at the time.

Adapted from the novel of the same name by JP Delaney, The Girl Before is a psychological thriller that tells the story of Jane, played by Gugu Mbatha-Raw who moves into a strange house designed by an enigmatic architect played by David Oyelowo.

Top of the Pops Christmas special 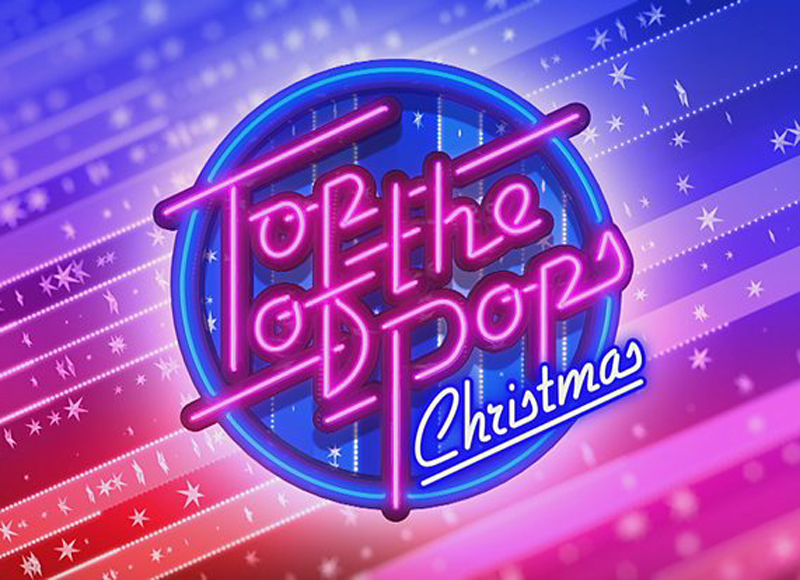 The line-up for the Top Of The Pops Christmas and New Year Specials has been revealed, with Anne-Marie, Sam Fender, Mabel and KSI among those set to perform.

TV’s biggest pop party will return to BBC One screens this festive period with brand new performances recorded in Hammersmith, London. BBC Radio 1’s Clara Amfo will return as host alongside fellow Radio 1 DJ Jordan North, who will be making his Top of the Pops debut. 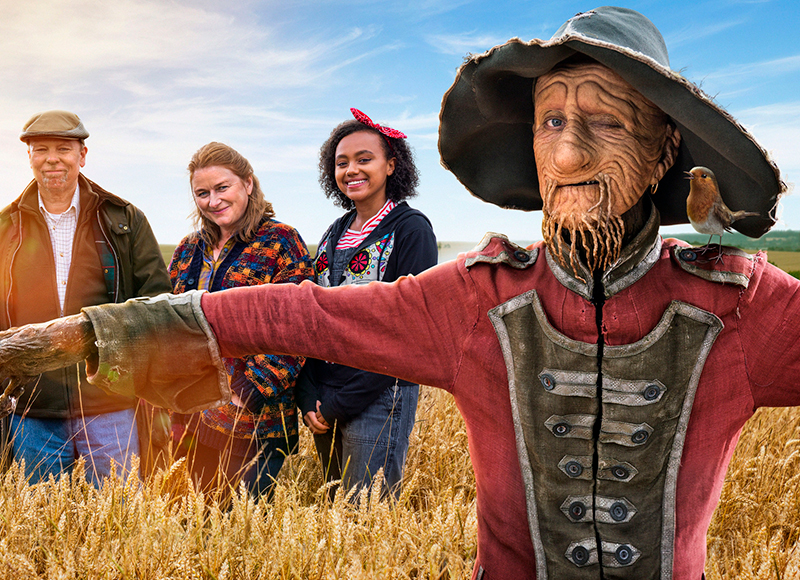 Mackenzie Crook’s reinvention of the classic Worzel Gummidge stories will make a welcome return to our screens, with the actor taking the title role of a talking scarecrow. The two new episodes will also feature Strictly winner Bill Bailey and The A List’s Nneka Okoye will as Mr Peregrine and Calliope Jane. 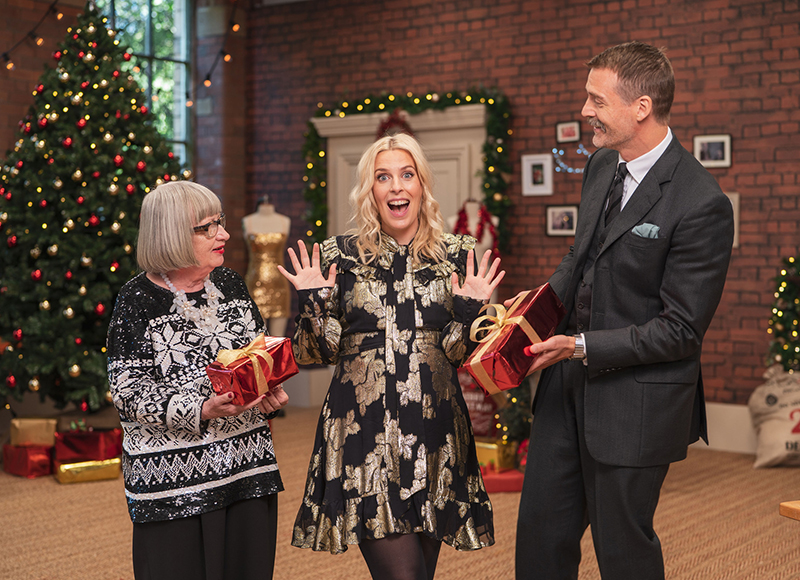 Time to fire up the sewing machines for some festive fun! These two Christmas special episodes will see brand new host Sarah Pascoe set challenges for some well-known faces under the watchful gaze of judges Esme Young and Patrick Grant.

There’s a Christmas special on the cards for ITV’s hugely-popular drama The Larkins. According to the Radio Times, Joanna Scanlan, who plays Ma, said: “There are lots of twists and turns in it. It genuinely does remind you what Christmas is about …as well as giving you, of course, I hope a lot of laughs and pleasure on the way. But it’s got a twist, to say the least of it.”

How can ITV top last year’s The Real Full Monty on ice? By taking it to the ballroom dancefloor, of course!

Ashley Banjo is back to lead a brand-new line-up of brave celebrities ready to take stripe off in a dance extravaganza. Strictly the Real Full Monty will see 10 new famous faces put on a show for a Blackpool audience to raise awareness of life-saving cancer checks. 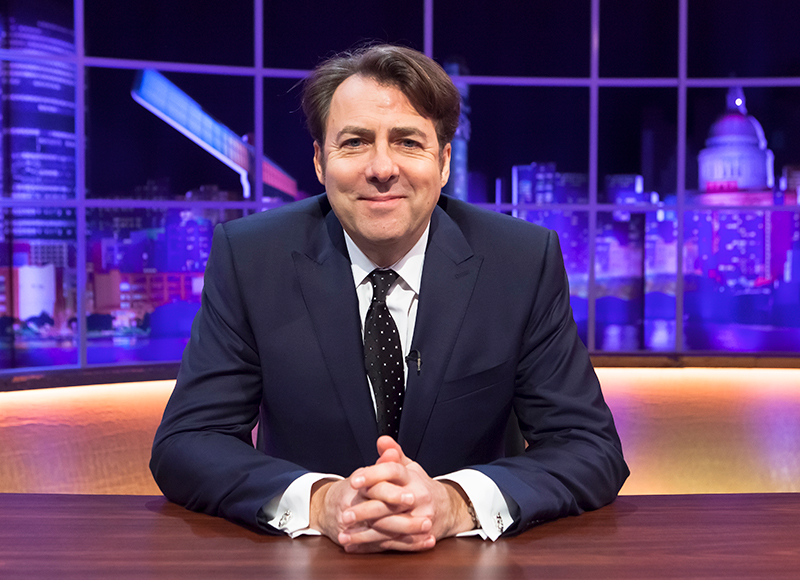 The confirmed line-up is a real treat, with music from Ed Sheeran, Sir Rod Stewart, Anne-Marie, Years and Years, James Blunt and Elvis Costello, as well as performances from Cirque du Soleil and the cast of Matilda the Musical.

Fancy spending Christmas at Joe Lycett’s? Channel 4 has announced that the star is hosting a big queer Christmas house party, live from his hometown of Birmingham. Packed to the rafters with special guests, musical performances and stand-up comedy, the live show will have an audience of LGBTQ+ icons and allies.

Joe Lycett said, “This show combines three of my favourite things – LGBTQ+ culture, Birmingham and chaotic live television. Queer creativity outside of London is the most exciting it has been in years and I can’t wait to introduce Channel 4 viewers to our colourful and anarchic world, with some silliness and a few laughs thrown in.”

The Great British Bake Off

A post shared by The Great British Bake Off (@britishbakeoff)

We love Bake Off at the best of times, and even more so when it’s a Christmas special! This year, the cast of Channel 4’s brilliant drama It’s a Sin will be taking to the tent to try their hand at festive bakes. Plus, in another Christmas Bake Off episode, beloved stars from previous seasons will be returning, including Jon, Hermine, Kim-Joy and Rowan.

Hosted by Sue Perkins The Greatest Snowman is a special one-off following a pack of celebrities as they travel to an Alpine resort to compete in an epic snow building competition.

With thousands of tonnes of snow and giant blocks of crystal-clear ice at their disposal, the celebrities will go head to head across three tough rounds. Judged by experts, all will risk chilblains as they attempt to carve and construct incredible structures made from snow and ice.

This animated special is based on a short story by one of Britain’s most illustrious and well-loved authors, Sir Terry Pratchett.

It tells the story of a quintessentially English town which is thrown into disarray by a huge snowfall and the dramatic appearance of a 14-feet tall Abominable Snow Baby. Shunned and feared by the local townsfolk, Snow Baby is rescued by an indomitable Granny who along with grandson Albert, welcomes him into her home, showering her new pet with love and affection, changing the town’s perception and helping the community overcome their initial prejudices. The case includes Julie Walters, Hugh Dancy and David Harewood.

Big Fat Quiz of the Year

Jimmy Carr is back with the popular annual quiz looking back at the year that’s been. This year’s contestants are Jonathan Ross, Sarah Millican, James Acaster, Judi Love, Sara Pascoe and Guz Khan.

More festive Joe Lycett, this time in his new guise as the Travel Man. A trip to Iceland with Bill Bailey includes visiting a punk museum in a public toilet and husky sledding.
December 27 at 8pm, Channel 4

It’s our ultimate film to watch while wrapping up presents, even if we have seen Love Actually so many times we can recite the whole thing word-for-word. Netflix UK has confirmed Love Actually will be back to watch from November 16. 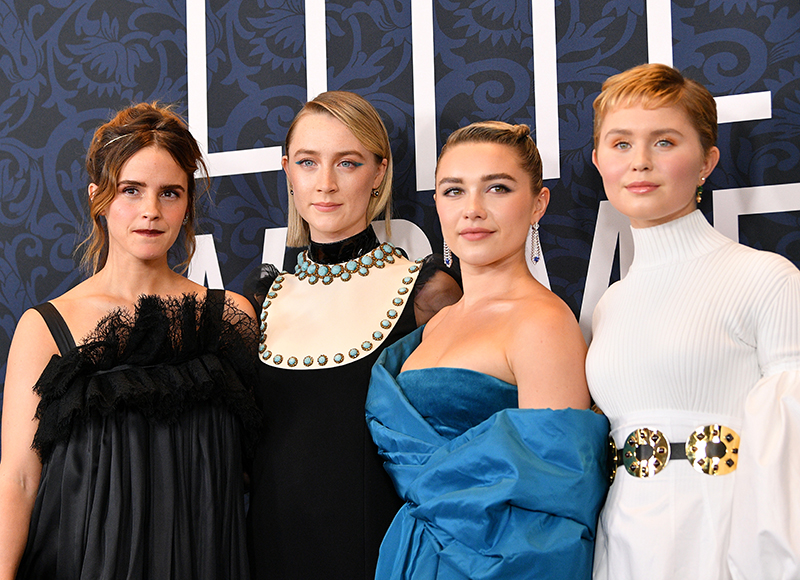 There have been plenty of film adaptations of Louisa May Alcot’s classic novel Little Women over the years, but we have to say Greta Gerwig’s 2019 take is right up there as our favourite.

With an all-star cast including Saoirse Ronan, Florence Pugh, Emma Watson and Timothee Chalamet, this is perfect Boxing Day fodder.

Single All The Way

Christmas romantic comedy about a man inviting his best friend to join him for the holidays so that he doesn’t appear single.

Sandra Bullock plays a woman released from prison after serving a violent crime sentence but finds society unable to forgive her past actions.

It’s here! Emily returns in the second season of this love-it-or-hate-it drama, which will see the character continuing to find her feet in the French capital.

Leonardo DiCaprio, Jennifer Lawrence and a huge ensemble cast feature in this movie where the world looks to be coming to an end. Okay not a very festive premise, but we bet it will be good!