The story: The Club Mexicana story started in East London and was born out of a love and admiration for the diverse food scene across the Atlantic in cities such as LA, New York and San Francisco. Meriel found foodie inspiration on a big US road trip, and also travelled to parts of Mexico (‘where they even put hot sauce in their drinks!’)

She had been working in advertising but left her job to jump into the kitchen and set about changing the perception of vegan food in London, and with that Club Mexicana supper club was born. Teaming up with the likes of chef Adam Rawson for a seven course tasting menu pop-up and with Five Points Brewery, Meriel quickly caught the eye of street food experts KERB. Now Club Mexicana are serving vegan delights at Dinerama in Shoreditch and The Spread Eagle, London’s first 100% vegan pub. Most recently Club Mexicana announced the opening of their Burger Bar in London’s Netil Market.

The philosophy: ‘We wanted to prove that vegan food isn’t all chickpeas and chia seeds, and re-position it as a key part of mainstream food choices, taking it from the niche to a day-to-day cuisine. For me, a lot of veggie cuisines have been done to death but Mexican food is full of complex flavours and is so vibrant and exciting. Often in cooking, meat is used as a carrier for flavour but I wanted to showcase the amazing citrus fruits, vegetables and hundreds of different chillis that would take a lifetime to learn! This complexity is just one of the reasons why I love Mexican food.’ 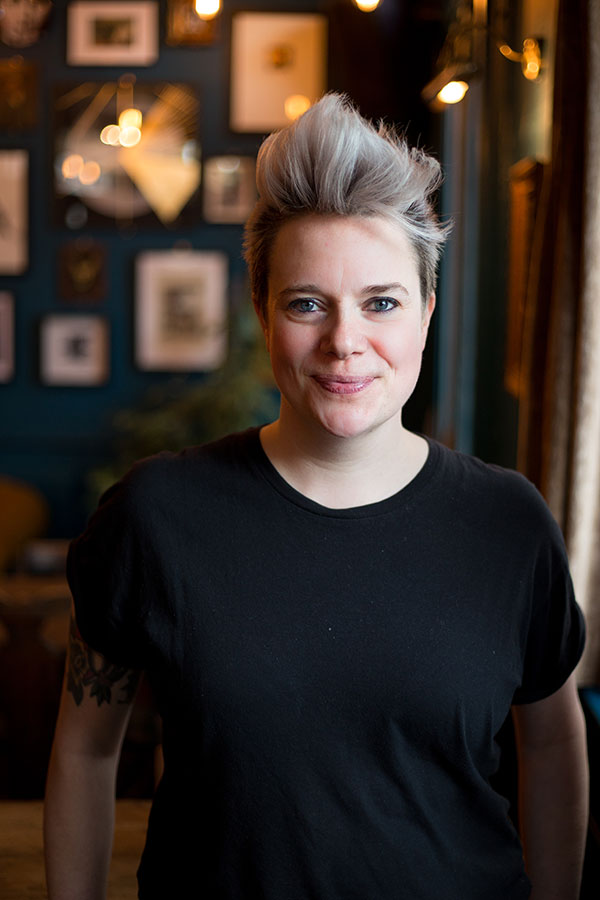 The plan: ‘Take over the world, one vegan taco at a time.’

The can’t-live-without ingredient: ‘Valentina Hot sauce. I like everything really spicy and this in particular brings back memories of Mexico and the street food traders of California.’

Easy way to impress: ‘Use micro herbs. They add a level of finesse and make every dish look really pretty and delicate – like it’s come out of a magazine.’

How to perk up your lunchbox: ‘Add a sprinkle of chilli lime salt to fruit or salads. They use this on everything in Mexico and it makes your mango or pineapple taste amazing.’

Why we love Meriel: There’s nothing bland or anaemic about her vegan cooking. Colourful, novel and fun, her Club Mexicana dishes at the wonderful Spread Eagle gastro-pub in East London include the best-selling Chick’n & Waffles (including fried ‘chicken’ made from Seitan which mind-bogglingly had the texture, look and even taste of actual chicken) and a fabulously filling Big Brunch Burrito (a warm tortilla stuffed full of deliciousness such as scrambled ‘eggs’, pickled chilli, black beans and avocado – this one is apparently brilliant for hangovers!)

And proving that vegan can be seriously indulgent, the mille-feuille-inspired Lemon & Raspberry Taco Stack is a glorious confection of fried corn tortillas filled with whipped (coconut) cream, lemon curd and raspberry coulis. 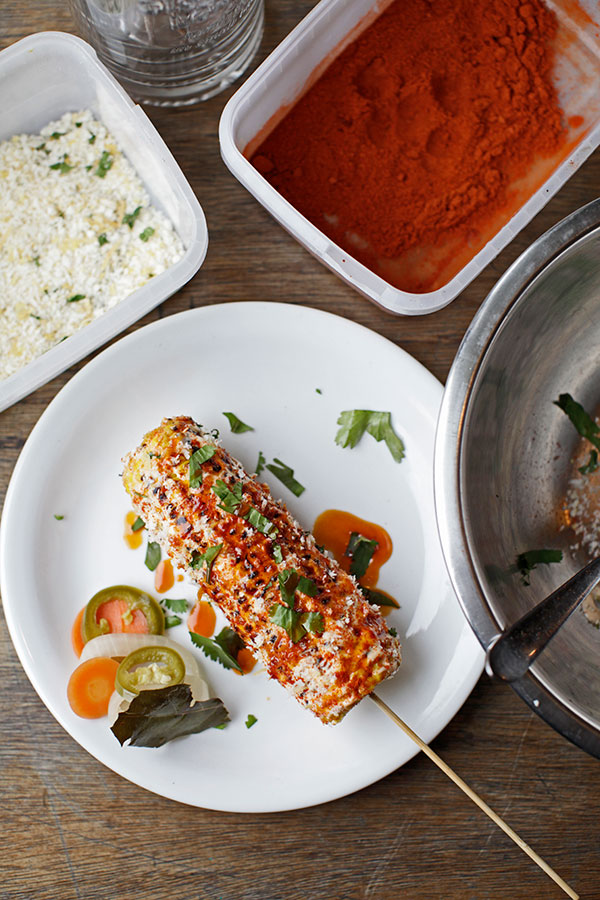 1. Combine the cashews, yeast, sesame seeds and salt in a high speed blender and whizz until it’s a chunky powder – this is your vegan ‘parmesan’ mixture. If you don’t have a high speed blender, mix the ingredients together without cashew nuts. Set aside.

2. Parboil the corn on the cob for 3 minutes

3. Drain and rinse under cold water

4. Put a griddle pan on a high heat and add a glug of olive oil to coat the pan

5. Put the corn in the griddle and turn frequently until brown and slightly charred

6. Slice the lime in half and lightly char on the griddle

7. Take the corn and lime off the heat

8. Mix the vegan mayonnaise with a squeeze of lime and spread across each corn on the cob evenly.

9. Then roll the corn in a plate of the ‘parmesan’ mixture you created earlier until fully covered.

10. Set on a serving plate and sprinkle with cayenne pepper or chilli lime salt, chopped coriander. Serve with the charred lime wedges.