Welcome to Chef Crush, our foodie series where some of the industry’s finest share their expert tips with us. In this instalment, co-founder of Arepa & Co Kathe Salguero tells us why Venezuelan cooking is so hot right now, and shares her perfect arepa recipe…

The story: Like something out of a sitcom, the journey to Arepa & Co’s modern incarnation takes in food stall success and a generous helping of romance. Kathe first met Gus – her Arepa & Co co-founder and now husband – when she moved to London to study in 2010. Craving an arepa, a traditional Venezuelan food that’s ‘like a pocket sandwich made with corn (it’s wheat and gluten-free), stuffed with different flavours,’ a Google search led her to Camden Market where Gus was running his food stall. ‘I saw someone walking towards me with ‘Arepa’ on his hoodie,’ she remembers. ‘He asked whether he could help me, and I said “Oh, I’ve been looking for you!’. They met again a month later at a Venezuelan party where he was cooking and have been together ever since.

In 2012 Kathe joined forces with Gus on the food stall. ‘Because he’s been in London longer than me – about 20 years – I kept bringing him Venezuelan memories and telling him how things should taste.’ That year, one of the wettest on record, was ‘a nightmare’ for them, she says. ‘So we thought we’d set up a café.’ The couple opened Arepa & Co in Haggerston, East London in 2014. ‘The first day we opened was absolutely crazy – we didn’t even have a menu!’ says Kathe. ‘That’s how it all started. We knew people loved the food because of the stall, but we didn’t know how beautiful it was going to be.’ 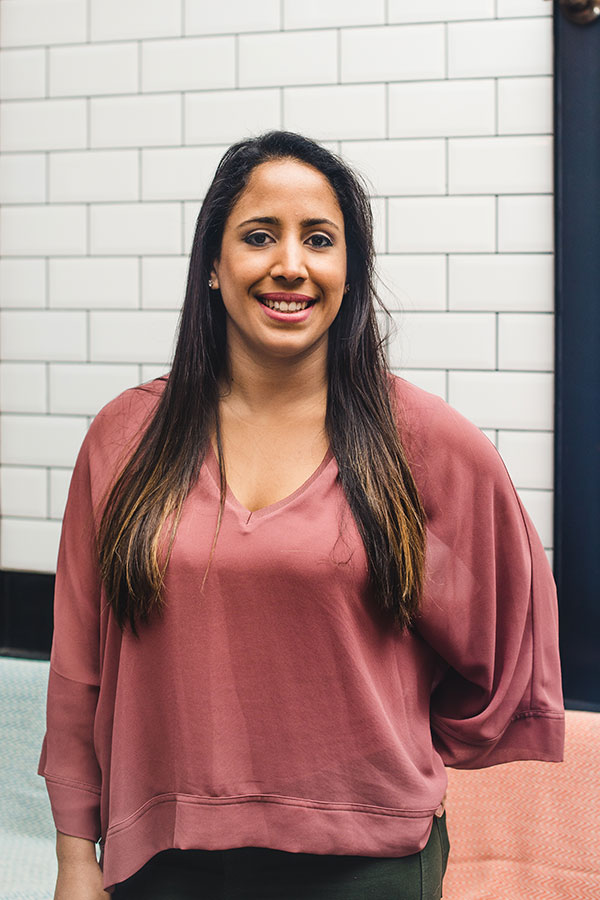 The philosophy: Kathe and Gus want to share their Venezuelan food with everyone – and it’s about as authentic as you can get without catching a flight to South America. ‘All the recipes in the restaurant come from our family,’ explains Kathe. ‘Gus spent a week with his family in New York just learning, and every time I went back home I’d visit my granny and ask her everything.’

Their main aim? Educating people about arepas. ‘We want to make them the new bread in London,’ says Kathe.

The can’t-live-without ingredient: ‘It’s so hard to choose just one! Sofrito is in 90% of Venezuelan dishes – it’s a sauce made with onions, garlic, red peppers and a bit of tomato that we stir fry to make then preserve. You can add a bit of it to every dish; beef, chicken, vegetables. And we can’t live without plantain. Steamed or fried, we use it for everything.’

Easy way to impress: ‘Ah, that’s easy! I’d get a bunch of arepas and a bunch of fillings and ask people to help themselves and mix up all the flavours. My favourite? Arepa with huevos perico, which is scrambled eggs with sofrito and a bit of avocado. Simple, tasty and healthy.

How to perk up your lunchbox: ‘Rice bowls are really popular for us. I’d grab a container with rice balls, plantain, shredded beef or chicken with some sofrito and then a bit of avocado. And an arepa of course – you can eat it with everything at all times!

Why we love Kathe: Along with husband Gus, the couple have just launched a second site under the arches on Paradise Row, Bethnal Green, which caters to locals as well as foodies drawn to this new East London-must visit. Don’t miss their delicious cocktail menu, which draws as much on traditional Venezeulan flavours and ingredients (spiced rum) as much as the food.

The recipe: How to make an arepa 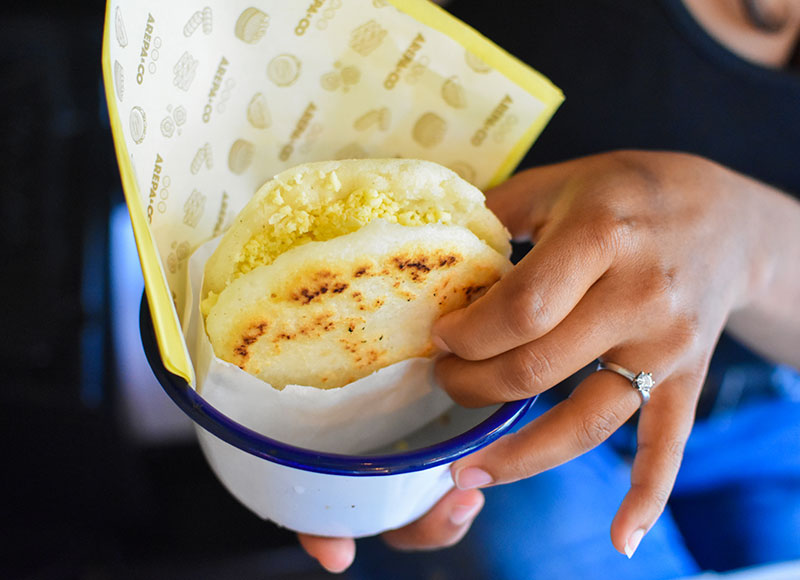 1. Pour the water and salt into a bowl.
2. Gradually add the corn flour, gently mixing with your hands until a smooth dough is formed.
3. Rest for three minutes.
4. Separate the dough into 150g portions and shape into a ball.
5. Press the ball with your palms to form a large patty shape (with a 1.5cm thickness).
6. Place it into a griddle or frying pan over a medium heat for five minutes on each side until brown.
7. Finally, open the arepa and fill it with anything you like!