Ben Murphy of Launceston Place shares his journey to the kitchen, plus his top tips for the perfect sweet soufflé…

The story: Before Ben even thought about picking up a saucepan, he was on the path to becoming a professional footballer. At 16 he was training hard with his local team, and eventually he went for trials at Queens Park Rangers. ‘The football career was going well until I broke my collarbone, and unfortunately that put an end to my dream,’ says Ben. ‘As a result I turned to cooking – it helped me to focus again, and following the injury it felt great to be back doing something practical.’

Ben studied at Westminster Catering College ‘and since then I’ve been lucky enough to work in some of the best kitchens in the world. I perfected my skills at The Berkeley under Pierre Koffmann – one of my biggest inspirations – then went to the three Michelin-starred Le Bristol in Paris, Mayfair’s two-starred Greenhouse and then The Woodford in East London.’

The philosophy: ‘Although Launceston Place is a fine dining restaurant, I want it to be a fun experience. I want people to leave with a smile on their face and most importantly, wanting to return!’ 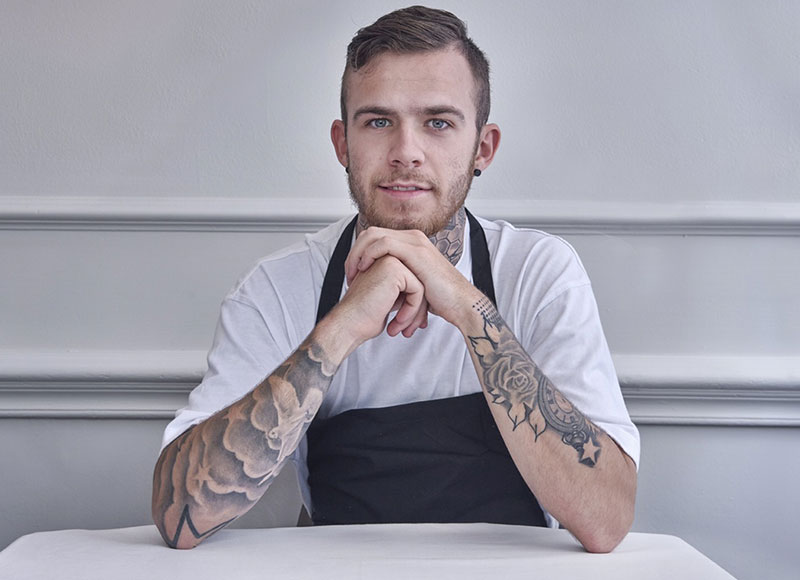 The plan: ‘When people ask me about my ambitions, it’s difficult to ignore the obvious question about {Michelin} stars – given my own background as well as the restaurant’s. But to be honest, all I have ever wanted to do was cook great food. If that gains Michelin recognition then obviously that’s brilliant, but ultimately it is all about creating a fine dining experience but in a more relaxed and enjoyable atmosphere. My training was very traditional; I learnt my craft in Paris and New York, mastering the fundamentals of French fine dining, so I have always stayed true to these basic principles. But I like putting my own stamp on them, especially with the environment I create.’

The can’t-live-without ingredient: ‘I couldn’t live without salt on my food. Not only does salt bring a dish to life but it also helps to maintain colour and flavour, elevating the food instantly.’

Easy way to impress: ‘When cooking pork I always like to add fresh apple juice to any jus or sauce, just before I serve, which adds a delicate zing and a freshness. It’s on our menu at the moment in a jus of pork trimmings, pork stock, lemon thyme and white wine.’

How to perk up your lunchbox: ‘There’s nothing worse than soggy lunch. To avoid this, and keep food transferable between home and work, I use lunch boxes with several separate compartments. This way everything stays fresh. Not rocket science, but very underrated!’

Why we love Ben: Launceston Place (just round the corner from YOU mag’s Kensington HQ) is the perfect serene setting for Ben’s exquisite-yet-playful cooking. Dishes on a special Chicken tasting menu (a recent clever twist on Sunday Roast) included a wonderfully intense Oyster Consommé (using the oysters from the bird – always the best bit of meat!) plus Egg & Solders (delicate scrambled egg foam served in the shell and sprinkled with truffle.) Who could resist a smile?! 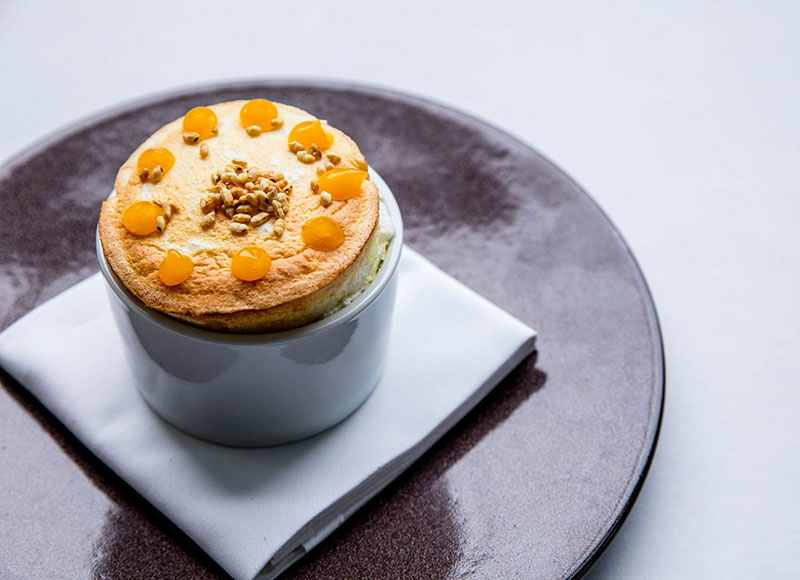 1. To make the crème patisserie, whisk together the egg yolks and sugar until a paste is formed. Stir in the flour and set aside in a bowl.
2. Bring the milk to the boil, and add to the previously made paste.
3. Using a spatula, gently cook the pastry mix until it coats the back of a spoon. Pass through a sieve to remove any lumps. Once cool, combine in flavoured puree.
4. To make the meringue, whisk the egg whites whilst slowly adding the sugar to the mix (in thirds) until it forms soft peaks.
5. Fold the crème pat and the meringue mixture together.
6. Line small individual ramekins with soft butter and sugar and add the mixture whilst tapping the ramekins to make sure they’re completely full.
7. Cook on 180c for 8 minutes (turning the soufflés around after 4 minutes).

TIP: Ben decorates his soufflé with puffed Wild Rice, Passionfruit Gel and a yogurt Ice-cream. Using Rice Krispies for texture will also go down a treat!

You can send a friend a Colin the Caterpillar birthday cake...

You can now order personalised Krispy Kreme doughnuts direct to your...

Waitrose has unveiled its Christmas food for 2020 and we’re hungry...

Morrisons’ Christmas food for 2020 includes vegan pigs in blankets and...