Whatever your opinion of And Just Like That, there’s no denying it’s occupied our social media feeds for months now. From ‘attacks’ on certain characters to that shocking Peloton scene, the show has been getting plenty of attention. Not to mention, the Sex and the City beauty and wardrobe departments have once again created stunning on-trend looks for our favourite characters.

While the focus is usually on Carrie’s outfits, Miranda and Charlotte have come back in the And Just Like That reboot with a revived sense of style. Charlotte’s prim and proper looks might not be for everyone, but she certainly wears them well. To complement her crisp silhouettes and A-line cuts, we usually see Charlotte working neutral, natural-looking make up.

Head make-up designer for And Just Like That, Sherri Berman Laurence, has actually revealed how they achieve the glowing rosy look Charlotte is known for. Speaking to Harper’s Bazaar, she said make-up artist Matin Maulawizada is responsible for Charlotte’s on-set face and always reaches for Charlotte Tilbury’s Cheek to Chic Blusher to give Charlotte York Goldenblatt her radiant complexion. It makes Charlotte look ‘very Upper East Side and expensive,’ Sherri said. 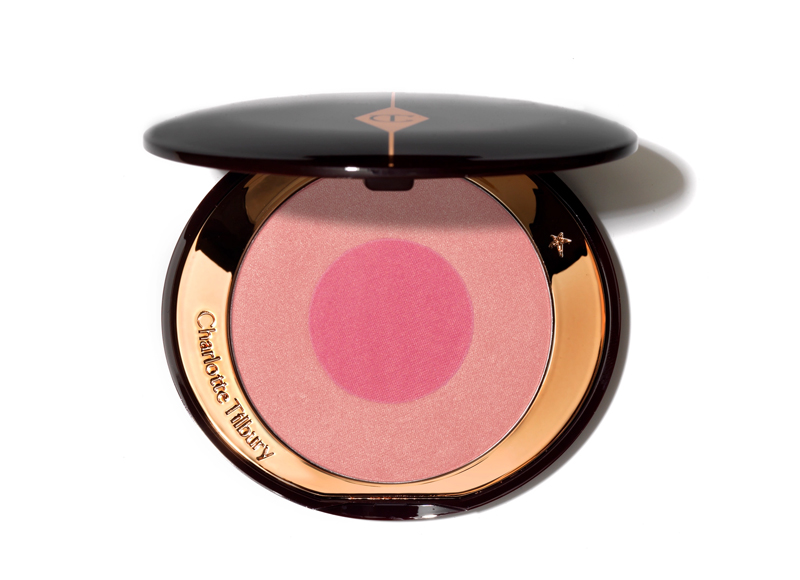 As you can see, the blusher contains two colours and is available in a selection of shades. So to get the best finish, it’s recommended to start with the outer colour on your brush. Apply that to the tops of your cheekbones and then use the middle, deeper colour on the apples of your cheeks.

Now you know how to achieve Charlotte’s ‘expensive’ look without actually spending that much. If you’re more of a Carrie Bradshaw, you’ll be pleased to know you can buy the exact hair turban she wears in the series, as well as her designer date night dress that costs less than £200. As for other celebrity make up hacks, Phoebe Dynevor recently revealed the lip liner she wore in Bridgerton.

The Beauty Oscars: Announcing the winners of this year’s CEW Beauty...

You can now buy the foundation that Meghan Markle reportedly wore...

Meet the cleanser with the most five star reviews on Cult...

BEAUTY KNOW HOW: We’re having an Aussie moment

How to recreate Tess Daly’s YOU cover shoot hair looks

‘My darkest days ended when I gave into going grey’

5 Rituals Christmas gift sets for everyone on your list