When a foundation is creating a buzz before the public has even had the chance to try it, you know it’s going to be good – so when we found out that 10,000 beauty fans had signed up to the waiting list for Charlotte Tilbury’s new Airbrush Flawless Foundation, we had to sit up and take note.

The new launch, which boasts an impressive 44 shades in its range, has a number of plus points that have got insiders seriously excited.

Not only is it sweat and humidity proof and transfer resistant, it contains a ground-breaking ingredient called Magic Replexium, which claims to reduce the appearance of wrinkles by up to 22 per cent within eight weeks – so you can actually refresh and renew your complexion while wearing a base.

That’s not the only element of skincare that the formula incorporates either – it’s ultra-moisturising, and designed to protect against the impact of pollution. Essentially, it’s a hard-working multitasker that, unlike many foundations, will actually improve the appearance of your natural skin while you wear it, rather than clogging up pores and weighing them down.

Make-up artist to the stars Charlotte has gone as far as to dub the foundation her biggest launch of the year, saying: ‘In my twenty-seven years as a make-up artist to the stars, people have always asked for my secret to the “flawless” feeling derived from a poreless-looking, satin-smooth, visibly airbrushed, youthful-looking and flawlessly-matched complexion.’

‘Since wearing this foundation, I’ve had my closest friends dying to know, “has she had a little work done?” That is the effect of this foundation, it gives you a more youthful look. How often do you hear this about a colour product?’ 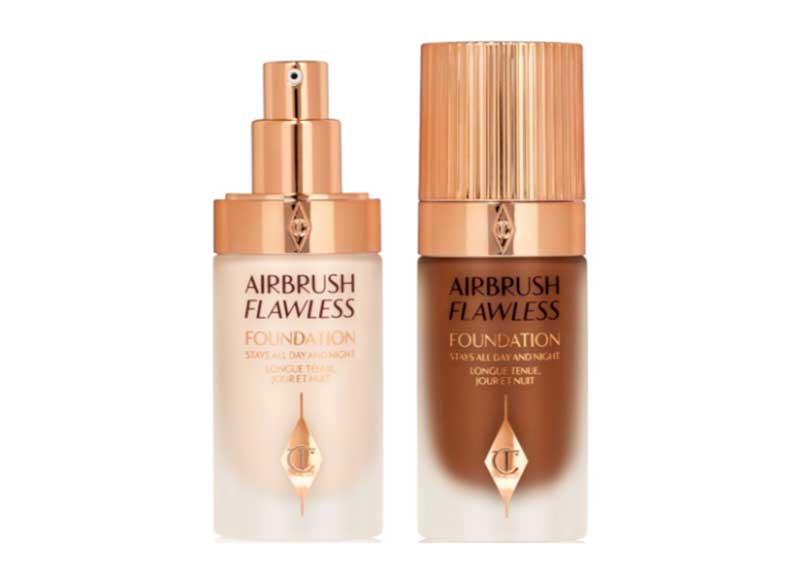 With a combination Charlotte’s own comments and rave test reviews – 98 per cent said the foundation felt lightweight and comfortable, and 95 per cent said their pores looked reduced while wearing it – it’s no surprise that thousands of customers can’t wait to get their hands on the coveted bottle.

If you now count yourself amongst them, you don’t have long to wait – the Airbrush Flawless Foundation arrives online tomorrow (22 August) at charlottetilbury.com, and worldwide in stores from 6 September.

11 brilliant products to buy in the Debenhams huge beauty sale

Millions of women are brushing their hair wrong and you could...

The Liberty beauty advent calendar for 2020 is back in stock...

Caffeine shampoo: How it works and 5 of the best to...

The Body Shop’s new range is an affordable antidote to dull,...

This K-beauty buy is an affordable dupe for Estee Lauder’s Advanced...