They say imitation is the sincerest form of flattery, and when you’re imitating stars as well dressed as Charlotte Hawkins and Rochelle Humes, you know you’re on to a good thing.

Charlotte may appear on Good Morning Britain while Rochelle has a recurring role on This Morning, but the pair appear to have a very similar taste in midi dresses during their shared time at the ITV studios, as eagle-eyed viewers have spotted them in the very same frock.

Charlotte modelled the floral print outfit first, styled by her on-screen stylist Debbie Harper with a pair of Boden shoes, but Rochelle wasn’t far behind, wearing what appeared to be an identical dress to front the later show with John Barrowman.

And their matching didn’t go unnoticed by the audience, who took to Instagram to comment on the look.

‘It’s same as Rochelle got on on This Morning!’ one exclaimed to Charlotte, followed by another who wrote: ‘I thought I was seeing things!’

‘The same dress as @charlottehawkins1 was wearing on GMB ?,’ another wrote to Rochelle when she shared a pic of herself in the piece on set.

If you love the piece and want to be the third member of Rochelle and Charlotte’s style-savvy gang, we can reveal it’s a Ghost design that’s stocked by QVC, and is still available in sizes XS to XL.

While, at £124, it’s not the most affordable piece the pair have ever sported, but it is a versatile dress that can be worn almost anywhere – to the office, summer weddings, on holiday, or to parties with family and friends. 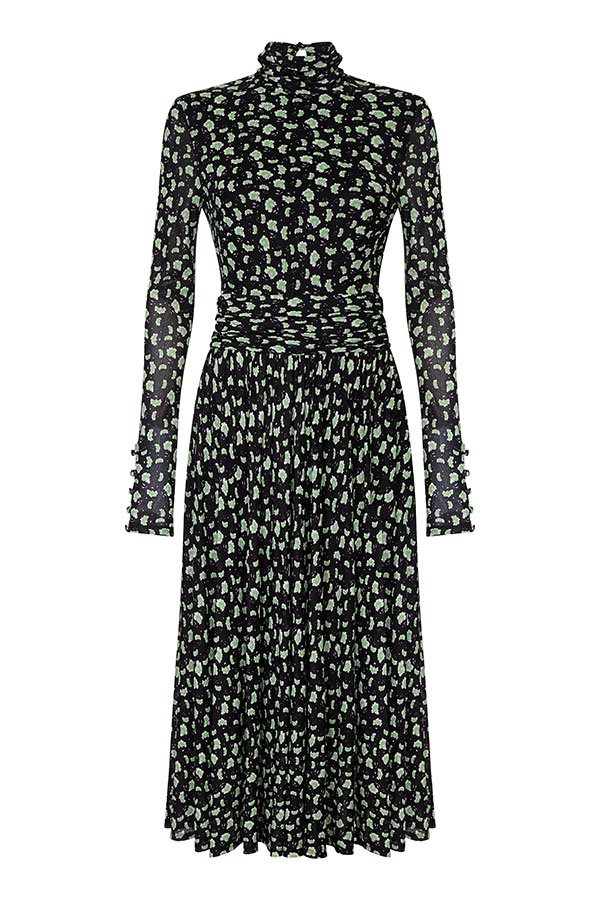 Plus, it’s a year-round investment – layer it up with tights and boots when the temperatures drop and you can wear it throughout winter and beyond. Suddenly the price per wear looks a lot more appealing…

ASOS and DPD have teamed up to collect your unwanted clothes...

Monikh Dale’s sellout Amazon Fashion dress is back in stock and...

This must-have dress has been wishlisted 10,000 times

YES YOU CAN: Wear a one-piece

A former Primark employee has shared the store’s top secrets on...