Honestly, how did we ever survive without catch-up TV? For those of us who remember the days of painstakingly recording our favourite TV shows on video tapes, streaming and catch-up services are a real godsend. But they can also come with overwhelming choice, so we’re here to give you some tips on what to watch on BBC iPlayer right now, including brilliant comedies and original dramas.

What to watch on BBC iPlayer

EVERYTHING I KNOW ABOUT LOVE 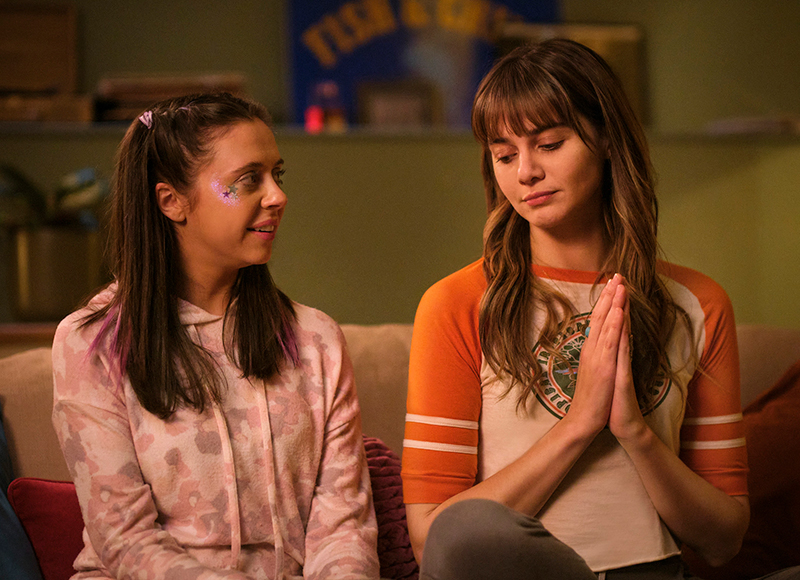 Based on Dolly Alderton’s best-selling memoir Everything I Know About Love, this seven-part BBC One series gives an unflinching account of surviving your twenties. The central story revolves around two childhood best friends, Maggie and Birdy, and it set in a 2012 London house-share, with flashbacks to suburban adolescence in the early noughties. It features bad dates, heartaches and humiliations, asking the central question: can platonic love survive romantic love as we grow up?

Fans of Peaky Blinders (and, ahem, Cillian Murphy) were thrilled to see it back for series 6 – and Tom Hardy back in his role as Alfie Solomons.

In October, screenwriter Steven Knight hinted that it may be the final series or at least “the end of the road for Peaky Blinders as we know it”. There is however, strong suggestions that a film is on the way next. 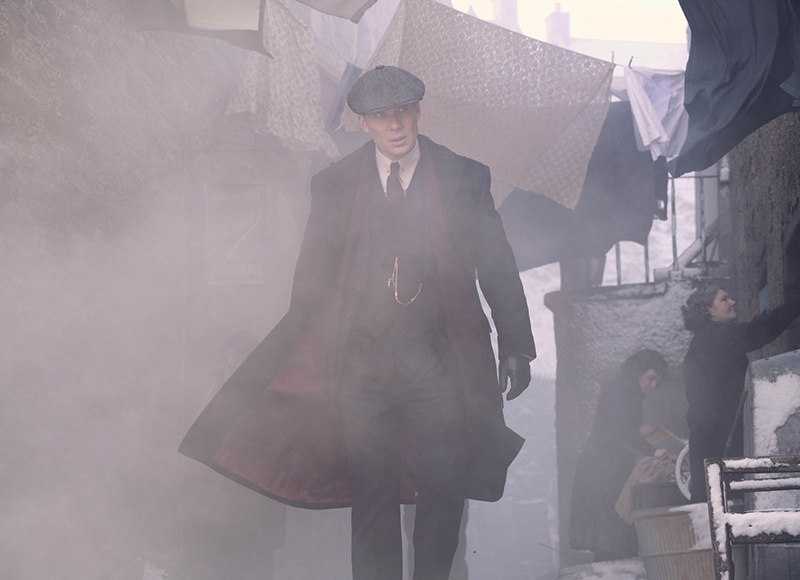 READ MORE: We meet the women of Peaky Blinders

THIS IS GOING TO HURT

If you’re one of the few people left who hasn’t read Adam Kay’s memoir, This Is Going To Hurt, then here’s the lowdown: it’s the diary of a junior doctor, equal parts hilarious and heartbreaking. Now, the best-selling book has been made into a BBC drama that we just can’t wait to watch (and we’ve been twiddling our thumbs for a while – the BBC announced the drama in July 2018, but due to Covid filming only wrapped earlier this year).

Ben Whishaw stars as Adam, wending his way through the ranks of hospital hierarchy  – junior enough to suffer the crippling hours, but senior enough to face a constant barrage of terrifying responsibilities. Adam is clinging to his personal life as he is increasingly overwhelmed by stresses at work: the 97-hour weeks, the life and death decisions, and all the while knowing the hospital parking meter is earning more than him.

What happens when a social media fandom goes too far? That’s the question explored in this six-part series, written by Sex Education director Alice Seabright.

The official synopsis explains: ‘Still living with her mum and working as a temp, Becky compares herself to the picture-perfect lives on Instagram, compulsively returning to one account: Chloe’s.’

‘Becky obsessively watches her seemingly flawless life through social media. But when Chloe dies suddenly, Becky’s need to find out how and why leads her to assume a new identity and engineer a ‘chance’ meeting with Chloe’s best friend, Livia, and infiltrate Chloe’s group of close-knit friends.’ 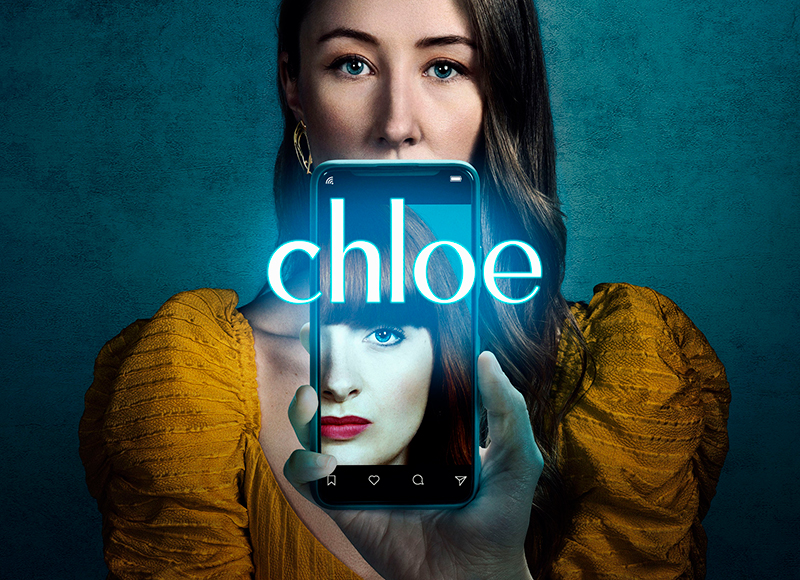 ‘Through her alter-ego Sasha, Becky becomes a powerful, transgressive heroine; a popular, well-connected ‘someone’ with a life, and loves, that are far more exciting and addictive than the ‘no-one’ she is as Becky. However, the pretence soon obscures and conflates reality, and Becky risks losing herself completely in the game she is playing.’ 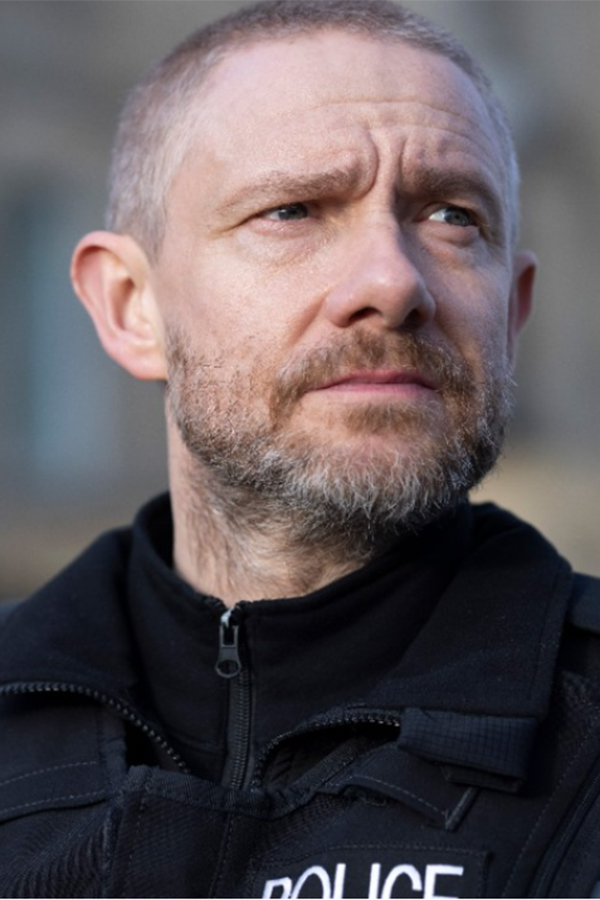 Written by ex-police officer Tony Schumacher, his first original series for television, The Responder holds a mirror up to the emotional extremes of life on the front line of British policing – sometimes darkly funny, sometimes painfully tragic, always challenging.

The Responder follows Chris Carson (Martin Freeman), a crisis-stricken, morally compromised, unconventional urgent response officer tackling a series of night shifts on the beat in Liverpool. Whilst trying to keep his head above water both personally and professionally, Chris is forced to take on a new rookie partner Rachel (Adelayo Adedayo). Both soon discover that survival in this high pressure, relentless, night-time world will depend on them either helping or destroying each other.

RULES OF THE GAME

Maxine Peake stars as ruthless and abrasive Sam, whose willingness to play along with the boys means she’s climbed to the top of a sportswear company. As COO, it’s a view she’s comfortable with. Maya, the newly hired HR Director, has a very different perspective.

Claire Foy became a household name for her turn as the Queen in Netflix drama The Crown. Now she’s turning her hand to a member of the British aristocracy, playing Margaret Campbell, the Duchess of Argyll, in BBC drama A Very British Scandal.

The drama, comprising of three one-hour episodes, focuses on the notorious divorce of the Duke and Duchess of Argyll, revealing the social and political climate of post-war Britain. In particular, it explores attitudes towards women, and the way in which Margaret, who was famed for her charisma and beauty, was vilified at the time.

Need a new thriller in your life? You’re in luck. The Tourist is a six-part TV show starring 50 Shades of Grey’s Jamie Dornan as the ‘The Man’, who is desperately searching for his identity. The show is set in the Australian outback, where a British man (Dornan) finds himself being pursued by a tank truck trying to drive him off the road.

The official synopsis reads: ‘An epic cat and mouse chase unfolds and the man later wakes up in hospital, hurt, but somehow alive. Except… he has no idea who he is.’ We’re hooked.

The Tourist also stars Line of Duty‘s Shalom Brune-Franklin as a waitress who gets caught up in ‘The Man’s’ journey. 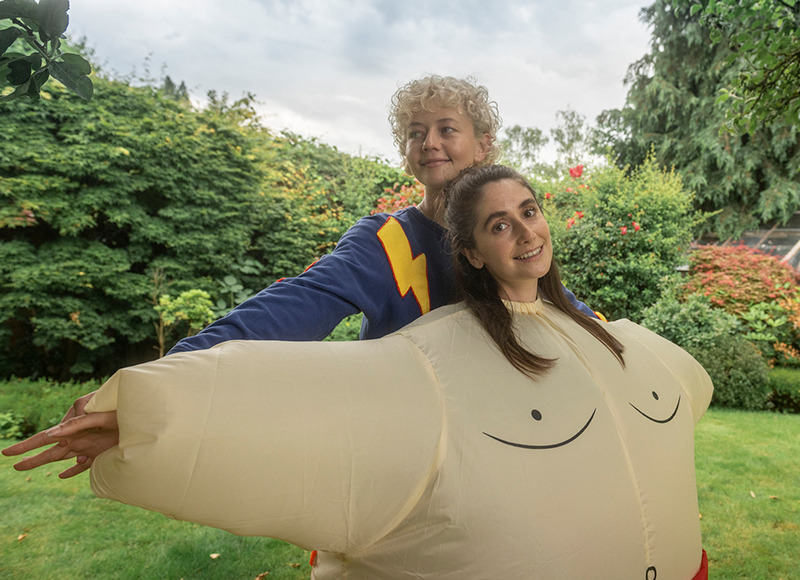 This new BBC Three drama is based on a sellout show, and is the true story of an extraordinary friendship amidst the reality of living with a brain tumour diagnosis (the tumour is fondly named Britney after the one and only icon).

Charly and Ellen have been friends since school. Ten years on, Charly is leaving New York and a dubious career in Broadway leafleting to visit Ellen back in their home village, but Ellen soon discovers that Charly isn’t planning on moving back permanently, crushing the dream they’d always shared of living in London together. Now at odds and no longer as inseparable as they’d imagined, Charly discovers that her mysterious lack of periods is a result of something much bigger and scarier. Their world is suddenly tipped upside down as they fight to make sure their friendship rom-com has a happy ending.

Gugu Mbatha-Raw and David Oyelowo star in the BBC’s adaptation of JP Delaney’s novel, a psychological thriller in which Jane (Mbatha-Raw) is given the opportunity to move into a beautiful, minimalist apartment designed by a mysterious architect (Oyelowo). But there’s a catch: she must abide by his list of exacting rules. It’s set to be an unnerving, suspense-filled four-part drama that will provide thrill-seekers with the perfect catch-up TV.

READ MORE: Best BBC dramas to look forward to in 2022