Caroline Hirons is widely considered the most powerful woman in beauty so when she raves about a product, we just know it’s the real deal. If all her recommendations are pulling on your purse strings, however, you’ll be pleased to know that the most recent product to attract her attention is a budget-friendly £6.

Caroline said on her Instagram, ‘I’m testing SPFs at the mo and this Garnier Ambre Solaire Anti-Dryness SPF 50 is the dog’s b******s. I do one layer all over my face and neck and then I go in again over my areas of hyperpigmentation. Just because. So far I’m loving it. I’ve had no issues wearing makeup over it…And it’s THREE STERLING POUNDS. THREE. Yes, it’s on offer, but still’.

Later that evening she updated the post to say that the price has gone up to £6 but that ‘it’s still worth it folks’. We’re sold.

What makes Garnier Ambre Solaire Anti-Dryness SPF so good? Not only does it protect against UVB, UVA and Long UVA but also promises to hydrate skin for up to 24 hours without leaving a greasy finish.

Now, it’s not often Caroline gives a product such a rave review on her Instagram so when we say we ran not walked to Boots, we’re not exaggerating.

From the sounds of the comments, however, others did the same too as one follower, @thisgirlcanorganise, said; ‘Tried to get it everywhere! Sold out…Power of the Hiron!’ 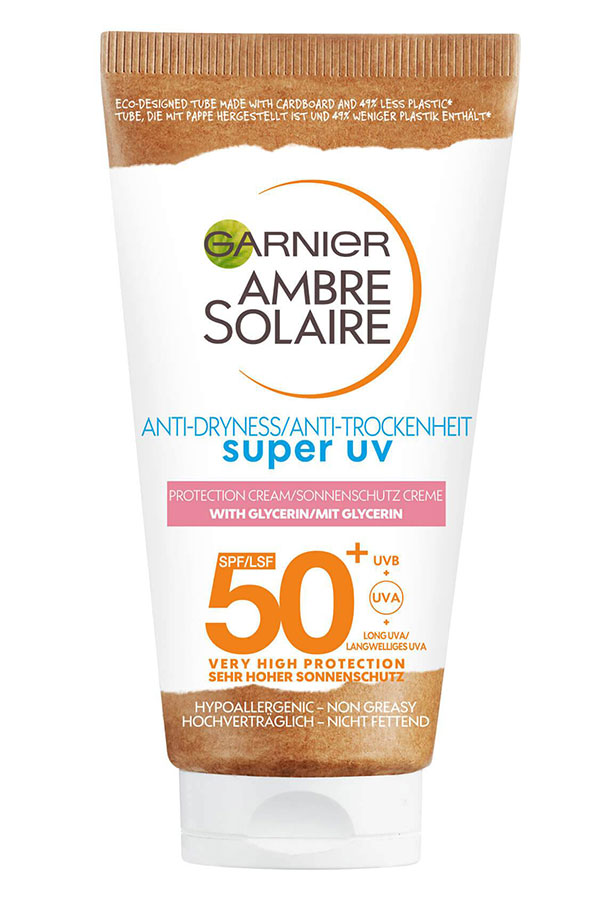 According to Boots, the SPF is temporarily unavailable online but is available in-store so we would recommend using the ‘Find A Store’ button to check the stores local to you as we were able to find it in our local Boots. Go, go, go!