Yes, says Stacey Halls – one even shaped her entire destiny. Fate or free will? You decide…

When I was in the last few weeks of university – in that frenzied, intense period cramming for final exams – I took a break from revision one evening to put on a DVD of the latest Twilight film. It was 2011 and everyone was obsessed with the story of Bella and Edward – an ordinary girl and her vampire lover. I was 21 and the future yawned emptily before me. Love was the last thing on my mind, so nobody was more surprised than me when I went to bed that night and woke up head over heels for someone I barely even knew.

Andy was a fellow student on my journalism course but we weren’t friends. We weren’t even acquaintances. I’d probably spoken to him three times in three years. I actually thought he was a bit of a swot – he sat at the front of every lecture hall, practically dislocating his shoulder because of the speed with which he shot up his hand to answer questions. He was the last person I’d expect to take the starring role in my own dream version of Twilight. There was a forest, there were long, lingering looks – I will insist here that it was not a sex dream – and I think there was even a wedding at one point.

My crush was formed but instead of fading away when I woke, it grew. It’s amazing how the way you perceive someone’s features can change literally overnight – so ordinary one day, so divine the next. It would turn into the great love story of my life, but who would have thought that it could have begun while I was fast asleep in my bedroom at my parents’ house?

This was the era of instant messaging and while I was staring at Andy’s Facebook profile picture – when I should have been revising media law – he appeared online. I said hello and he replied, beginning a daily correspondence that he admits he was bewildered by at the time. I persisted, popping up with questions I knew the answer to (‘Remind me of the difference between defamation and slander?’). Fast-forward to an awkward encounter at the student union, a house party, then a job offer each in London, and five weeks later we found ourselves moving in together. Six years later we got married.

At some point in the first year of our relationship I dropped into conversation the story about my dream where we’d got together – but Andy just laughed it off as a funny coincidence. I grew serious and tried to explain that the dream was the singular reason we were together but I think, like most men, he liked to think he’d played a larger part in initiating the relationship, when the reality is I set my sights on him and he didn’t have much choice in the matter.

Was it fate or free will? Choice or chance? If I hadn’t put Twilight in the DVD player that night, would I now have a mortgage and a marriage certificate? I’d like to think we’d have been drawn together regardless, but we’ll never know.

I’m not the only person who’s had one of these prophetic experiences. When I tell people how we got together, it seems having a dream that came true is like a ghost story: everyone’s got one, or knows someone who’s had one. A colleague said that when her mum was pregnant with her, she dreamed she called the baby Felice, so that’s her name. A friend’s mum was astonished when a multi-storey car park collapsed, damaging several cars but injuring no one, as she’d dreamt a few nights before that it happened. Another friend recalled being hysterical when, as a child, she dreamed her perfectly healthy grandmother died but was reassured by her parents that Grandma was fine. Her grandmother died that same day. And my literary agent, while in the middle of an auction for one of her client’s manuscripts, dreamed that a certain publisher put a specific amount on the table for the novel, winning the auction. You can guess what happened next.

A quick poll on my social media asking, ‘Have you ever dreamed something that came true?’ returned a ‘yes’ from 68 per cent of respondents. When I invited them to share their stories, most involved tragedy: childhood friends dying, car crashes; two separate people had nightmarish premonitions of the 7/7 bombings the night before they happened. Others were less dramatic – pregnancy announcements and pet fish being stolen.

Tetyana, 43, from London, met her husband at a dinner party. A month after their first date he told her he’d had a dream that they were standing beside a white picket fence with a black church in the background. She thought nothing of it, until a few weeks later they were browsing a photography book when suddenly her husband gasped and pointed. The church from his dream and the white picket fence in front of it was a real place in Iceland. Ten months later they got married there.

Some dreams are life-changing. Daisy, 28, from Gloucestershire, didn’t realise quitting the job she was so unhappy in was an option until she had an ‘intensely realistic’ dream of walking down a beach in Southeast Asia and knew it was something she had to do, not just fantasise about on the commute to her job as a fashion stylist. ‘I couldn’t stop thinking about this place,’ she says. ‘I’d never been to Southeast Asia, but I knew instinctively that’s where I was; it felt familiar yet strange. I thought my travelling days were over but that week I handed in my notice then moved back in with my parents and spent all my savings on a four-month trip. I almost can’t believe I’ve done it but the dream just felt so certain – more like a memory than my imagination.’

When Sarah, a writer from Melbourne, was 18, she had a vivid dream about walking hand in hand with a little girl. She never imagined she’d have ‘seen’ her daughter almost 15 years before she was born. ‘Three years after having that dream I started dating my brother’s friend who I remember thinking at the time looked familiar,’ says Sarah, now 40. ‘When I was 33 we had our daughter. She’s seven now, and looks exactly like the girl from my dream. Her dad and I separated when she was five – the age the girl was in my dream. It’s like she visited me from the future.’

Dreams have inspired authors, musicians and even scientists. Paul McCartney famously heard the opening melody of ‘Yesterday’ while asleep and stumbled straight from bed to his piano to work on the chords. Mary Shelley had a nightmare about a corpse brought back to life by a maniacal student, which became the 1818 horror classic Frankenstein. Einstein’s formula for the speed of light came to him during an imagined sledge ride down a hill, and Otto Loewi won the Nobel Prize in 1936 after realising in a dream that the nervous system was chemical and not electric.

So what’s the theory behind this nocturnal enlightenment? On a very basic level, dreams are products of the subconscious mind. From a Freudian perspective, our dreams are disguises for hidden desires, primitive needs and forbidden urges – things that are too unpleasant or difficult for us to give conscious thought to. But dreaming you’re having an affair with the neighbour or that you’re naked on the high street doesn’t mean it’s going to happen.

Matthew Bowes, a psychotherapist who specialises in dream interpretation (matthewbowespsychotherapy.co.uk), says that dreams can be interpreted on many different levels: ‘They can be highly specific and personal, they can be us making sense of what happened that day or they can be our minds trying to sort out bigger problems – for instance, struggles and conflicts with and inside ourselves.’ So the steamy goings on with Steve next door could mean it’s time to spice up your sex life; perhaps the naked wanderings signify panic about an upcoming event or job interview, where you might feel exposed.

As for prophetic dreaming, Bowes says we mustn’t underestimate the power of the subconscious. ‘As humans, the way we emotionally process things anticipates future events and can give us an implied course of action. We also have to accept that there are memories and thoughts that we don’t have access to in our conscious minds, and that our daily interactions are recorded by the subconscious. For example, when you have a conversation with someone your subconscious is picking up body language and tone of voice and will store that away.’ So if you then dream about a colleague romantically or that a grandparent dies, this can be the subconscious’s way of dealing with the subtleties it has interpreted. ‘The idea of a family member dying may not be something we want to entertain in our conscious minds but our dreams may invite us to confront such a possibility and arguably prepare us for that,’ says Bowes.

However, Bowes adds, we don’t have a science-based explanation for everything. ‘We live in a world that’s very scientific and in Western culture we see time as linear with the future in front of us, but that’s not necessarily how time works,’ he argues. ‘Clients have come to me having dreamt about an event that was so specific that then happened –  we must leave a little room for mysticism.’

As humans, we are narrative-making beings who want to find meaning in everything. And for every dream that has been realised or helped us reach an important decision, there are a thousand more that mean nothing. Just as we don’t act on every single thought we have, nor should we act on our dreams.

But to quote Disney’s Cinderella: ‘A dream is a wish your heart makes when you’re fast asleep.’ And after eight happy years together, I’m very glad mine came true.

By Theresa Cheung, author of The Dream Dictionary from A to Z 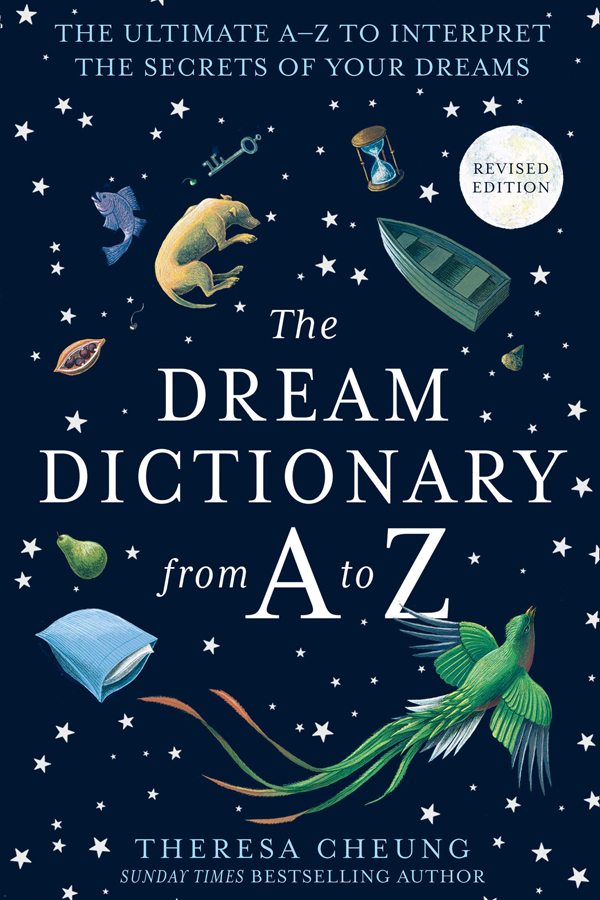 1. The Dream Dictionary from A to Z by Theresa Cheung. Look up the symbolism behind your dreams – however surreal. 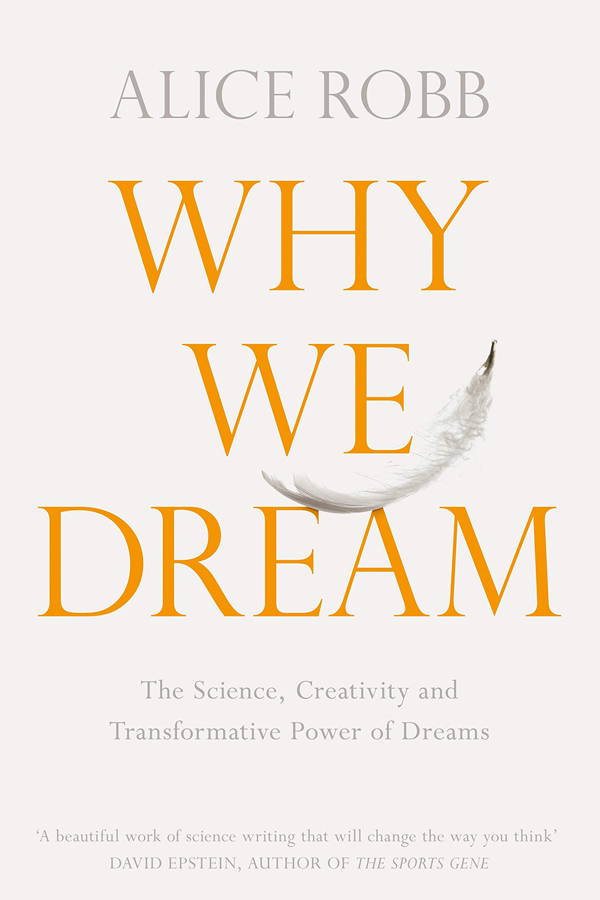 2. Why We Dream by Alice Robb. Even sceptics will be fascinated by the latest research into the science of dreaming. 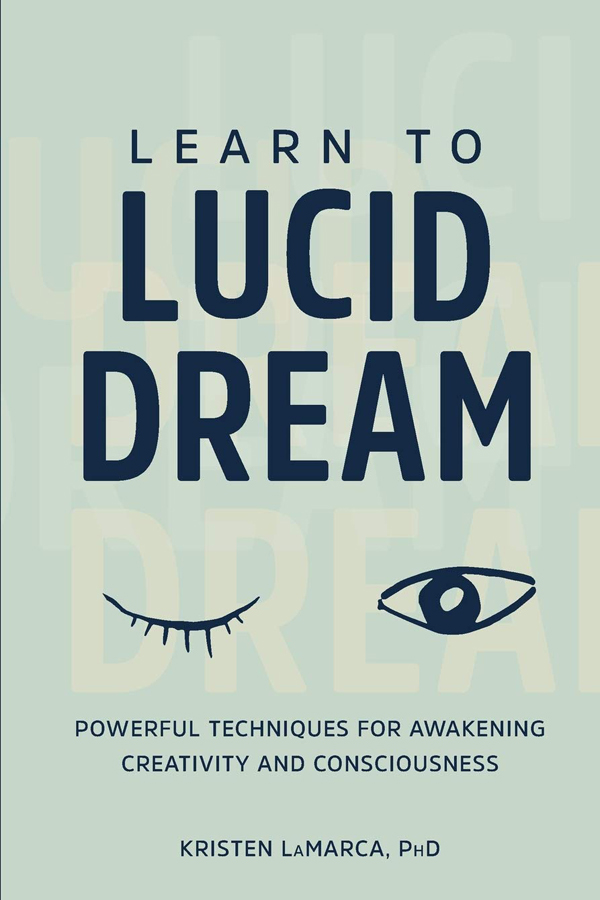 3. Learn To Lucid Dream by Kristen LaMarca. This step-by-step plan claims to teach you how to manipulate what happens in your dreams. 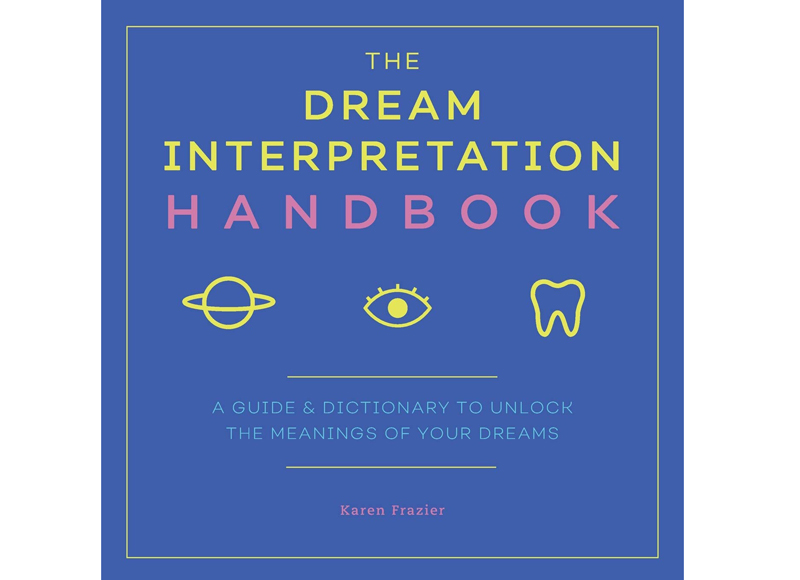 4. The Dream Interpretation Handbook by Karen Frazier Learn. To decipher dream ‘plotlines’ and how to use these insights to improve your life. 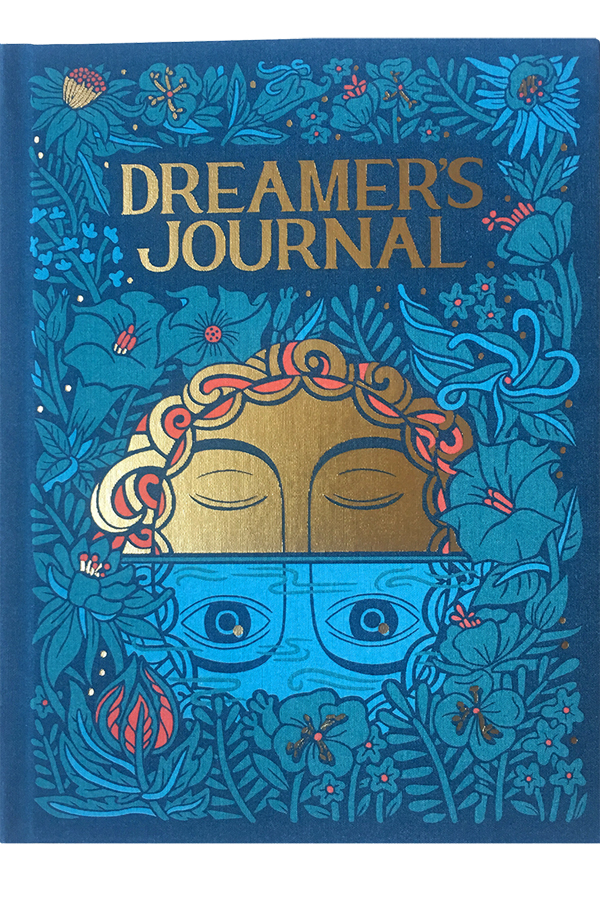 5. Dreamer’s Journal by Caitlin Keegan. A lovely illustrated book to record your dreams in, with prompts to help you make sense of them.

Stacey’s latest novel The Foundling will be published on 6 February by Manilla press, price £12.99.

Caroline West-Meads: ‘I can’t get my doctor to help me’

Caroline West-Meads: ‘Self-esteem issues are holding me back’

Caroline West-Meads: ‘I want much more from life than he does’

Rosie Green: To move on, you have to let go

LIZ JONES’S DIARY: In which I’m on a mission to see...

LIZ JONES’S DIARY: In which I finally get the chop

LIZ JONES’S DIARY: In which I wish I hadn’t made the...