Meghan Markle’s style is always impressive, whether she’s in a ballgown or a pair of jeans and a shirt. The Duchess of Sussex just has a gloriously easy-going approach to dressing that always makes her look chic, whether out and about or at home. And for her latest mini appearance in a trailer for her husband Prince Harry’s upcoming series, Meghan Markle was seen sporting a very cool and very affordable t-shirt.

Markle was spotted making a very brief appearance in a trailer for The Me You Can’t See, a new Apple TV+ series from Prince Harry and Oprah Winfrey. Dropping in on what looks like a Zoom call of her husband’s, the star is seen wearing a simple pair of black trousers with a white t-shirt featuring a slogan that reads, ‘Raising The Future.’

If you’re thinking this must be some kind of designer piece, think again; Meghan Markle’s t-shirt will set you back a mere £27 and is made by British brand Mère Soeur. What’s more, it’s actually still available to buy online, but considering the usual ‘Meghan effect,’ we wouldn’t be surprised if it flies out of stock sometime soon. 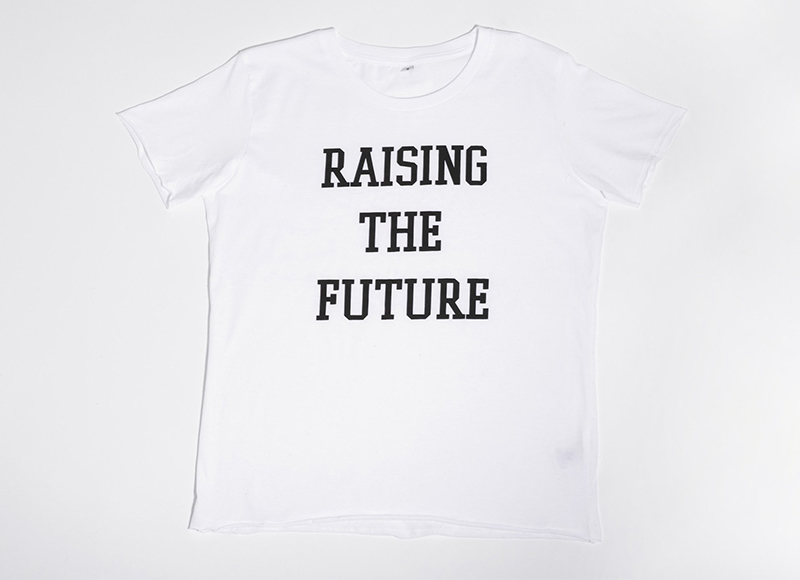 Meghan Markle’s t-shirt is available in six sizes: small, medium, large, XL, 2XL, and 3XL, with five out of the six sizes still currently available to order. The t-shirt is clearly a testament to being a parent and raising children to ‘be the future,’ as the item’s description reads: ‘However you choose to do it, whatever your parenting choices, we’re all doing it. The greatest and hardest job you’ll ever have.’

It’s so far unclear how much of Meghan Markle we will see in the Apple TV+ series, which will start streaming from Friday, May 21. What we do know is that the project will explore mental health and emotional wellbeing, and will feature discussions with famous faces from Lady Gaga to Glenn Close. You can watch the trailer above.

Influencers are loving this chic and versatile Mango dress

This new tool on ASOS will let you preview clothing on...

COS has launched its first ever activewear collection

11 of the best oversized tote bags for all your summer...

Kitri just launched its 50 per cent off sale: Here’s what...

Hooray for handbags: The instant outfit upgrade that always fits