Forget a night in with a cup of cocoa: today’s over-50s are partying more than ever – and certainly harder than their Generation Sensible kids, says Simon Mills (58 years young). PHOTOGRAPHS: MATTHEW SHAVE

To a private mini-festival in rural Wiltshire over a bank holiday weekend to celebrate a friend’s 56th birthday. The setting is idyllic – a large, tumbledown country house with barns and outbuildings. Sheep, horses and shabby-chic décor. Fairy lights, a big marquee, a spit-roasted pig and premium tequila on ice. No neighbours for miles.

After a quiet and mostly horizontal afternoon in the sun – adults and teenage children all mucking in together on a languorously boozy picnic – a spectacular sunset has shifted the mood to naughty, raucous, upright… and a bit lawless. 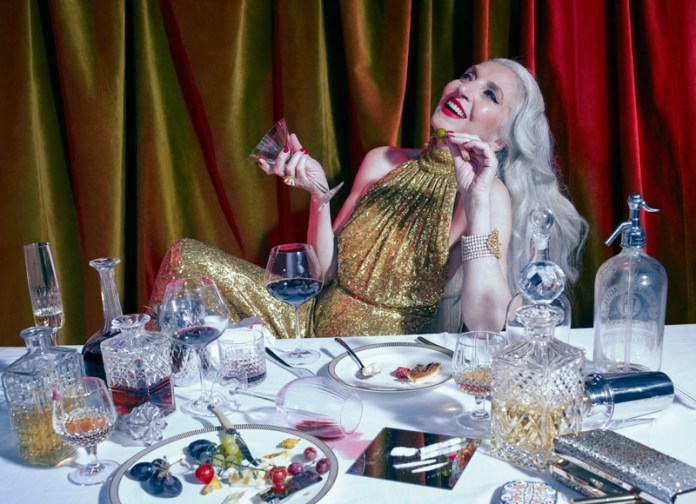 Later, with the host’s 23-year-old daughter now behind the decks and pumping house music to a busy dancefloor, it becomes clear that complimentary tablets of ecstasy have been distributed among the guests and that the huggy, heady euphoria induced by the drug is beginning to take hold. With her 56-year-old father throwing wild shapes at the centre of the throng – literally getting down with the kids – daughter clocks his contorted rictus grin and makes a damning observation.

On this freaky Friday night, the generational roles have been reversed.

The kids are all right – they are mostly straight, sensible and sober.

It’s the boomers who are behaving badly. Again. At last month’s Glastonbury, nearly every shot of the crowd featured a 50-something clutching a cider (or sitting on the shoulders of their millennial offspring).

Over in West London, a couple of rock stars are hosting a weekly music night at a small backstreet pub. Every Thursday, starting at a very civilised 8pm, they take turns to play dancehall reggae CDs, a bit of American punk-pop, some weird Japanese Muzak and an interlude of twanging rock’n’roll. People dance and get drunk and a bit rowdy. The crowd at this scuzzy, glam-slum is quietly star-studded – think Kate Moss, Courtney Love, Damon Albarn – and mostly over 50. In fact, many of the revellers are knocking on 60.

And it is all over by 11pm. Plenty of time to get home and top up with a shot of bedtime vodka in front of Kirsty Wark on Newsnight.

If a more rave-tastic experience is desired, then the badly behaved baby boomers – let’s call them the B4s – have plenty of options. Superstar DJ Annie Mac, a former Radio One staffer, recently announced a new club series called Before Midnight aimed squarely at the 40-plus audience. Mac explains her ‘Cinderellas’ are older girls who still wanna have fun and boomers who are prone to behaving badly but also want to ‘be able to get a good night’s sleep at the end of it all’.

Mac, 43, and a mum herself, said the idea for Before Midnight came from the ageing section of her audience. ‘People who adore the clubbing experience but don’t want to wait until 1am to see me play, who need to be sharp and useful at the weekends and just can’t afford sleepless nights.’ Everything about it is the same as a typical nightclub, Mac insists. ‘Except for the time it starts and the time it ends.’

Lucy Temple, 54, had a similar idea ages ago, back when she was still a callow 50-year-old. Frustrated that there was nowhere for her B4 friends to dance, flirt and get a bit frisky of an evening, she got together with a couple of DJ pals and a business partner, found a working men’s club near West London’s Portobello Road, and started her own party night. The inaugural 40 Something Disco for empty-nesters and naughty boomers was an instant hit. ‘Absolutely packed,’ says Lucy, who counts TV’s Davina McCall as one of her regulars.

‘We keep the door policy strict,’ she says. ‘Only 40-year-olds or over. No ID, no entry. And definitely no kids. The idea was to have a place where we could all behave a little bit badly, where the drinks weren’t ridiculously expensive, where we wouldn’t be in danger of bumping into our children, and we certainly wouldn’t have to worry about dancing next to some sexy 23-year-old girl in hot pants.’

Not that the over-50s aren’t feeling sexy. Far from it. A nationwide study published last month by over-50s dating service Ourtime found that 53 per cent of this age group say they feel friskier now than ever before. 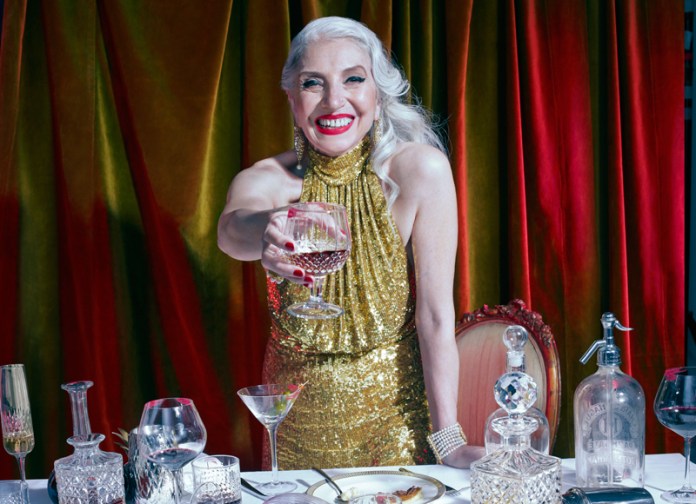 The older disco phenomenon, meanwhile, seems to be part of something properly zeitgeisty, catering to a genuine demand all over the country and even across Europe. A study by Eventbrite conducted before the pandemic found that more than 3.7 million Britons aged 45 and over were now going clubbing once a week. Statistics that were rubber-stamped last year by a 54-year-old Michael Gove. The cabinet minister was spotted ‘letting loose’ on the dancefloor at Aberdeen club Bohemia’s techno and jungle night, arriving alone at around 1am and waving his hands in the air like he just didn’t care until after 2am. On a Sunday. Or, as badly behaved boomers like to call it, ‘a school night’.

What is happening here isn’t nostalgia, nor a hoary old tribute act or throwback to better, more carefree times, but a blurring of the generations. With life expectancy now on a wonky, Benjamin Buttoning arc, a vibrant new stage in between middle age and geriatric decrepitude has been added.

Dancefloor-ready Youth 2.0, if you will, arrives when parental responsibilities are receding, bank balances slowly recovering and divorces reaching epidemic levels. ‘My crowd of 50-somethings are definitely more badly behaved than their kids,’ confirms Temple.

In contrast, the new vice-free, under-25 Generation Sensible not only doesn’t smoke, take drugs nor even have much sex, it hardly drinks either (in England, the number of 16- to 24-year-olds who consume alcohol has fallen from 67 per cent in 2002 to 41 per cent in 2019). Meanwhile, Generation B4 is there minesweeping the half-sunk glasses. More than four million over-50s in the UK were reported to be binge drinking at least once a week during lockdown, while an Age UK survey found drinking over 14 units of alcohol per week is most common among adults aged 55 to 64. The report doesn’t, however, mention anything about a sudden drunkenly induced affinity for Detroit techno or nu-disco.

With post-pandemic summer raving now back on, there will be plenty of boozed-up and behaving badly B4s on display during the next few months. And they will be dressed in very silly clothes and accessorised with feathers. We’re talking ‘glamping’, something that has become big business among the boomer generation at blue-chip music festivals. In fact, glamping is now a byword for a certain type of middle-aged, middle-class experience that promises the luxuries of a hotel stay but in a clifftop meadow and with enough security to ensure that what goes on between the 50-somethings in the yurt, stays in the yurt. Over in Oxfordshire, for example, next month’s Wilderness Festival on the Cornbury Park Estate (previous attendees include David and Samantha Cameron and former Governor of the Bank of England Mark Carney) has sold out of its – deep breath – £4,299 luxury suites-for-two packages.

Here, on the little wooden patio, Mum will go all Alexa Chung, wearing hotpants and wellies. She will put her hair in pigtails, apply glitter where eyeshadow normally goes and be sloshed by 3pm. Husband will don face paint, a tailcoat (worn sans shirt), lilac harem pants and a top hat adorned with feathers and will follow his kids down to the Wilderness valley for late-night dancing to DJ Peggy Gou. If he’s lucky, a selfie with David Cameron will be bagged. He will be back at his job, as an investment banker, on Monday: woozy, bleary eyed and around eight grand poorer.

Ibiza is, of course, a badly behaved boomer’s bacchanal. Older people have been frugging around the Balearics like teenagers since Roman times but it’s only recently that the recession-defying boomer buck has been successfully monetised. At the island’s swanky Ushuaïa super club, older female ravers are now offered a Divorce Package to celebrate their marital break-up and to usher in Youth 2.0 while listening to DJs such as 54-year-old David Guetta.

About to mark its 20th birthday, Serena Cook’s Ibiza concierge business Deliciously Sorted organises private parties – many of them in purpose-built subterranean, curfew and noise pollution-defying clubs beneath luxury villas – for wealthy celebrities and super-rich financiers, all of whom are in their 50s or older. Her eldest client is 83. I’ve been to a few Ibiza shindigs like these: Pete Tong on the decks, dancefloor mums Kathy Lette, Kelly Hoppen, Yasmin Le Bon in attendance. 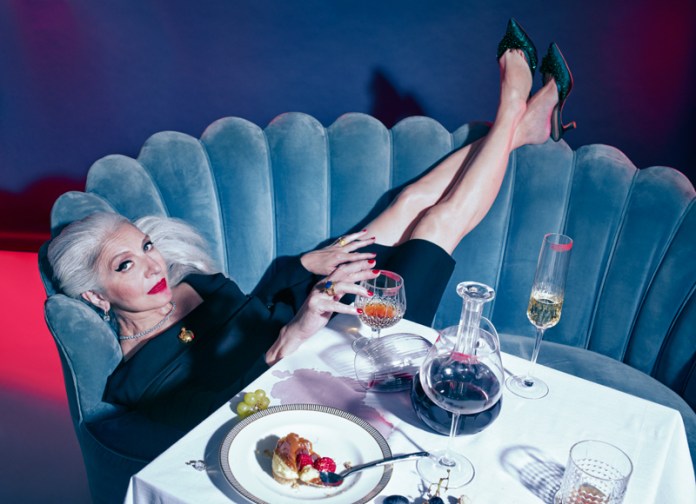 Even the drug dealers have got wise to the older, badly behaved boomer demographic. Last year it was reported that a new brand of cocaine, targeted squarely at the super rich, older caners, was in circulation. ‘Woke coke’ purported to be ‘fairtrade’, ‘ethically sourced’ and therefore much more expensive. This drug of choice costs £200 a gramme (more than double regular cocaine) and like all illegal substances is, of course, a terrible con.

Then again… perhaps the old saying is right: youth is wasted on the young. A few years back a friend told me about a famous actor he had known who had decided, quite pragmatically, to acquire a gentle drug habit in his late 80s. This national treasure of a man, who had been respectable and immaculately well behaved all his life, now found himself still lively, compos mentis, dry-witted and socially mobile but cruelly wheelchair bound. One day, on a whim, the old fella, with his aching bones and bad circulation, asked his 48-year-old son if he could ‘get a tablet of that ecstasy stuff to try’. After all, knocking on 90, what’s the worst thing that could happen?

Choosing to micro-dose MDMA from that day on, the terminally ill actor spent his last few years being wheeled around in a state of mild but very contended delirium, delighting in the fact that all his stuffy thespian friends were oblivious to the fact that he was quietly and elegantly trollied. Oh no. Grandad’s gurning.