Hairdresser to the stars Larry King has promised me a blow-dry and I am excited. It means that I’m part of the men’s grooming zeitgeist, because the male blow-dry – the man dry; the guy dry? – is once more in fashion. Not since the 1980s have men been quite so attached to their hairdryers.

According to market research company Mintel, male grooming isn’t simply the fastest-growing segment in personal care; men are currently more engaged than women, with six per cent more online hair searches last year. Not to mention the effect of TV shows such as Love Island (with Jack Fincham almost surgically attached to his hairdryer) and Queer Eye to encourage men to properly blow-dry their barnets.

Larry has been gently trying to encourage blokes back into his chair for a few years, but even he has noticed an upsurge in interest of late. Bouffant is back. After the short-back-and-sides era, men have been left with more hair than usual on top, so it makes sense that the response has been to sweep it up in a precise, voluminous pompadour.

And frankly, if there’s anyone you want with their fingers in your follicles, it’s Larry, hairdresser to the beauest of the monde. Since its opening last January, his salon in London’s South Kensington has become the go-to for the sort of men who make others mumble enviously under their breath: footballers, actors, models, musicians. Over the course of Larry’s career, his clients have consistently helped set the agenda for men’s hair: models David Gandy and Oliver Cheshire, football pundit Jamie Redknapp and actors Jamie Dornan and Jared Leto.

Considering its fancy clientele, the space is surprisingly unpretentious, with the atmosphere of a café or a chilled nightclub. I am already looking forward to having an enviably glossy and powerful-looking mane, for at least an afternoon. But there’s a problem. Larry fixes me with a gimlet eye and appraises my sorry lid. I have had the same Lego haircut since primary school, and have only used a hairdryer to evaporate tea spilt on my trousers. No, I don’t use product; yes, I towel it dry. It is no use playing the ‘I don’t care about that stuff’ card here. Larry and his team know, quite rightly, that a lack of grooming is as much of a statement as the most meticulous preening.

‘Ooh,’ Larry says, ‘I just don’t think it’s long enough.’ His voice is kindly but firm – the tone of a master craftsman who has looked under the sink and discovered the botch jobs of his predecessors. ‘It’s just not going to make much difference.’ His art needs a bigger canvas. An alternative model is summoned and appears almost at once. Danny has a winning smile, lovely long hair, the physique of a martial arts trainer and seemingly no more pressing engagements on a weekday afternoon.

‘Men are taking much more care of themselves in general,’ Larry explains, while Danny is prepped for action. ‘They’re interested in what they’re wearing, shopping more, even getting Botox. I tell all my clients to blow-dry their hair because it helps maintain the style when they’ve washed it. We’re seeing a revival of a look that was last popular in the 80s and, before that, in the 50s. Think of Michael Douglas in Wall Street or Richard Gere in Pretty Woman. In the upcoming Quentin Tarantino film Once Upon a Time in Hollywood, Brad Pitt has a haircut that is similar to the classic Robert Redford look.’

Larry is wearing a baseball cap backwards, concealing his hair, and I wonder if his own rug will be a letdown in the way that those people who work on cosmetics counters have the worst make-up on earth. I couldn’t be more wrong. He removes the hat to reveal a magnificent mane. ‘I blow-dry mine whenever I style it,’ he says. ‘I have a lot of grey, which can be drier and coarser. Blow-drying helps it to stick out more, and with a bit of the right product you can make it less fluffy and give it more shine.’ Which is good to know because according to the Journal of Personality and Social Psychology, confidence is even more important for success than talent – and grey hair is a key confidence knocker for all men.

Perhaps Larry has found the non-dying solution for us all. ‘Technology helps, too’, he adds. Dyson, sensing the opportunity to exploit male techno-nerdishness in a whole new market, has created a hairdryer with a heat sensor to stop hair being damaged by excess heat. Larry’s preferred mousse is by Redken, which, I am disappointed to discover, does not make you start talking about Adolf Hitler and collecting newts.

With the dryer in hand and a few practised finger strokes, Larry whips Danny’s hair into an elegant pomp. One of my objections to the blow-dry is the extra faff and fuss, but Larry is done in less than ten minutes, with impressive results. Somehow, Danny becomes even more handsome. Seeing me gazing up like a labrador at a barbecue, he relents. ‘Let’s see what we can do,’ he says. I settle into the chair and watch as he gets to work. Even with my Playmobil do, what he achieves is impressive. My hair seems to lift and thicken. I feel as though my face has grown longer.

‘There you go,’ Larry says. ‘Now don’t come back for six months.’ 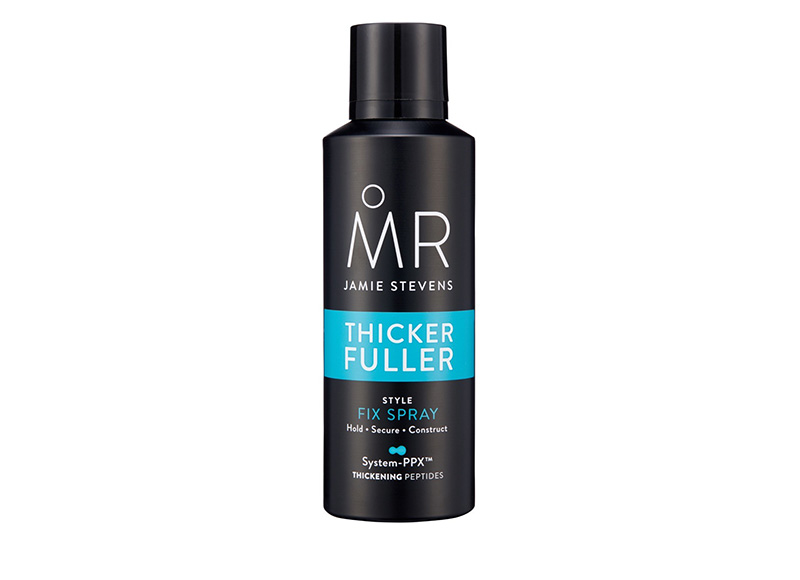 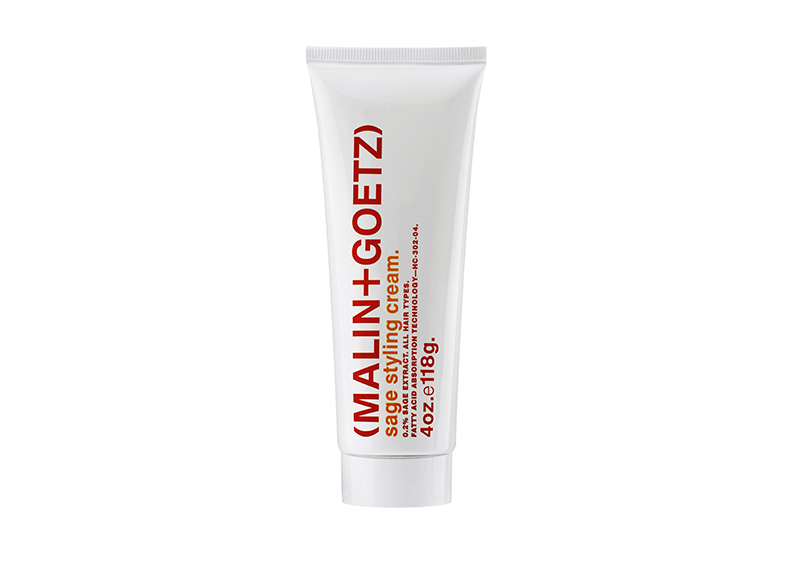 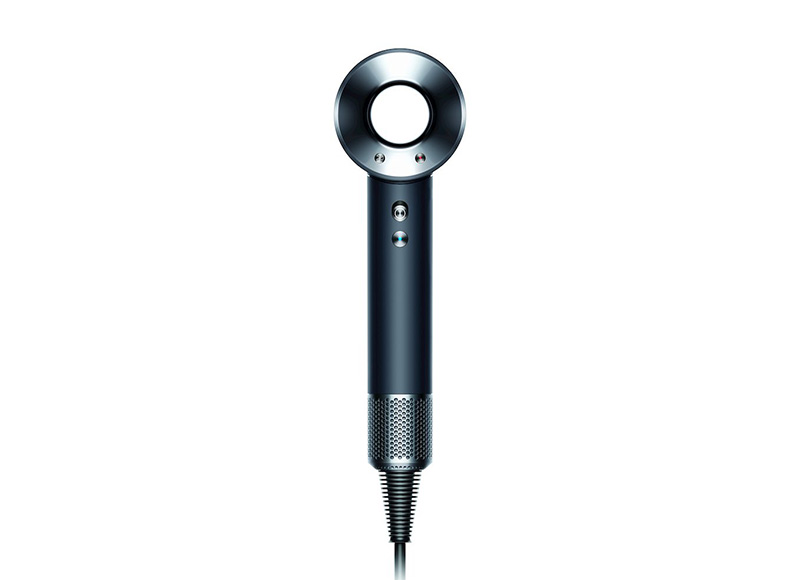 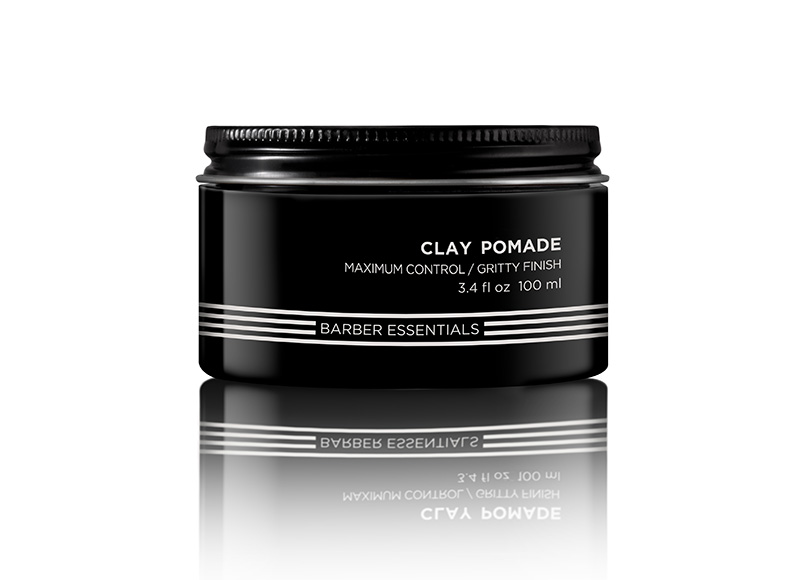 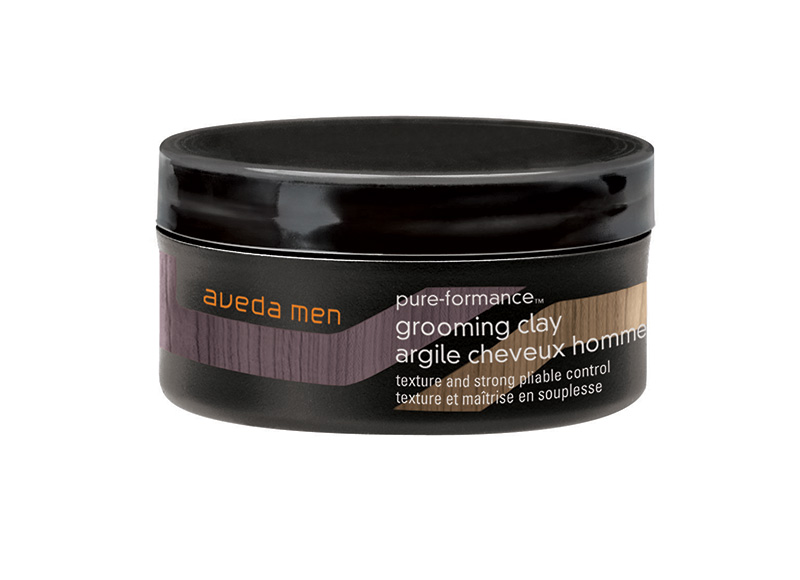