Pore strips aren’t the sexiest of subjects – but even stars like Chrissy Teigen and Rihanna reportedly turn to them to unclog their skin when it’s feeling congested.

Chrissy even famously documented a very candid journey using the product on her Instagram account, saying: ‘I like to pull these off, slowly, and then tilt them towards the light so I can see each little mountain, each tiny mountain.’

Her brand of choice for the curiously satisfying process? Bioré – and it turns out she’s not alone. In fact, a representative for the Japanese beauty line has confirmed to you.co.uk that a box of Bioré pore strips sold somewhere in the UK every 60 seconds last year. That’s a lot of blackheads purged.

Each strip is infused with tea tree oil and witch hazel, ingredients known for their skin-healing properties, and Bioré’s signature ‘C-Bond Technology’, a polymeric bond which works like a magnet to lift dirt and oil. When stuck to the skin for 10-15 minutes, they will lift weeks worth of build-up,  and visibly reduce pore size to boot.

They’ve also earned an average of four out of five stars from reviewers, with some saying they are ‘amazed how well they worked.’

‘This has been my go to product for many years now. Does exactly as it describes without irritating my skin which is quite sensitive,’ said one, while another agreed: ‘Been using these a while now and they have removed what was always too hard to squeeze out. I love these so much and wish I’d tried them sooner!’ 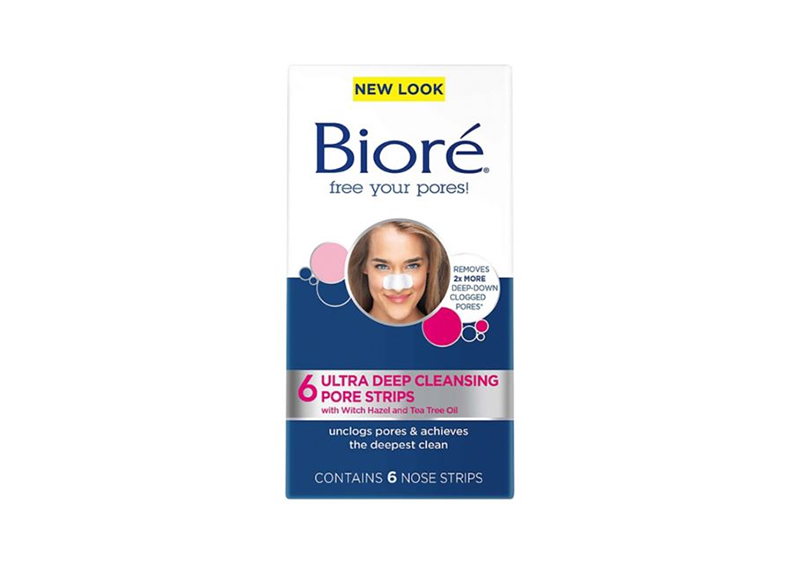 Celebrity make-up artist Priscilla Ono, whose client base includes Rihanna, Kelly Rowland and Paris Hilton, previously said that using a strip is the secret to improving the appearance of your foundation in a flash.

‘Having dead skin or blackheads, that’s always going to show on camera,’ she explained to Refinery29. ‘I will always carry Bioré Pore Strips. Whether it’s blackheads or just pore junk, it’s glaring and you can always see it under make-up.’

One bottle of Kiehl’s Calendula toner sells every 12 seconds

What is retinaldehyde? Everything you need to know about the ‘new...