Bloody Mary. Cosmo. Moscow mule. A quality bottle of vodka is a must-have on any drinks trolley (nasty paint-stripper brands are for students only). While there are some premium boutique labels that hit the spot, an unlikely own-brand supermarket bottle has been awarded a top accolade in the spirits world. And it will only set you back £12.49. 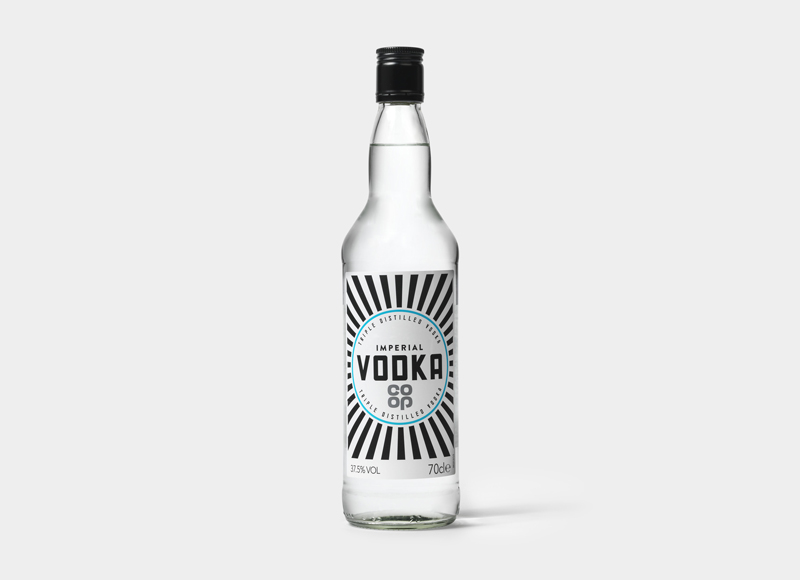 Co-op’s Imperial Vodka, which is produced in England, won a gold medal in the prestigious International Spirits Challenge 2018 Tasting Awards. Now in its 23rd year, more than 50 respected industry experts judge entries through a rigorous blind tasting system over ten days. Each vodka – tasted neat – is scored on its aroma, appearance, taste and finish.

A quick crash course in vodka connoisseurship: vodka can be made from barley, wheat, corn and grape, not just potatoes; the texture can vary from watery to oily; and the ‘heat’ i.e. the burn on the back of the tongue helps to determine how smooth a vodka is.

Of the 96 vodkas shortlisted from across the globe, only 27 were awarded the top accolade of a gold medal. Three of which went to British supermarket vodkas. Alongside Co-op’s Imperial Vodka, Lidl’s Rachmaninoff Triple Distilled Vodka (£14.49) and Marks and Spencer’s 7 Times Charcoal Distilled Vodka (£30) also won gold medals. The own-brand offerings were rated higher than many more expensive, high-end brands.

The best way to drink your award-winning vodka? While we’re partial to a vodka martini, or a nice, cold vodka-and-tonic with lots of ice, you could use your award-winning tipple to make a fruity and refreshing summer sorbet, or for a special occasion mix up a Twinkle for your guests: champagne, vodka and elderflower cordial. Delicious!