We don’t just go to Netflix to endlessly rewatch Friends and discover the latest dating reality TV shows, you know – Netflix original dramas have really come into their own in recent years and 2022 looks to be no exception.

There are plenty of huge releases coming to our screens soon, including the adaptation of hugely-popular novels such as All The Light We Cannot See and Emily Blunt’s criminal conspiracy film. Here are a few we’re looking forward to…

Best upcoming Netflix dramas for 2022 and beyond

Pain Hustlers is a criminal-conspiracy movie penned by Wells Tower, who wrote 2009’s critically acclaimed short story Everything Ravaged, Everything Burned. Emily will play Liza Drake, a high school dropout with hopes of creating a better life. Somehow she finds herself involved in a conspiracy after starting a job with a pharmaceutical start-up.

‘Liza’s charm, guts and drive catapult the company and her into the high life, where she soon finds herself at the centre of a criminal conspiracy with deadly consequences,’ the film’s description reads. The movie is thought to be along the same vibe as American Hustle and The Wolf Of Wall Street, in that it’s ‘hilarious, dramatic and wild journey to the corrupt heart of the American dream’.

We don’t know who else will be starring in Pain Hustlers just yet, but production is set to begin in August. 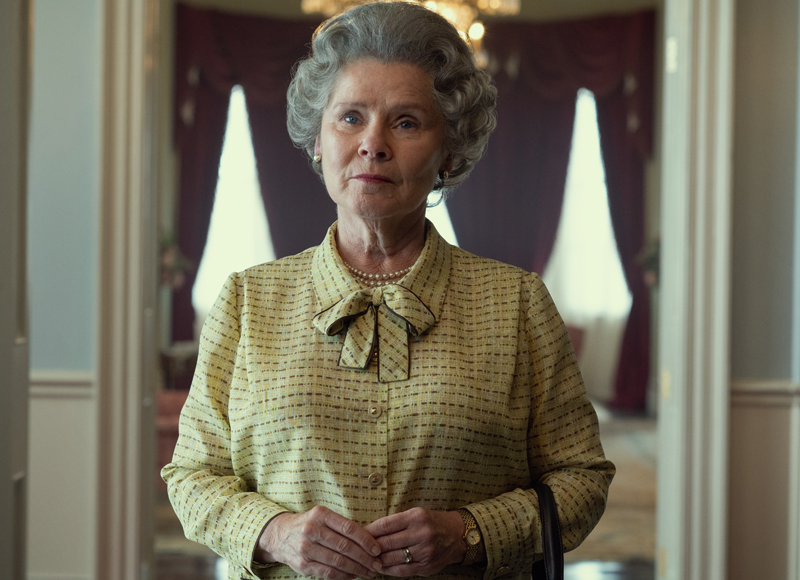 Oliva Colman’s reign as Queen Elizabeth II is over and Imelda Staunton is due to take over the throne for season five of the award-winning royal drama. Last season dealt with the beginnings of Prince Charles’ and Diana’s relationship and then their rocky marriage. With season five covering the early to mid-1990s, we’re expecting to hear more about how it ended and the Queen’s “annus horribilis”.

All The Light We Cannot See

Anthony Doerr’s smash-hit novel All The Light We Cannot See tells the story of two characters – a blind French teenager called Marie-Laure, and a German orphan called Werner. Set in occupied France during WWII, the book follows the characters as they struggle to survive the devastation of the war – before a chance meeting changes everything.

Big names Mark Ruffalo and Hugh Laurie have been cast for the four-part Netflix adaptation, which is also notable for casting a blind actress – Aria Mia Loberti – for the part of Marie-Laure.

I’m delighted to share that I’ll be playing Marie in @netflix’s All The Light We Cannot See. Based on the extraordinary novel, which is very special to me, it follows Marie as she grows up in Nazi-occupied France—an intricate story of hope, forgiveness, power, and resilience. 1/6

As it’s still in the casting stage, we don’t have a launch date for this book adaptation yet, but given the popularity of the novel it’s sure to be a big deal when it does land.

A series written by The End of the F***ing World createor Charlie Covell, which offers a darkly funny, contemporary spin on Greek myths. He has said it will explore topics like gender politics, power and life in the underworld on a scale comparable to Game of Thrones.

‘Tt’s taking on the myths and kind of flipping them on their heads’ Covell told the Radio Times. ‘And so yeah, we start with Orpheus and Eurydice, the gods are like a massive dysfunctional family, it should be funny and dark and sad.’

Written by Abi Morgan, the screenwriter behind BBC series The Split and Suffragette. Eric is a tense thriller which centres around a young boy going missing in 1980s Manhattan.

Have you stopped weeping about the ending of One Day yet?

Published in 2009, the novel by David Nicholls became one of the most popular novels of recent times, selling millions of copies. And this year One Day is going to be adapted as a TV series by Netflix – tissues on standby, people.

Of course, this Netflix version isn’t the first time that One Day has hit our screens. In 2011, a film version was released, starring Anne Hathaway and Jim Sturgess as Emma Morley and Dexter Mayhew.

The plot follows the pair as they catch-up on the same day every year – 15 July – starting from the day after their graduation from Edinburgh University in 1988. Through each of these meetings, we see how their relationships, careers and lives develop, always with a big ‘will they won’t they?’ question hanging round in the background. Oh, and there is a MAJOR twist, which is bound to send you reeling if you haven’t already read the book or seen the film. In fact, we’ll probably be reeling again even though we know what to expect.

One Day is due to start shooting in the UK in 2022 so we don’t yet have a release date, but will be updating you as soon as we know!

If you like superhero dramas, then you’ll enjoy Supacell, which follows two best friends who end up on rival sides of a south London gang war. A twist is revealed when the seemingly ordinary men end up developing super powers, bringing them attention from even more dangerous quarters.

The Fuck It Bucket

We also love the sound of The Fuck It Bucket, an eight-part series that follows a 17-year-old London schoolgirl, released from hospital after a lengthy battle with anorexia. Suddenly confronted with the realisation that her childhood is racing by without her, Mia decides the only way to catch up is to make a bucket list.