We’re a nation of telly addicts, which at certain points during the pandemic has been our absolute saving grace. From hotly-tipped Netflix shows to major BBC series, there’s plenty of great television coming up in 2022, and ITV is no exception, with a range of dramas that we can’t wait to settle down to.

Featuring stars such as Vicky McClure, Suranne Jones, Kathy Burke, Keeley Hawes and Joe Cole, these ITV dramas are sure to be popular in the coming months. Happy viewing!

Best ITV dramas for 2022 and beyond

Nolly is written by BAFTA-winning writer Russell T Davies and stars Helena Bonham Carter, so we’re expecting very big things from this upcoming drama. The three-part series will explore the rise and fall of one of the most famous faces on British television in the 60s and 70s: Noele Gordon.

The drama will follow Noele Gordon’s most tumultuous years on the ‘madcap soap’ Crossroads, and will be a ‘bold exploration of how the establishment turns on women who refuse to play by the rules’.

‘Noele (or Nolly to her friends) was a legend in her own lifetime,’ reads the official synopsis. ‘As flame-haired widow Meg Richardson in the long-running soap opera Crossroads, she was one of the most famous people in Britain. Then in 1981, at the height of the show’s success and the peak of Nolly’s fame, she was axed without ceremony, without warning and with no explanation.’

ITV has revealed that a new drama with Suranne Jones has been commissioned, focusing on the relationship between two sisters who have been driven apart by complex family dynamics.

Maryland will explore the story of the sisters as tragic events lead them to love and respect one another all over again.

‘Maryland delves into family dynamics and the way in which we ‘label’ each other, sometimes never letting ourselves or our siblings break free from those roles’ said Suranne. ‘I love how complex sibling relationships can be and I’m thrilled we get to do it over three wonderful hours and not as a ‘side story’.’

Filming will begin later in 2022, so we don’t expect this one to be out for a while, but it’s definitely going on our ‘to watch’ list for the future. 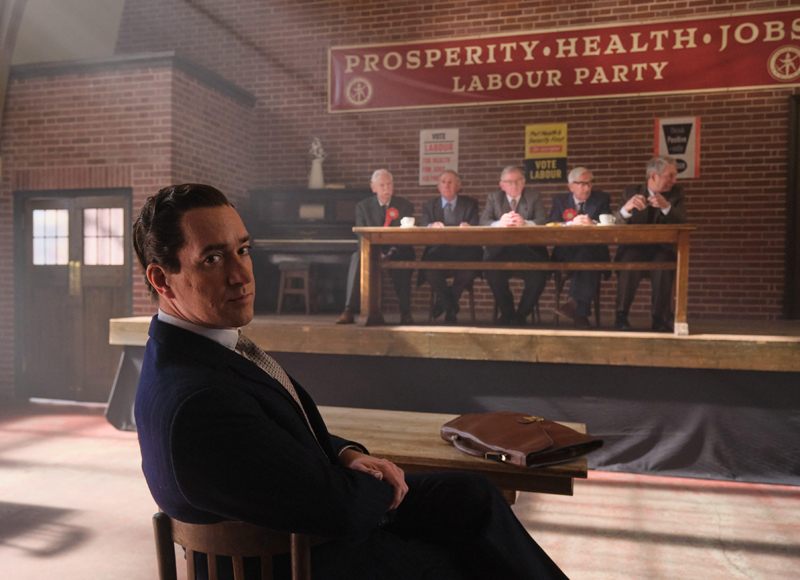 The life of disgraced Labour minister John Stonehouse is to be dramatised for ITV with Matthew Macfadyen in the leading role. It will co-star Keeley Hawes – Matthew’s wife in real life – as Stonehouse’s wife Barbara.

Stonehouse, a high-flying member of Harold Wilson’s Government, vanished from the beach of a large luxury hotel in Florida in November 1974, leaving a neatly folded pile of clothes as he swam into the sea, intent on faking his own death.

The MP left behind his loving wife Barbara and three young children as a shocked public and media presumed he had drowned or been eaten by sharks.

As the drama unfolds, it becomes apparent his reputation as a devoted family man masked the truth, as he’d embarked on an extra marital affair with his secretary, Sheila Buckley, and acted as a spy for the Czech Secret Service in the 1960s.

Macfadyen has commented: ‘What happened to John Stonehouse is the stuff of legend.  I’ve always been intrigued by what motivated him to fake his own death, and leave behind the family he loved and doted upon and a promising political career. John Preston’s script truly captures the man and his colourful life and I’m looking forward to taking on his character.’

This new four-part detective drama comes from Line Of Duty actor and screenwriter Maya Sondhi, as well as being executive produced by Line of Duty writer Jed Mercurio.

Set in Birmingham, DI Ray follows Rachita Ray, a police officer born in Leicester who finally gets the promotion she’s been dreaming of. She’s asked to join a homicide investigation, ‘On her first day, though, she’s told the murder to which she’s been assigned is a “Culturally Specific Homicide,”’ according to the official synopsis. The revelation makes Rachita worried that she’s nothing more than a ‘token appointment’.

‘What she doesn’t count on is what this case stirs up inside her; the realisation that she’s been burying a personal identity crisis her whole life,’ it continues.

Rachita is played by Bend It Like Beckham and ER star Parminder Nagra, and directed by Bridgerton’s Alex Pillai. 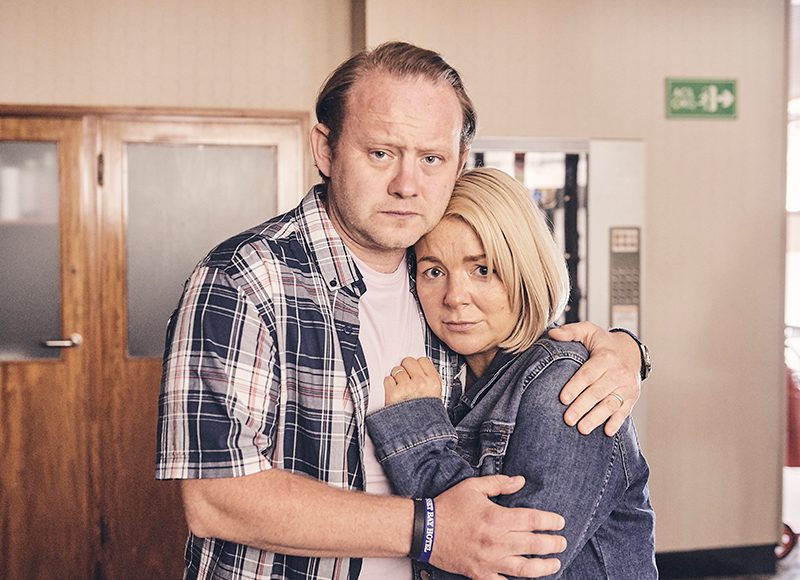 In this nail-biting drama Sheridan Smith plays Kathy, who goes on holiday with extended family, plus her husband and kids: Noah and Jessica. Their holiday is a chance to unwind and for Kathy and Martin to spend some much-needed time together – until unsuspecting Noah accepts a seemingly innocent invitation to a beach party.

Suddenly Kathy and Martin’s world spectacularly falls apart when they are left desperately fighting for their son’s freedom against extremely challenging circumstances. With themes of parental love, guilt, grievances, and the issues around consent for teenagers, this contemporary and emotional story depicts an unassuming family who are caught up in a living nightmare while on holiday in Turkey.

Vicky McClure and Adrian Lester star in new ITV drama Trigger Point, which turns the spotlight on counter terrorism policing and the extraordinary work of the Metropolitan Police Bomb Disposal Squad. This high-octane six-part thriller series focuses on the officers who risk their lives every day.

Vicky McClure plays front line officer Lana Washington, who is an experienced bomb disposal operative, known as an ‘Expo’ and Adrian Lester plays her colleague Joel Nutkins. Both ex-military, the pair are close, having served together in Afghanistan. When a terrorist campaign threatens the capital over the summer, the Expos are at the forefront of urgent efforts to find out who is behind the bombings before fatalities escalate…

Set in the 1960s amid the highly charged atmosphere of the Cold War, this major new adaptation of Len Deighton’s bestseller features a stellar cast, rich characterisation and a rollercoaster of twists and turns

Harry Palmer – played by Peaky Blinders’ Joe Cole – is a British army sergeant on the make in Berlin. Wholesaler, retailer, fixer, smuggler, Harry’s varied interests bring him into contact with everything and everyone – until the law catches up and it all comes crashing to a halt. To avoid prison, Harry Palmer becomes a spy, and the case he cuts his teeth on is The Ipcress File.

Yet another book-to-screen adaptation that’s landed this year is Holding, based on Graham Norton’s bestselling novel by the same name. The story is ‘of love, secrets and loss’ and has been described as a ‘darkly comic tale which shrewdly observes the lives of its characters, each with frailties, complexities and pasts they’d rather keep hidden’.

Set in rural Ireland, the series will follow a local half-hearted police officer. When the body of long-lost local legend Tommy Burke is discovered, police officer PJ is called on to solve the first serious crime of his whole career. In doing so, ‘the village’s dark past begins to unravel. As the frustrated PJ struggles to solve a genuine case for the first time in his life, he unearths a community’s worth of anger and resentments, secrets and regret.’

If you’re not already hooked, Holding is directed by Kathy Burke and stars Derry Girls actor Siobhán McSweeney, so we expect it to be a big hit.

Our House is a four-part thriller based on a captivating best-selling novel from Louise Candlish. 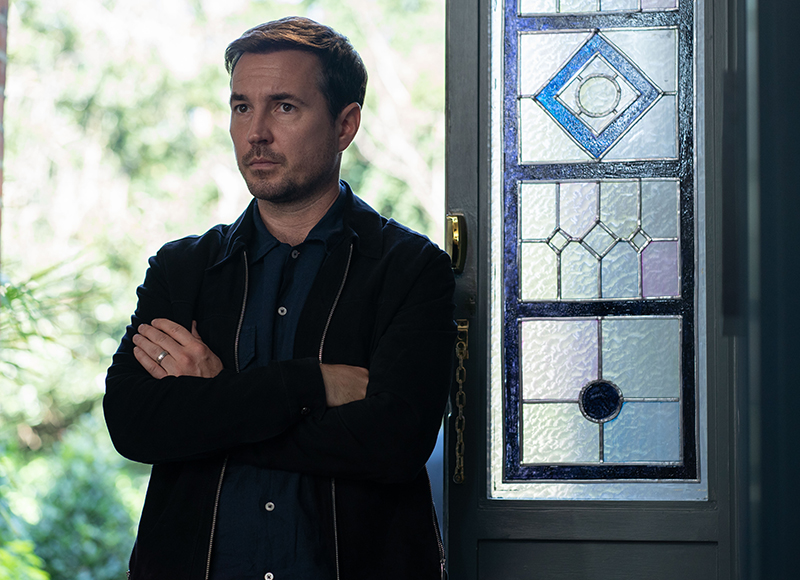 Fiona Lawson (played by Tuppence Middleton) arrives home one day to find strangers moving into her house. With all her family’s possessions and furniture nowhere to be seen, Fi believes there’s been a huge mistake and insists her home isn’t for sale. With events spiralling beyond her control, her panic rises as she can’t reach her estranged husband, Bram (played by Martin Compston). 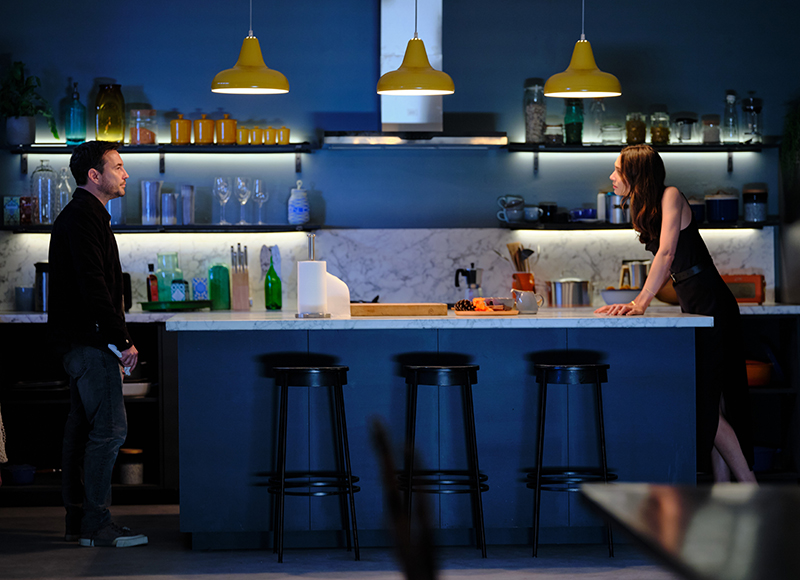 As she reflects upon the safe space in which she and her family had made a life together, Fi begins to peel back the layers of her relationship and discovers her husband has disappeared. With her life shattered, she realises the secrets and lies have only just begun.

The third series of The Bay sees the arrival of new cop DS Townsend, who is immediately thrown in the deep end when a body is found in the Bay on her first day in the job.

She must get under the skin of a grieving and complicated family if she has any chance of solving the murder, whilst at the same time proving herself to new colleagues in the MIU.

The pressure is multiplied when her new blended family struggle to settle in Morecambe, proving to Jenn that a fresh start might not be quite as simple as moving to a different town.