Long, cold evenings and drizzly days call for mood-boosting novels to fend off winter blues. While a good weepy story and heavy tomes have their time and place, sometimes you just want funny, feel good books to see you through darker days.

Certainly the pandemic has seen many of us veering away from novels that are too sombre or depressing – there’s no shame in choosing uplifting books to boost your mood instead.

Whether you prefer novels or non-fiction, these feel good books will hopefully make you laugh and put a spring in your step until actual spring arrives. 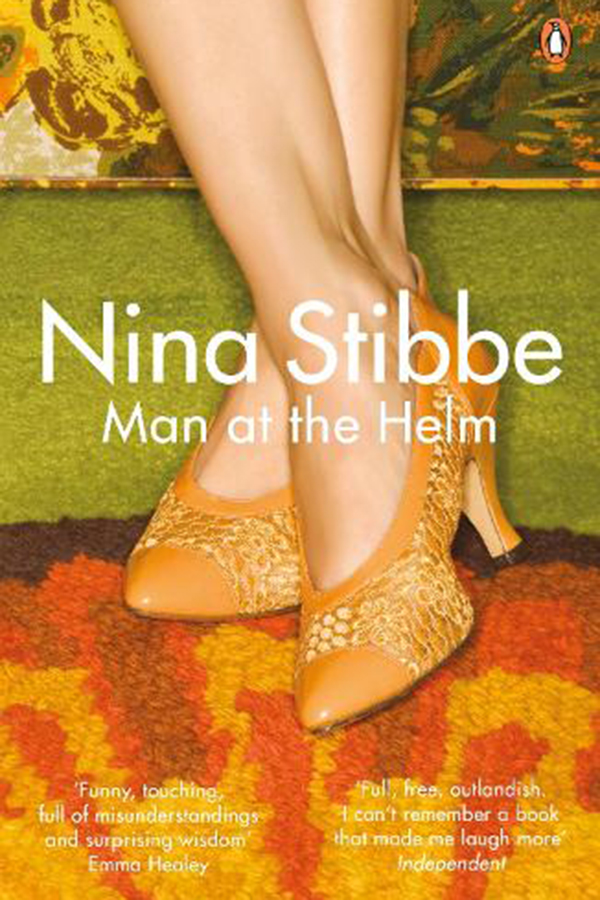 Man at the Helm – Nina Stibbe

If you haven’t read Nina Stibbe’s work yet, you’re in for a treat – it’s an absolute hoot, especially this semi-autobiographical novel, which follows two young girls’ attempts to find a man (a ‘man at the helm’) for their dysfunctional mother, a feckless 31-year-old with three kids who is wildly unsuited to village life. Even when tackling difficult subjects this book is funny, and the daughters’ ploy of sending letters impersonating their mother to potential spouses will make you laugh out loud. 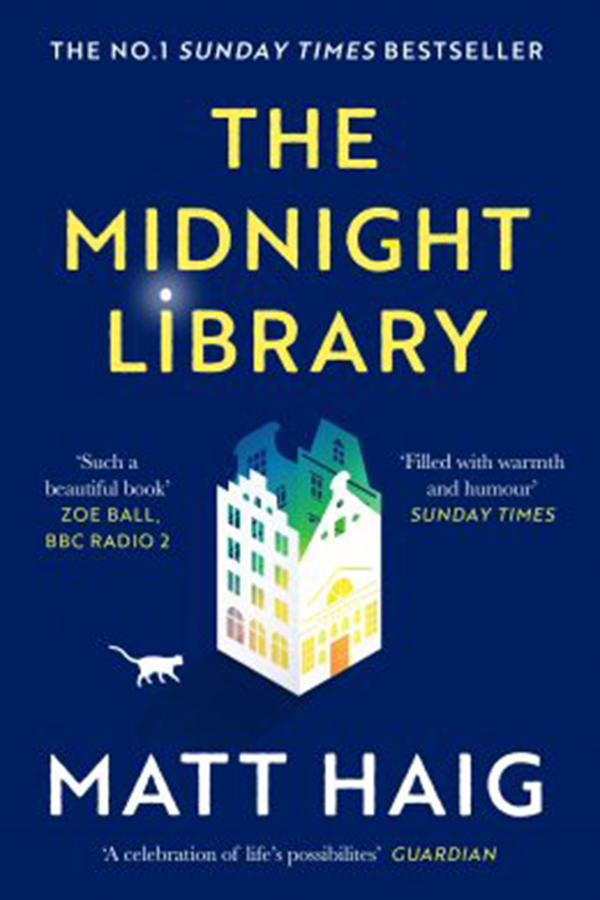 If ever there was a book to teach you the pointlessness of regretting what might have been, it’s The Midnight Library. Thirty-something Nora Seed feels like she’s spent her whole life making the wrong decisions, and consequently has nothing to live for. When she finds herself in The Midnight Library, she is given the opportunity to explore the different paths her life could’ve taken – but things aren’t always as she’d imagined them to be. Extraordinary as the premise may sound, this novel is in fact a celebration of the ordinary – and all the more uplifting for it. 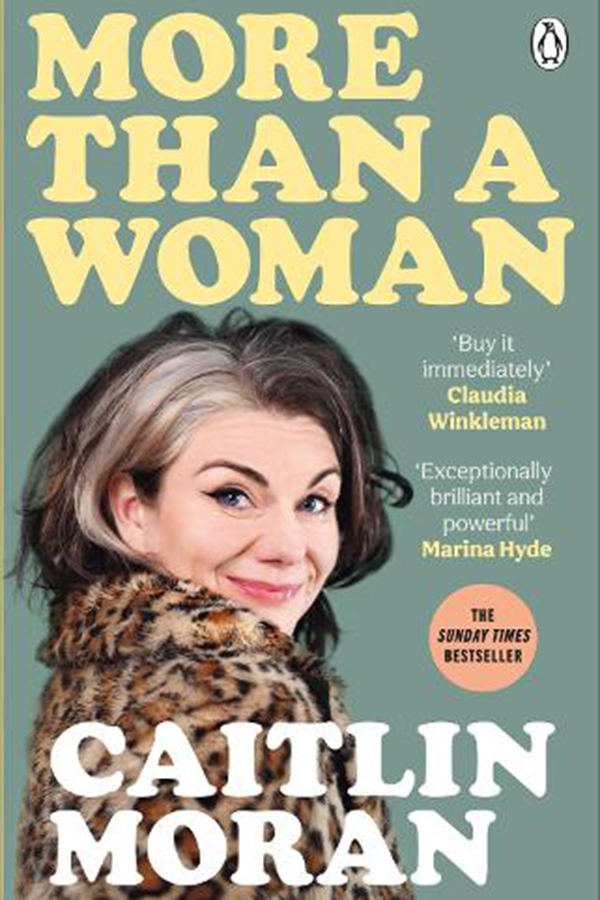 More Than a Woman – Caitlin Moran

The follow-up to Moran’s wildly successful 2011 book How to Be a Woman looks at womanhood from the vantage of middle age, and in doing so creates a manifesto that women of all ages will find insightful and funny. Moran is known for being a hilarious writer, and skillfully weaves wit through the thornier issues, such as parenting teens’ with mental health issues, right through to downright funny stuff such as middle-aged sex and hellish hangovers. 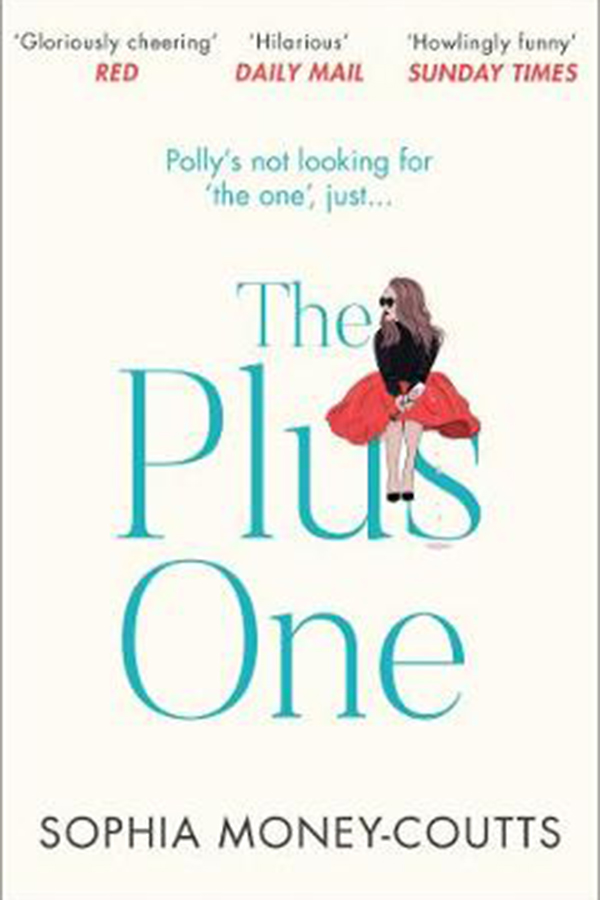 The Plus One – Sophia Money-Coutts

There’s plenty of boring snobbishness surrounding rom-com fiction, but there’s a reason it’s called ‘commercial fiction’ – because it sells by the stackload to people who thoroughly enjoy it. This is a smart, slick example of the genre written by a former Tatler journalist, who fittingly creates a heroine, 32-year-old Polly, who writes for a society magazine called Posh!. After visiting a Norfolk castle to a work assignment, Polly ends up dating Jasper, the Marquess. However it’s the wedding planning of her best friend Lex and ridiculous demands of her editor Peregrine that bring most of the laughs in this easy-to-read, entertaining novel. 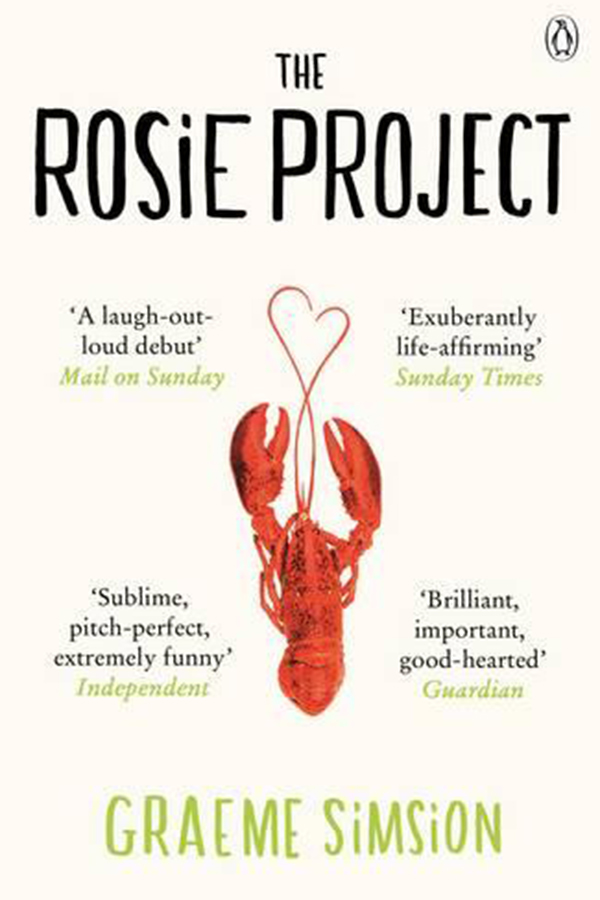 Fans of Eleanor Oliphant is Completely Fine will love The Rosie Project, which follows 39-year-old geneticist Don Tillman in his quest to find love (despite never having managed a second date). Don devises the Wife Project, a scientific test to find the perfect partner. Enter Rosie – ‘the world’s most incompatible woman’ – throwing Don’s safe, ordered life into chaos. It’s a heartwarming, feel-good story – and you’ll be desperate to read the sequel as soon as you’re finished. 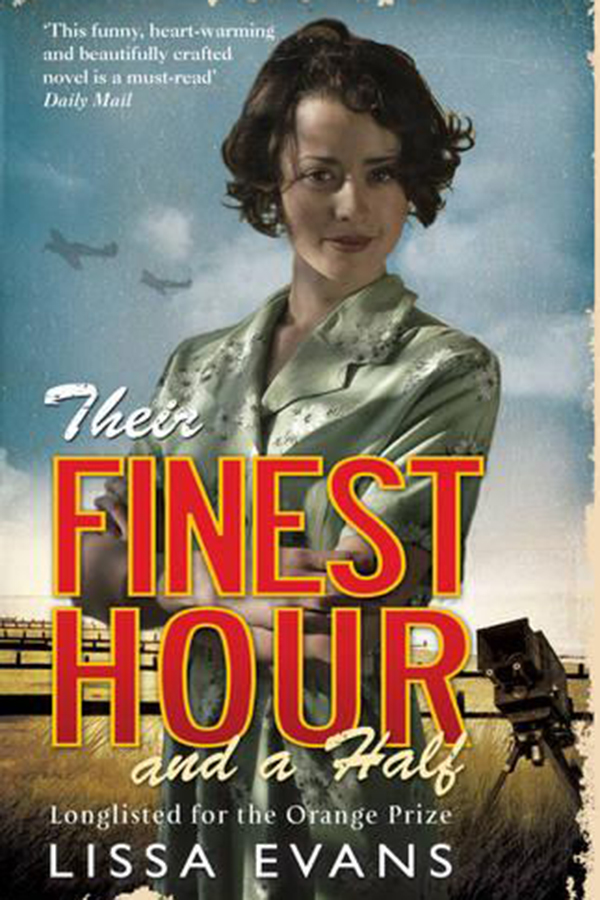 Their Finest Hour and a Half – Lissa Evans

Lissa Evans is a stunningly good writer and masterful at finding the comedy in wartime life on the home front. As a result Their Finest Hour and a Half, set in 1940, is a must-read. The book sees a hilariously disparate group of characters thrown together to make a wartime propaganda film, and the results are both touching and extremely funny. 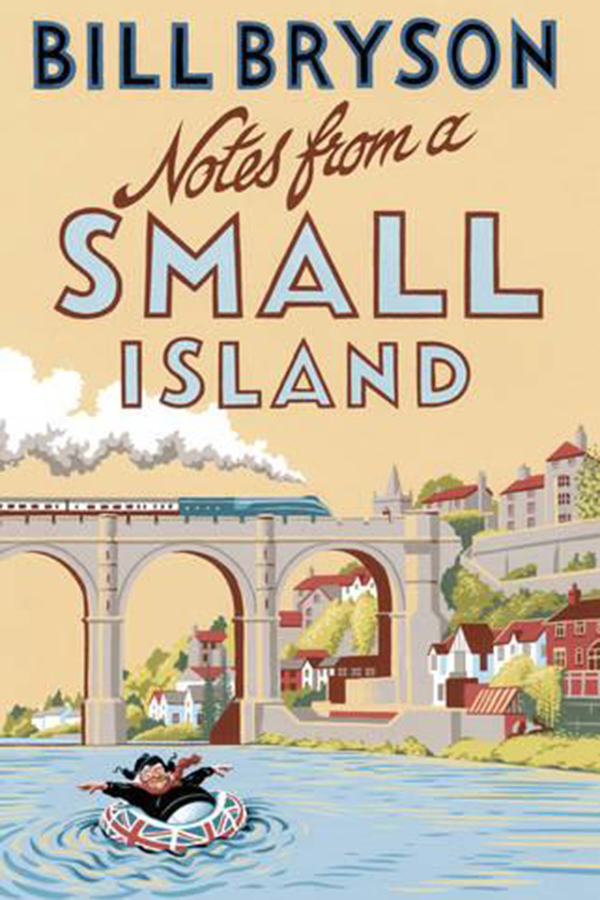 If you’ve been left despairing about the state of the UK in recent years, then maybe this is the book you need to warm your cockles once more. In 1995, before leaving his much-loved home in North Yorkshire to move back to the States for a few years with his family, Bill Bryson insisted on taking one last trip around Britain, aiming to analyse what precisely it was he loved so much about the UK. The result is as astute and funny as you would expect from this much-loved master of travel writing. 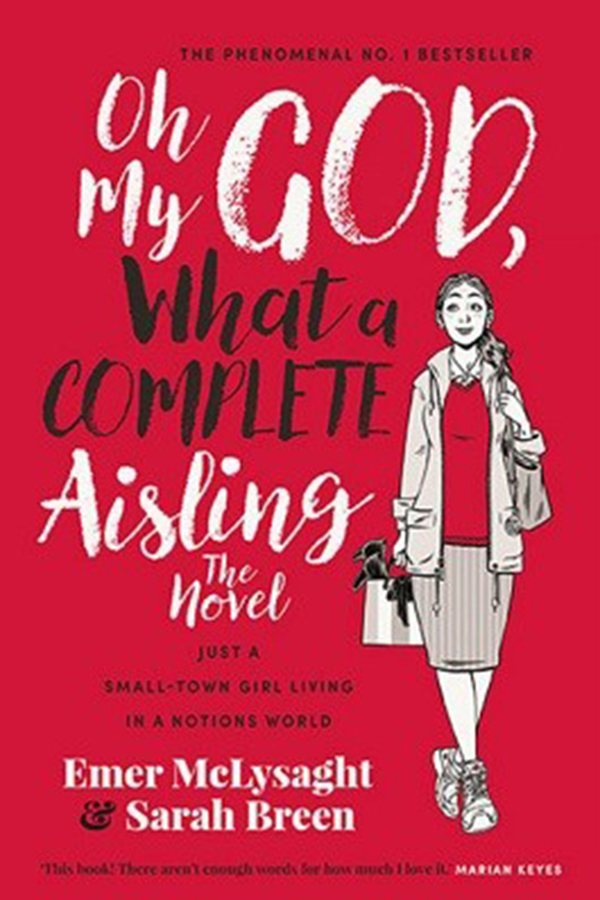 Oh my God, what a complete Aisling – Emer McLysaght and Sarah Breen

Any dedicated Aisling fan will know that our list of feel good books would simply not be complete without her. If you haven’t got on board with the funniest character in Irish fiction yet, then we urge you to give this a whirl. Aisling is a small town girl who moves to the big city – Dublin – after her relationship dreams don’t quite go to plan. She’s an absolute gem of a character, and her perspective on life is laugh-out-loud funny throughout the novel. 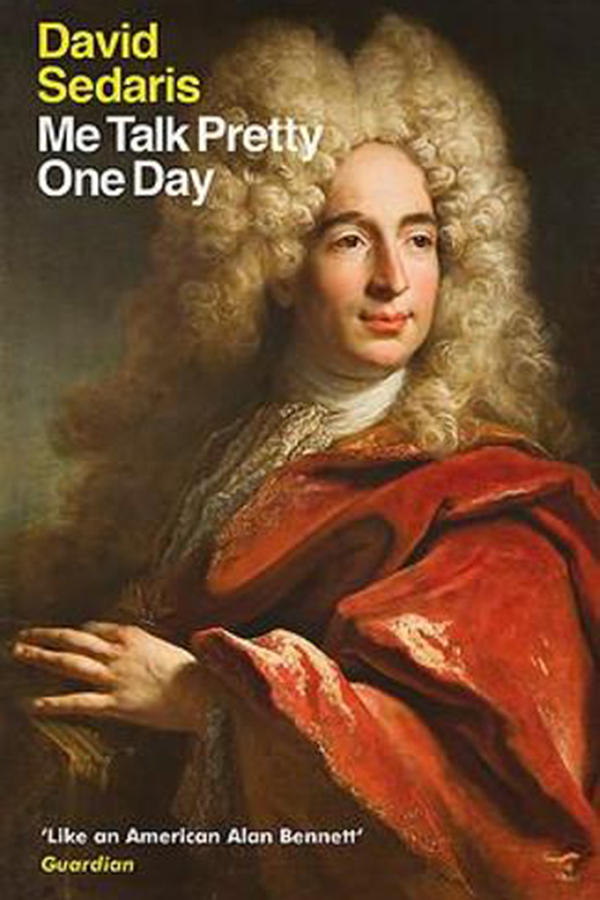 Comic writer David Sedaris has been described as ‘the premier observer of our world and its weirdnesses’, and nowhere is that more true than in this bestselling collection of essays. A move to Paris from New York inspired these hilarious pieces, including ‘Me Talk Pretty One Day’, about his attempts to learn French from a sadistic teacher who declares that ‘every day spent with you is like having a caesarean section’. 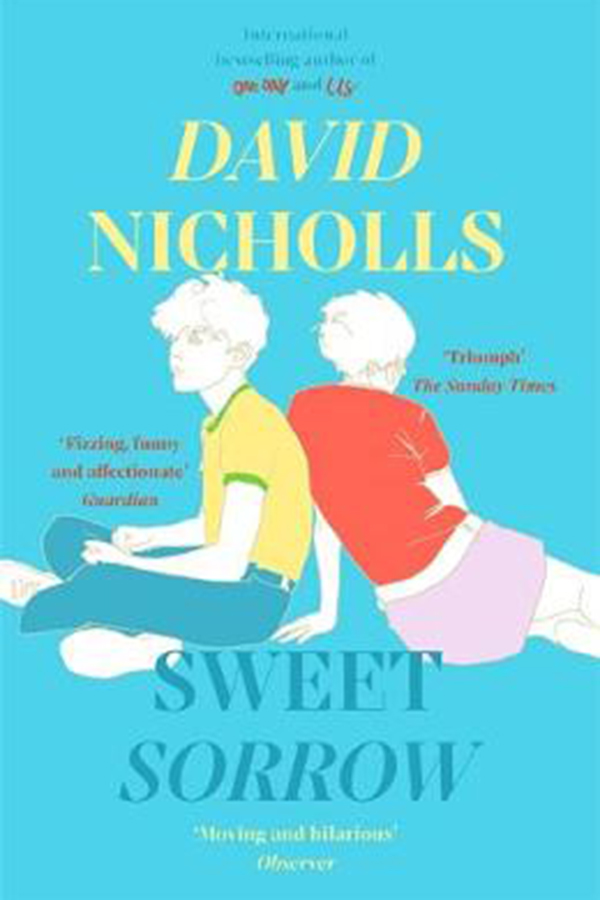 Best known for the mega-selling novel One Day, which spawned a film and now a Netflix series in-the-making, David Nicholls was again on top form with Sweet Sorrow, released in 2019. It’s a gorgeous tribute to young love, always staying on the right side of schmaltz, and manages to be nostalgic but not overly-sentimental. Oh, and it’s got plenty of humour too, as all good novels about teenage boys simply must. 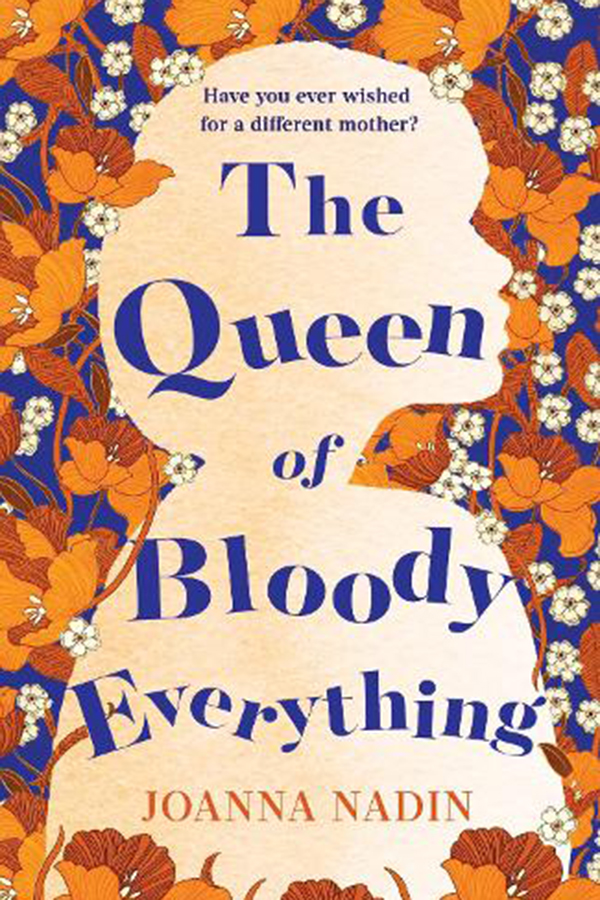 The Queen of Bloody Everything – Joanna Nadin

Dido Jones wants to be normal more than anything else in the world. And when, aged six,  she moves from a London squat to Essex, she immediately falls in love with the Trevelyan family next door, because they represent the normality she craves. Part love story and part a tale of mothers and daughters, this story is heartwarming and funny, with plenty of great one-liners.