For dog lovers and sun-bound boomers 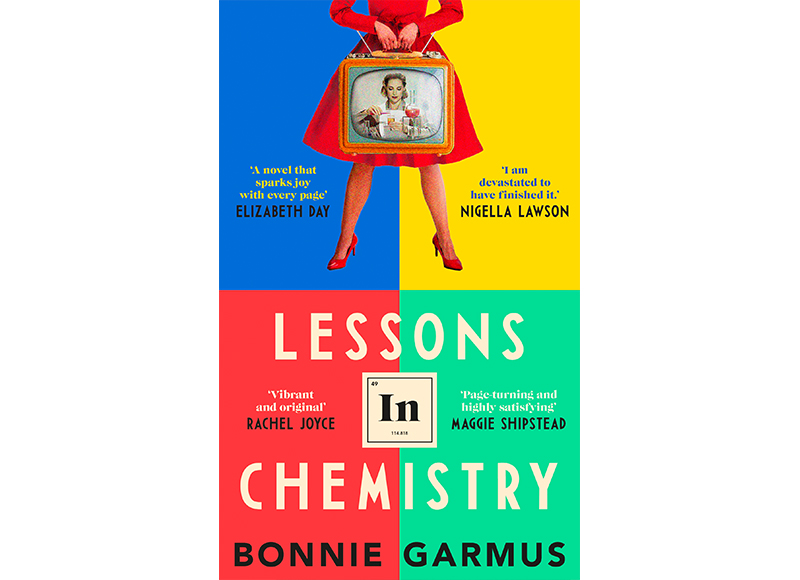 We loved this book so much we put its author on the cover of YOU. The 65-year-old first-time novelist told Lynn Barber she began the book from a position of ‘feminist rage’, fed up with male colleagues stealing her ideas when she was a copywriter. Set in America in 1961, the protagonist Elizabeth Zott is a chemist and rule-breaker, a refreshing mix of uncompromising zeal and feminist wit. She’s also a single mother who has an anthropomorphic dog called Six Thirty, whose emotional IQ outshines most of the humans. As one friend commented: ‘The briskness is great.’ It’s both funny and sad and ultimately makes you feel good about being a woman. The ending is slightly cheesy, probably with American TV audiences in mind, as it’s been sold to Apple TV to air next spring. Still, I can’t wait to see what they do with the dog.

For cathartic tears and belly laughs 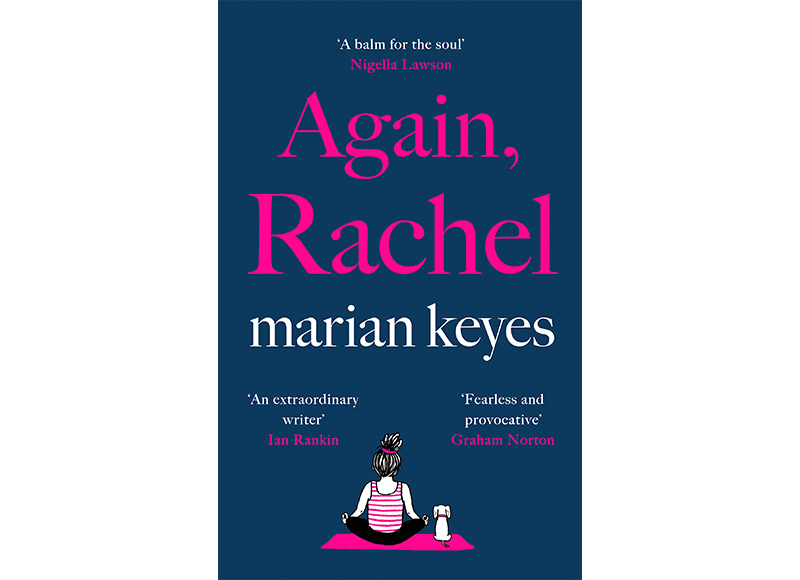 The sequel to Rachel’s Holiday – arguably the book that elevated Marian Keyes from popular author to cultural phenomenon – picks up its much-loved titular character Rachel Walsh’s story 20 years on. In the 90s she was a cocaine-addicted hot mess who ended up in rehab having lost her boyfriend, friends and almost her life. Now she is clean, serene and working at the treatment centre that saved her. So why is she reluctant to fully commit to the boyfriend who idolises her? And what happened to make her husband – the supposed love of her life – just up and leave six years ago, cutting off all contact? When her ex reappears she’s forced to confront the version of events she has told herself.

There are big themes – grief, failure, depression, forgiveness – but the lovable, raucous Walsh family plus Keyes’s trademark warmth and wit make this anything but heavy going. No other author marries heartbreak and hilarity so seamlessly.

For nostalgia-seekers and escapees from reality 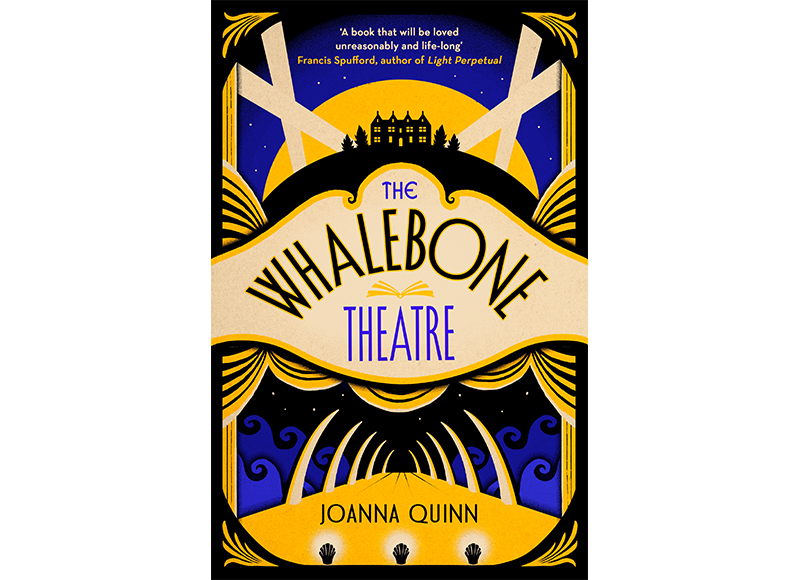 My ideal novel would be one you can really sink into, featuring a crumbling country house, a sprawling cast of characters and the coming-of-age of a plucky heroine. Joanna Quinn’s assured debut delivers this by the bucketload – and has drawn comparisons with Elizabeth Jane Howard’s The Cazalet Chronicles.

It follows the fortunes of the fiercely spirited Seagrave siblings – Cristabel, Flossie and Digby – through nostalgic childhood interwar summers to rollicking wartime espionage escapades. Quinn creates a world so rich with observation, detail, humanity and heart that you are incapable of doing anything but drinking it in with greedy delight.

For curious minds and non-fiction fiends 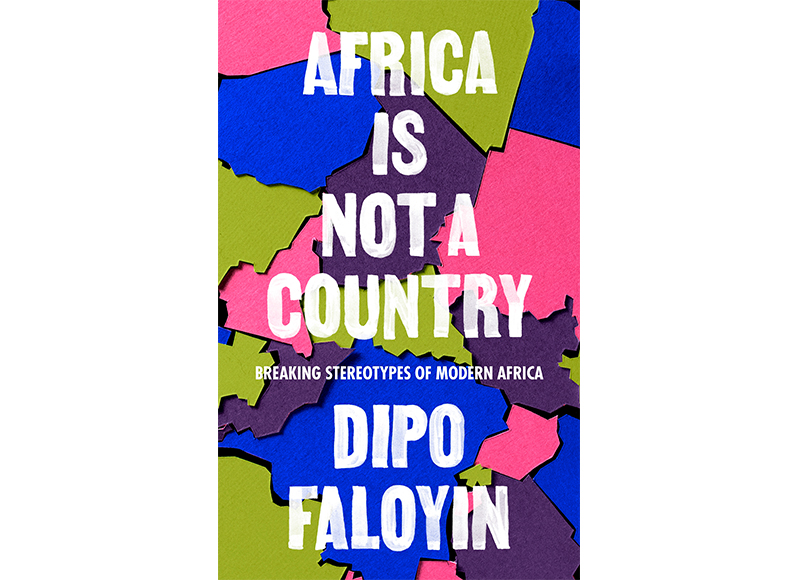 Africa is Not a Country by Dipo Faloyin (Vintage). Recommended by: Miranda Thompson, features editor

Despite a degree in history, my knowledge of Africa is embarrassingly bare. Thank god, then, for this book by Vice journalist Dipo Faloyin, which dispels all sorts of lazy stereotypes about this vast continent. But there’s no hectoring here: it’s a truly revelatory read.

Faloyin writes with humour, first drawing you a vibrant picture of his Lagos upbringing then taking you on a tour of other African nations that’s a world away from the reductive idea of a poverty-stricken, arid landscape.

It’s well-researched and includes the stories that have dominated recent discourse: from the restitution of African artefacts from European museums to the damaging depictions of the continent in film, as well as lightly delving into the West African rivalry over who makes the best jollof rice.

Edifying, occasionally horrifying, it’s a book that will stay with you long after you’ve finished – and one that opens a new chapter on the way you’ll think about Africa.

For would-be detectives and fans of Eleanor Oliphant 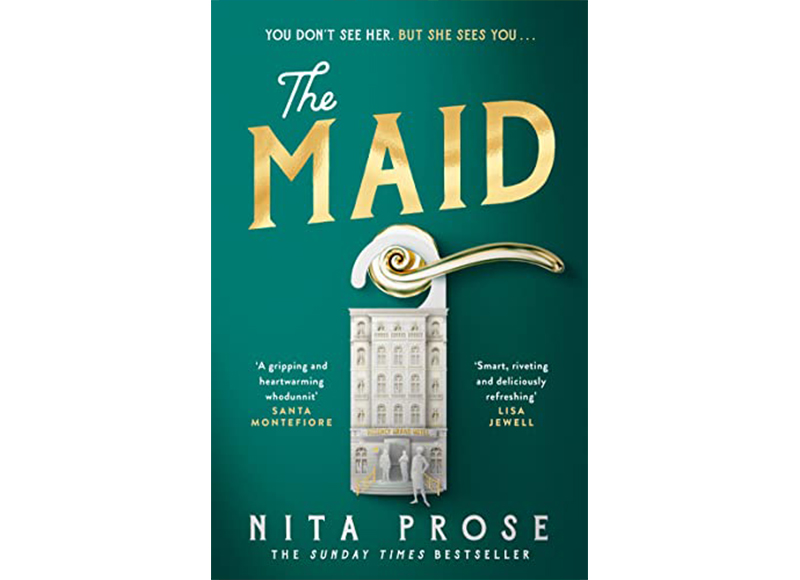 When a VIP guest is found dead in their room at the Regency Grand Hotel, all eyes turn to Molly the maid. It should be easy for her to explain her innocence but Molly’s neurodivergence makes this far from simple. As she becomes embroiled in a murder investigation with no clear way out, you’ll find yourself rooting for the world to finally be on her side. Prose’s debut is reminiscent of Gail Honeyman’s Eleanor Oliphant is Completely Fine, and her protagonist is a lonely but lovable heroine who provides comedy and pangs of sympathy in equal measure.

For music lovers and reformed ravers 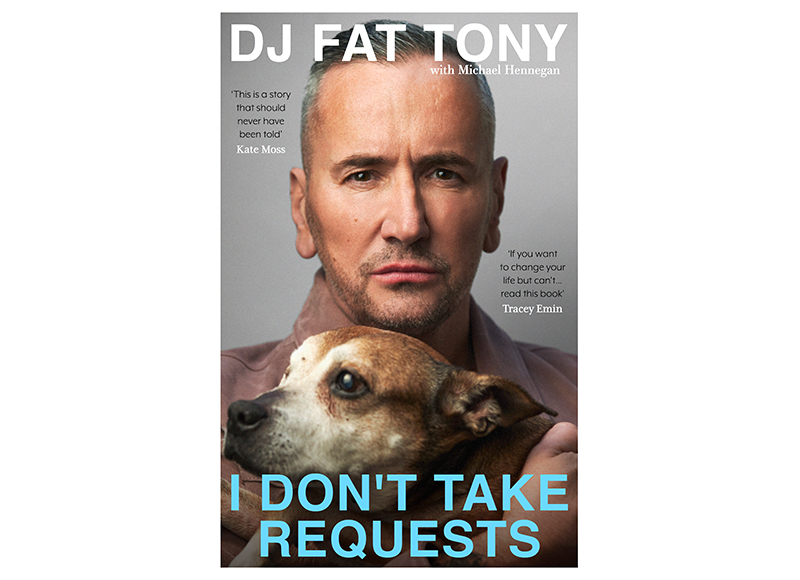 You don’t have to have lived through the club years of the 80s and 90s to love this – though it might help (if you can remember them, that is). This is a rollicking page-turner that can have you howling with laughter then within a sentence reduce you to tears.

Almost too painfully honest, it recounts the life of Tony Marnoch, a victim of child abuse who grew up on a council estate and became a loud and foulmouthed DJ and party animal. It covers his slide into drug and alcohol addiction, his HIV diagnosis and coming back from the brink of death, through the prism of the music scene, with plenty of celeb gossip thrown in.

Now 15 years clean and an advocate for sobriety, Marnoch has penned a tale of redemption and second chances. It’s uplifting proof that it’s never too late to change, plus a heartwarming testament to the power and importance of friendship.

Recent arrivals that deserve your attention 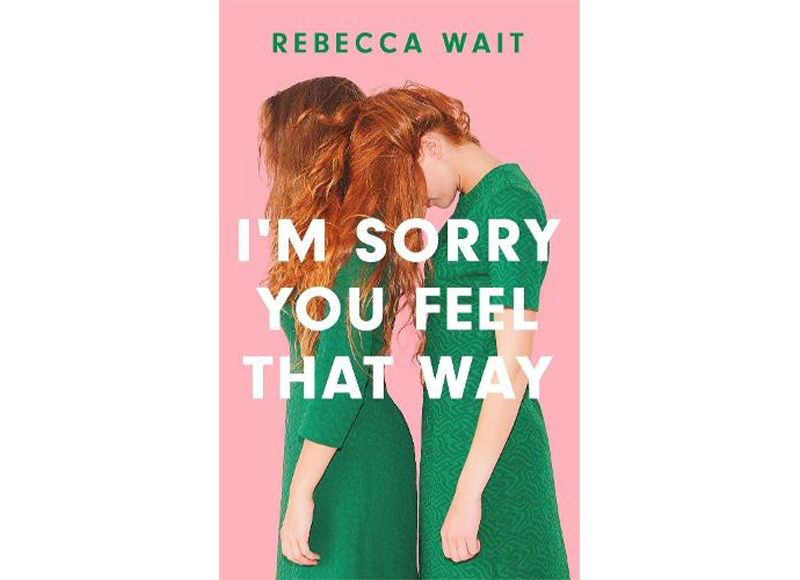 Shades of Fleabag in this smart, funny drama about the complexities of sibling relationships and how the past defines the present. 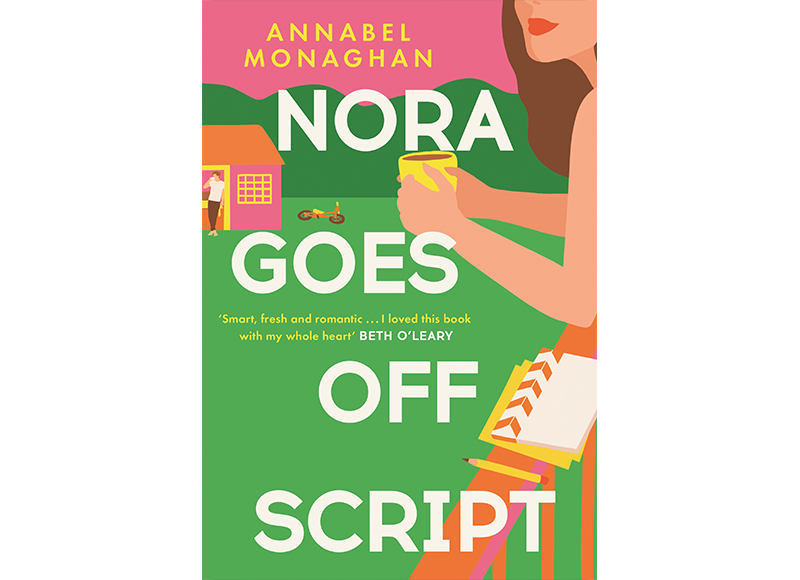 A writer’s screenplay about the collapse of her marriage is turned into a film – and she falls for the leading man. Wryly observed escapism – romantic but never mawkish. 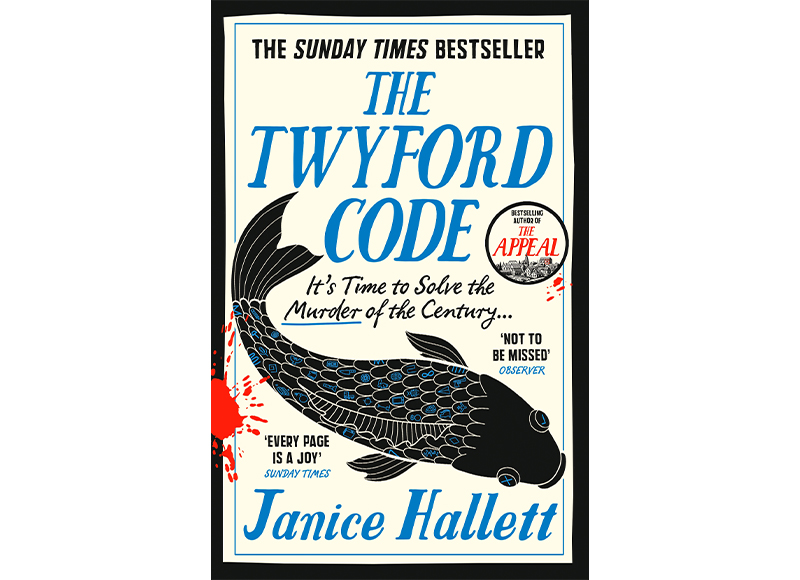 An ingenious mystery about a coded children’s book and a teacher who vanished – told via amusingly transcribed audio clips. 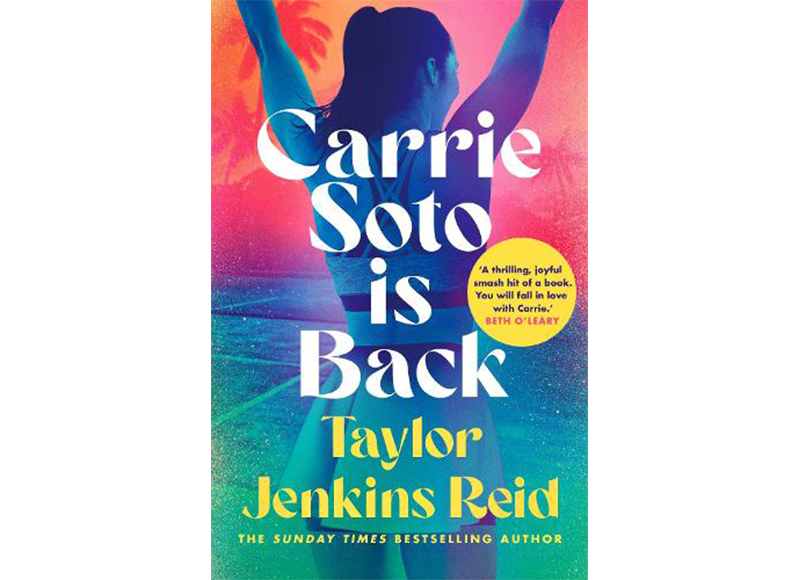 Carrie Soto is Back by Taylor Jenkins Reid (Cornerstone, to be published 30 August)

The captivating tale of a former tennis star goaded out of retirement in a final bid for grand-slam glory. Edge-of-your-sunlounger stuff. 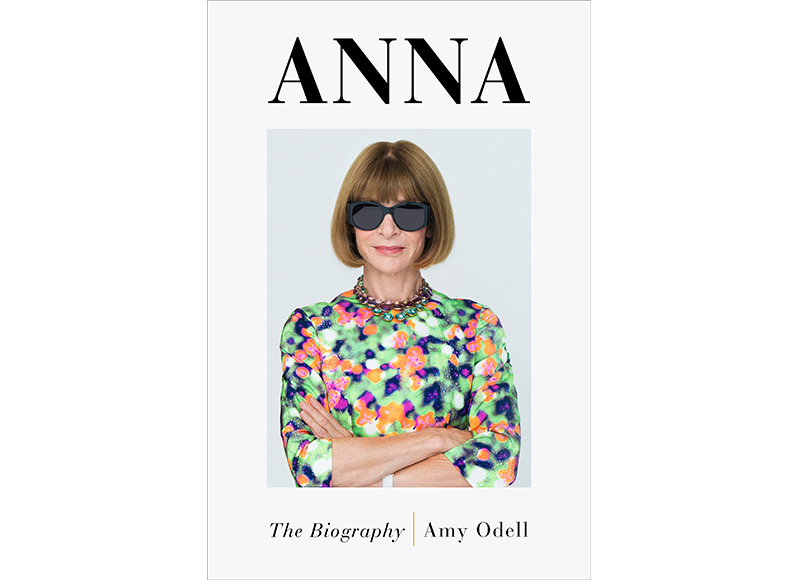 Odell pulls no punches in this critical but even-handed biography of the renowned Vogue editor. With plenty of insider access, she goes some way to uncovering the woman behind the legend.