Struggle to style like a pro? I know the feeling – but help is finally here!

As hair news goes, this is seismic stuff: a three-in-one styler that is cordless and lightweight (and made in Northern Ireland). Meet Supernova: the straightener, wand and curling tong that is the brainchild of Yolanda Cooper, founder and CEO of We Are Paradoxx. Some of you may remember that a few months ago I wrote about loving its natural haircare products, but Yolanda’s initial idea was to revolutionise electrical hair tools.

The idea came to her on 27 December 2016 at Dublin airport, as she unpacked her suitcase because it was overweight ‘from bringing a straightener, tongs and a wand on holiday with me. I thought, “Why isn’t there a hair tool that does it all?” I didn’t think I’d invented a new idea – I thought it must already exist.’ It didn’t. So Yolanda did it herself.

The result is brilliant. Thanks to its smart switch, the tool can open to be flat irons or close to curl. If you’re starting out, this is a great first styler. Yolanda doesn’t expect you to ditch your existing tools (apparently, most of us have three) but to use the Supernova as an on-the-go option. It takes three hours to fully charge and lasts 20 minutes. 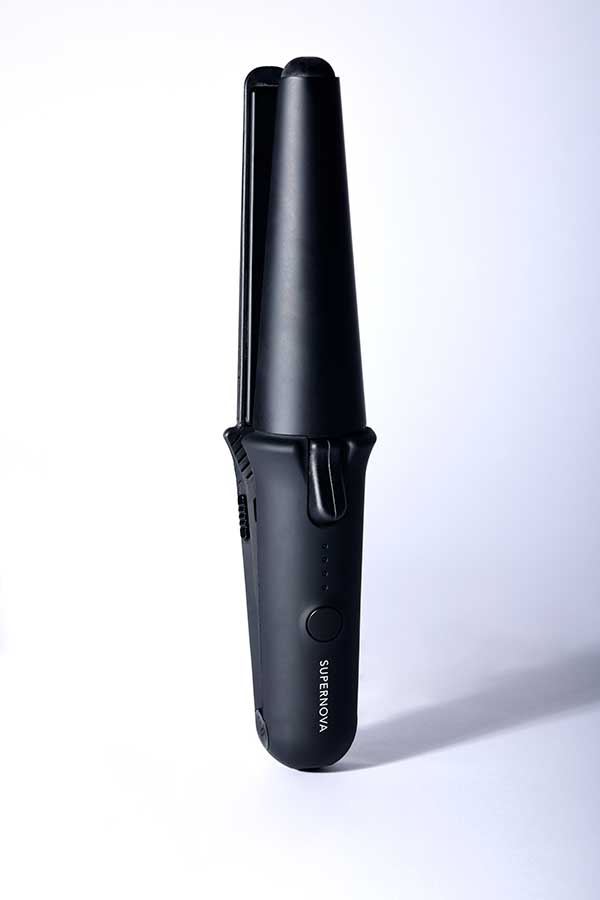 It can’t be used while plugged in. And if you have a thick head of hair, it may not be powerful enough for you. But I’ve tried it and been won over.

The Supernova costs £195 and is available at weareparadoxx.com.

At the other end of the tool manufacturing process, Cloud Nine is also revolutionising things. It now offers a free recycling service for straighteners of any brand and hopes to save 1.5 million from landfill. Visit cloudninehair.com/recycle to download a free prepaid postage label, parcel up your tools and drop them at the Post Office. Cloud Nine will do the rest!