The BBC has dished up some gorgeously gripping TV shows since the beginning of the year. Not only were we delighted to see the return of Peaky Blinders and Killing Eve for their final seasons recently, but we’ve also enjoyed new dramas such as This Is Going To Hurt and Chloe starring YOU cover star Erin Doherty.

Well, you’re in for even more of a treat. The BBC has just announced four of its biggest dramas are coming back for a second series – and we could not be more pleased.

Charlotte Moore, the BBC’s chief content officer, said: ‘The BBC is on fire creatively and the return of four of our biggest dramas over the last year demonstrates the sheer scale and range of storytelling on the BBC.’

So which shows are scheduled to return?… 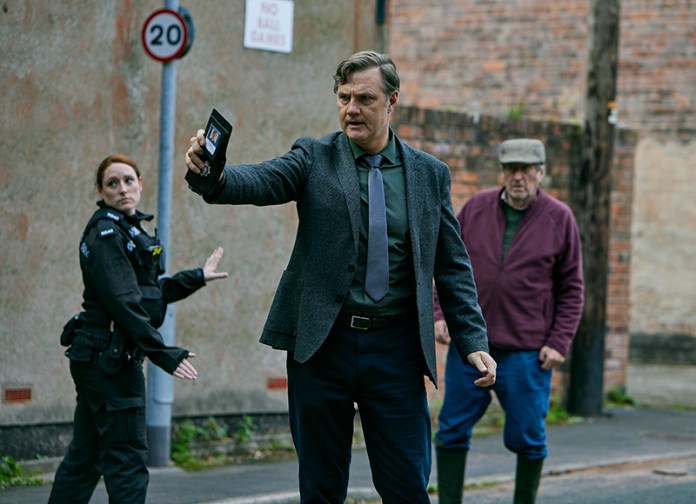 Sherwood launched to over six million viewers on the BBC and has been hailed by critics as one of TV’s greatest dramas of recent years. The drama follows a tense investigation into two shocking killings that shatter an already fractured community.

It is award-winning playwright and dramatist James Graham’s most personal work, having been inspired, in part, by real events that occurred in the Nottinghamshire mining village in which he grew up.

The drama has been recommissioned by the BBC for a second series for which Graham will once again look to take inspiration from the pit villages and surrounding towns of his home county. The new series will continue to examine the lives and legacy of those governed by Britain’s industrial past, with stories from communities of the ‘red wall’ towns, the controversial deployment of so-called ‘spycops’ and how seismic ripples from the past can come back to haunt the present.

James Graham says: ‘I’ve been so deeply moved by the response to Sherwood. These stories come from my home, and I want to specifically express gratitude to my community for whom I know these subjects can be difficult, but – I hope – important ones to explore.’

That’s right, the mega drama everyone was talking about is going to be back. Jamie Dornan stars as a truck driver who wakes up with no memory, but finds himself in a sticky situation in the Australian outback. The first series was such a hit, that’s it’s been crowned the highest-rated drama of 2022 so far. A whopping 12 million viewers tuned in for the first episode alone.

Police drama The Responder is also set to return. The show, written by former police officer Tony Schumacher and starring Martin Freeman, is the second biggest new drama of 2022 so far. It reached nearly 10 million views across 30 days.

When Vigil aired last year, it was the UK’s most-watched new drama in three years, since Bodyguard in 2018. So it’s no surprise it’s been renewed for a second series. In case you somehow managed to miss it, the programme stars Line of Duty‘s Martin Compston and Suranne Jones, who is also set to star in an ITV drama called Maryland. Vigil accumulated an audience of over 13 million viewers across 30 days for the first episode.

Prison-based drama Time, starring Sean Bean and Stephen Graham, will be set in an all-female prison for its second season. The first series followed a man who was arrested for drink-driving and a prison officer with an incredibly tough choice to make, and had nearly 12 million viewers over 30 days.

If you want to revisit these dramas before the second series arrives, they are available to watch on BBC iPlayer.