Barbie-core? Is that a new LA exercise class?

No, it’s Barbie, as in the doll. She’s having a simultaneous fashion and Hollywood moment.

Barbie? I thought we’d moved beyond her. Didn’t someone prove that her waist-to-breast ratio was physically impossible?

True. But Barbie-core is more of a mood. A celebration, you could say, of 1980s nostalgia at its most lurid. First, you’ve got Valentino’s autumn-winter couture collection, which has been sending social media crazy. Basically, it was all very pink. Google Anne Hathaway at the Valentino show earlier this month. 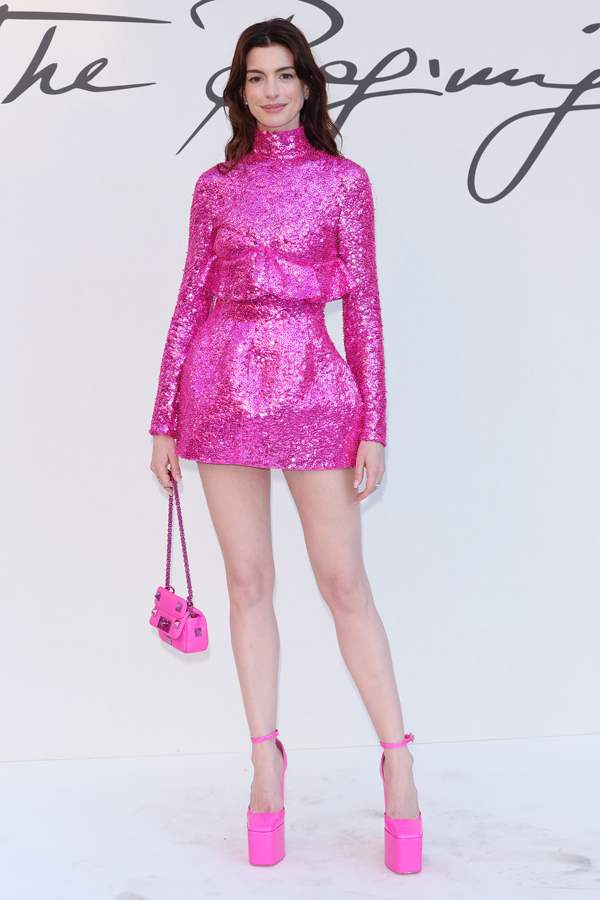 Searching now. Ah yes. I see what you mean.

We’re talking sequins, a bubble-shaped fuchsia micro minidress, a matching tiny bag and massive heels (above). People are saying Hathaway has finally become her character in The Devil Wears Prada.

And this look is catching on?

Well, the pink is. Speaking of The Devil Wears Prada, remember the scene where Meryl Streep (as glossy magazine editor Miranda Priestly) explains how a particular shade of blue can filter down from the catwalk to high street store Target? That’s what we’re seeing now. Witness the M&S hot pink slip dress.

But I thought there was a pink thing a few years back? With that Whistles coat?

No, no. This is not a gentle, millennial pink. You would not want it against the bottle green woodwork in your new bathroom. It’s so distinctive it’s been dubbed Pink PP, after Valentino’s creative director Pierpaolo Piccioli.

So Farrow & Ball’s Nancy’s Blushes are not welcome here. This is the antithesis of the tasteful Coastal Grandma vibe, you might say?

And you mentioned Hollywood?

Indeed. The first stills from the forthcoming Barbie film have emerged, after five years in development, and everyone’s getting very excited. Margot Robbie is playing Barbie. 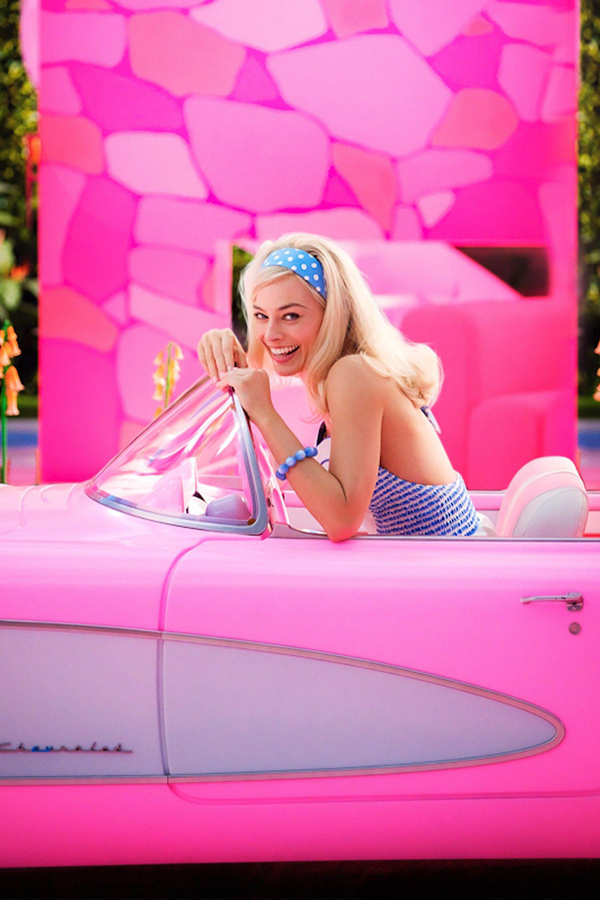 So they’re staying true to form, physically. What else do we know?

Well, we’ve seen Robbie – as Barbie – in a hot pink convertible (above). And rollerblading on Venice Beach wearing a neon thong swimsuit over neon cycling shorts. There’s also a magenta trouser suit with a matching neckerchief. But it was an orange Ryan Gosling as Ken, sporting a denim waistcoat, that really sparked a Twitter frenzy. Think Lance Bass circa 1997.

The blond one in NSYNC, who wasn’t Justin Timberlake.

You’re sounding very reductive. Speaking of which, I’m confused. I thought these two were serious actors? Considering Barbie’s PR issues, how will they pull this off without getting cancelled?

That’s where you’re wrong. Oscar-nominated Greta Gerwig is directing the film, and Noah Baumbach has written the script. Apparently they are ready to tackle Barbie’s ‘baggage’

How will that work?

No details yet but presumably Margot Robbie’s character will go on some kind of journey to confront her contribution – or lack of – to feminism and beauty standards. We can also report that, during the rollerblading scene, a passing man smacks Barbie’s buttock and she hits him back.

Good luck with that. And Barbie herself – is life in plastic fantastic?

It has improved. Last month Mattel released a new range of more inclusive Barbies – following the commercial success of their last ‘diverse’ range. We can also report that Barbie’s feet are no longer frozen in cramp/ stiletto position. We are yet to see any evidence of body hair, though.

‘You can brush my hair, undress me everywhere.’

Whatever happened to Aqua?