When you think of perfume, the first word that springs to mind is not necessarily ‘affordable’ – but once you start searching, you’ll see that there are some gems on the market that provide quality fragrance that won’t break the bank.

One such scent is Avon Eve Duet, which retails for just £16, and is the brand’s first ever dual-ended perfume. Since its launch in October 2017 with Hollywood A-lister Eva Mendes fronting its campaign, Eve Duet has proved incredibly popular with Avon shoppers, who have since snapped up a bottle every single minute – and now, the product has been named the winner of the Reader’s Choice for Women Award at The Fragrance Foundation Awards.

The appeal of Eve Duet lies in the fact that it offers two scents – Radiance, created with juicy citrus, apple and waterlily,  and Sensual, with notes of jasmine, scarlet rose, patchouli and pink peppercorn. The fragrances can be worn individually or layered, meaning that you’re essentially getting three perfumes for the price of one – and when the price is £16 to begin with, that’s excellent value for money. 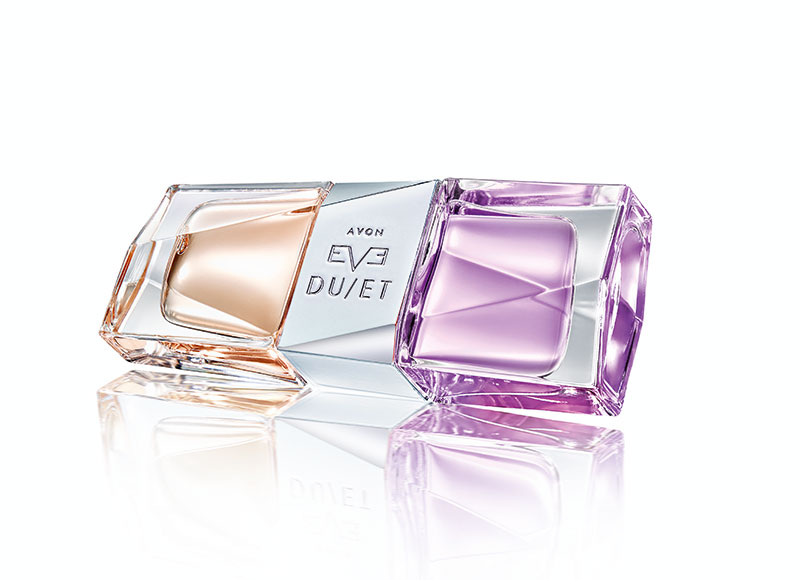 At the time of Eve Duet’s reveal, Eva said of the perfume: ‘I love being creative and experimenting with different looks based on my mood, so being able to also express myself freely and celebrate my individuality through a perfume is fun. Scents play a big role in my life and I love trying with different combinations of Sensual and Radiant to reflect my different moods.’

Those who voted for the fragrance in the Reader’s Choice for Women category agreed, with one saying: ‘There is no better thing in the market for such a reasonable price. I have already bought 3 times as I don’t want to run out.’

‘I absolutely love this perfume, it is the best to come out of Avon yet!’ another exclaimed. ‘I couldn’t be happier with all three different smells.’

Avon say that they’ve noticed a significant lift in searches for Eve Duet since the award win was announced, but there is still some stock available – head to the Avon website to snap up your bottle before they sell out!

BEAUTY BUZZ: Get a head start on restoring your golden glow

One of these wrinkle-reducing Korean serums sells every 20 seconds

These supermarket sun creams are just as good as more expensive...

The game-changing skincare tool that costs less than £10

This is the brand behind Lily James’ Mamma Mia 2 premiere...