We have lots of important opinions on The Devil Wears Prada, from our favourite character (Emily, obviously), to the best lines from the film (Miranda Priestley’s ‘Is there some reason that my coffee isn’t here? Has she died or something?’ is right up there). 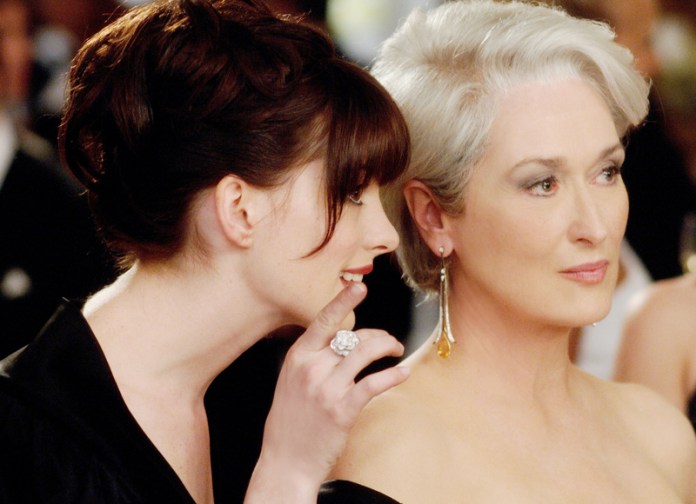 However, while the protagonist Andy (played by Anne Hathaway) has some pretty legendary outfits in the film, until now we’ve never known which one the actress likes best – in other words, which is the most Anne of Andy’s outifts?

Luckily, that’s exactly what fashion designer Michael Kors asked Anne for a cover story in Interview magazine, ‘Which outfit that you wore in The Devil Wears Prada was more Anne than Andy?’ was the question he posed.

‘I love what I wore to the James Hoult party’ revealed Anne. ‘That velvet Chanel coat that went to the knees, and then the miniskirt and the stockings and the slouched boots. I think it was a sample because I kept finding straight pins in it’.

Anne also revealed that she used to live in the same building as the man who posed the question, Michael Kors. ‘We had the most fun lobby in New York at the time’ she said.

The actress also said that her personal style was ‘so influenced’ by working with renowned stylist Patricia Field on the 2006 film, and ‘having conversations with her about how to put outfits together.’

As for the fashion item she treated herself to once The Devil Wears Prada filming was over? Anne revealed that she picked up a Rick Owens leather jacket ‘as a present’ after the movie wrapped, which she clearly still loves now.