Boisterous, impulsive, fidgety and constantly on the go, a whirlwind of sound and fury – this is what you might expect in a child with ADHD (attention deficit hyperactivity disorder). I can often identify these children in my surgery. They are the ones who race around opening my drawers, climbing on the couch, putting their feet up on the wall, or
wrapping themselves in the curtain – all within five minutes of arriving. And they are almost always boys.

This is not to say that girls don’t have ADHD – they do, but this is not necessarily how they typically behave. According to Professor Desiree Silva, a paediatrician and ADHD expert, girls with ADHD may also be distracted and chaotic, struggling to focus and missing deadlines (‘time blindness’ being a particular problem).

Yet their symptoms are commonly missed because, by comparison with boys, girls are less likely to be noisy, challenging or disruptive, are often less ‘hyperactive’ and may not be noticed as they are more likely to be sitting quietly, daydreaming, unable to focus or get on with things.

Professor Silva told me about one of her patients who struggled at primary school, where she was described as being ‘quiet and slow’ – not what you might expect with ADHD. Secondary school was, for her, a ‘nightmare’, where she drifted, lost track of time and possessions and was unable to concentrate or complete tasks.

As a result, she got increasingly behind. Often in trouble for not completing homework, she felt inadequate and took to pretending that she didn’t care. She seemed to be in her own world. As her grades dropped, she started withdrawing from her peers. Struggling with increasing anxiety, she was referred for assessment.

Although psychometric testing found her to have a superior IQ score in most areas, she had only an average working memory (the ability to hold information in your head) and had low average ability in processing information. She was diagnosed with the inattentive type of ADHD.

After a trial of stimulant medication, there was a significant improvement in her school performance and she was noticeably less anxious. She did well in her final three years of school and is now at university studying science.

In a bright student these subtler symptoms may go unnoticed, with many young girls not receiving an official diagnosis until they reach adulthood.

ADHD is one of the most common mental health conditions in children and is three times more common in boys compared with girls, although in adulthood there is less of a difference. There is known to be a strong genetic element. Consult your GP if concerned.

Symptoms of ADHD in girls may include

ADHD Go-To Guide: Facts and Strategies for Parents and Teachers by Prof Silva and Dr Michele Toner is available at amazon.co.uk, £17.99

Time to really kick those habits… 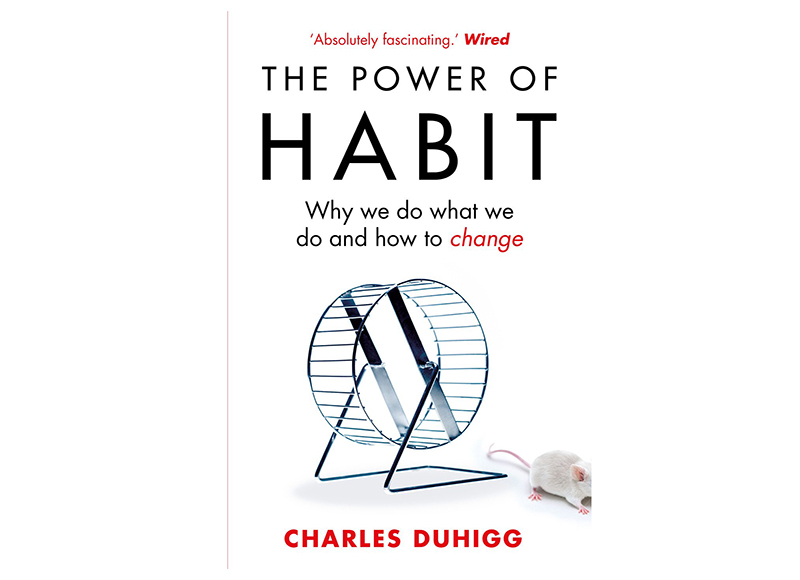 Stop drinking, start exercising, read last year’s Man Booker shortlist that is still untouched on your bedside table… How many of us made similar resolutions on New Year’s Eve? And how many of us gave up after 12 days – the average length of time that good intentions last?

If you haven’t already caved but need help staying on track, I’d recommend The Power of Habit (Random House, £9.99). Author Charles Duhigg sheds light on why we repeatedly make the same mistakes (I have an annoying tendency to underestimate how long journeys take – a misplaced optimism). He also shares strategies for changing habits by identifying your routine, experimenting with rewards, recognising the cue and making a plan for change. For example, if you always eat a biscuit at 4pm, ask yourself why. Are you hungry, bored, tired? He says that once you’ve identified your triggers you can change what you do. In my case, the book helped me work out that getting to places early enough to enjoy a state of calmness – and possibly a coffee – is a reward worth aiming for.