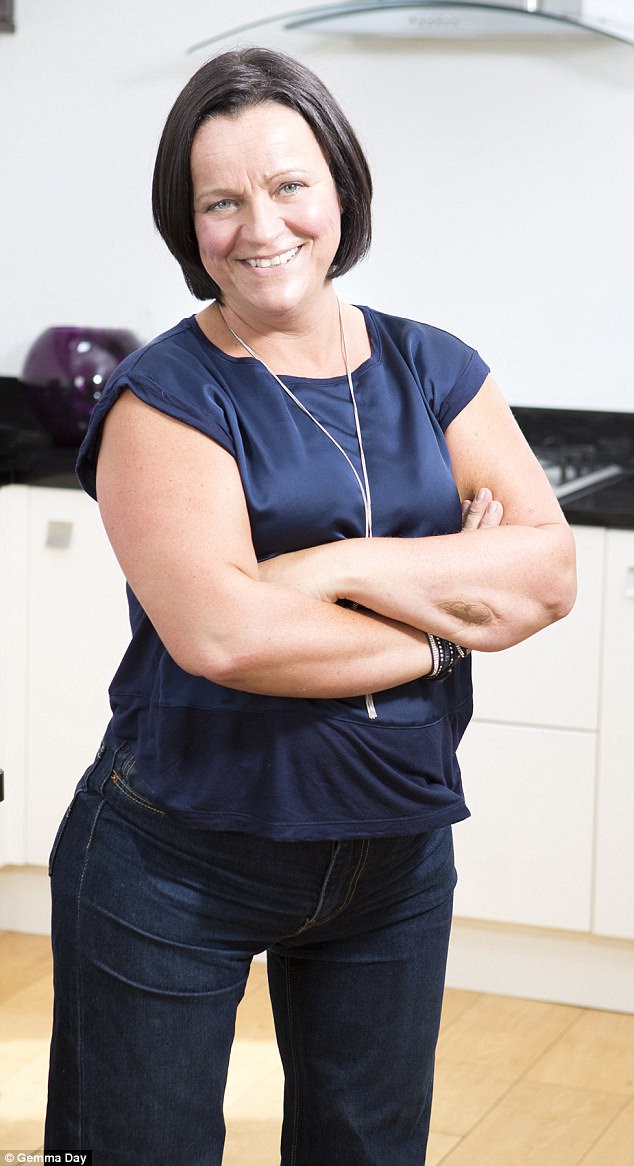 When I was in hospital and I thought my life was over my mum said: ‘You’re still here, you can walk again and you will get new legs.’ I am lucky that I had that choice. My C-legs [C stands for computerised] have microchips in the knees to help them bend – if you haven’t got your normal legs, they’re the best ones you can have! This, my favourite photo from the 2012 Paralympics, was taken during my first game. I was walking into the Excel Arena, feeling both excited and nervous, when I saw my family, friends and son Oscar on my husband Nick’s shoulders with a banner saying: ‘Go Mummy go!!’ I felt so emotional. This is my 2012 Paralympics sitting volleyball shirt. I chose the number 7 for its significance: I was blown up on 7/7, when I was reading about the Olympic bid, then, seven years later, I was taking part. I’ll never forget the 52 people who lost their lives that day – every one of them has given me strength. Nick is a photographer. This picture is made up of hundreds of images taken all round the area in the Royal London Hospital where I was treated after 7/7 – including The Blind Beggar pub and Whitechapel High Street – all laid on top of each other to produce this artwork, which is now in our living room. It doesn’t get better than asking your mum and dad – Bow bell cockneys who love the Royal Family – ‘Do you want to come to the palace? Because I’ve been awarded an MBE.’ It was last year and one of the proudest moments of my life. While my mother was visiting me last year she said, ‘I’ve had these for a while and I haven’t given them to you.’ It was this bangle and a ring I’d been wearing on 7/7. She wasn’t sure how I’d react, but it felt right to put it on and I now wear it all the time – it’s from my earlier life and is a symbol that I’m still me. When I won 2012’s Helen Rollason BBC Sports Personality of the Year Award, which honours people who’ve overcome adversity, the highlight of the night was when a woman came up to me and said, ‘I’m Helen Rollason’s daughter [Nikki] and I’m so proud you got Mum’s award.’ I love cooking and am obsessed with finding a great pepper grinder. I’ve got this Cole & Mason one at the moment – it’s brilliant. We surprised Oscar, who’s seven, with Daisy, a black labrador puppy, in January. I told him, ‘That’s your little sister’ – he was so stunned he asked me to pinch him in case he was dreaming.

Susanna Reid reveals the two simple changes that led to her...