It’s the most revered and hotly anticipated night in the sartorial calendar; the Oscars of the fashion world. On the first Monday of May swathes of A-listers (anyone who’s anyone) head up the steps of the Metropolitan Museum of Art in New York (hopefully without a stumble) to attend the yearly ball hosted by Vogue’s Anna Wintour to raise money for the Met’s Costume Institute and celebrate the opening of their annual fashion exhibition.

As the dinner and parties themselves are kept tightly under wraps – an invitation is one of the most exclusive in town – and with supposedly no photos allowed (although take a quick look at Instagram this morning to see which celebs couldn’t help sneak a selfie or secret snap of Madonna’s performance) it’s really the red carpet us mere mortals are here for.

This is the fashion elite’s excuse to really dress up – the more extravagant the better is generally the consensus (although the jury is still out on Rihanna’s 2015 yellow confectionary) and this year was no different. The theme of the 2018 exhibition is “Heavenly Bodies: Fashion and the Catholic Imagination” which provided generous inspiration for ethereal chiffon numbers, heavily embroidered gowns, a Pope impersonation (ten points if you can guess who this was), and lots and lots of headdresses.

Arguably it’s difficult for the attendees with a very fine line to walk in terms of who gets it right and wrong in the fashion stakes – you must dress to impress but not too over the top, dress for the theme but not offend, look beautiful but not too boring (see Miley Cyrus) – no matter what the claws are out.

We’ve put together our stand out looks (some angelic, some sinful but we’ll leave the judgement to you). The designers to look out for were Donatella Versace, a co-host for the evening who dressed the likes of Gigi Hadid, Blake Lively and Kim Kardashian (who looked surprisingly low key considering), John Galliano (an obvious choice after his Fall 2000 Couture collection for Christian Dior) with Rihanna and Louis Vuitton who seemed to capture the perfect level of understatement with Emma Stone and Alicia Vikander.

The best looks from the Met Gala 2018 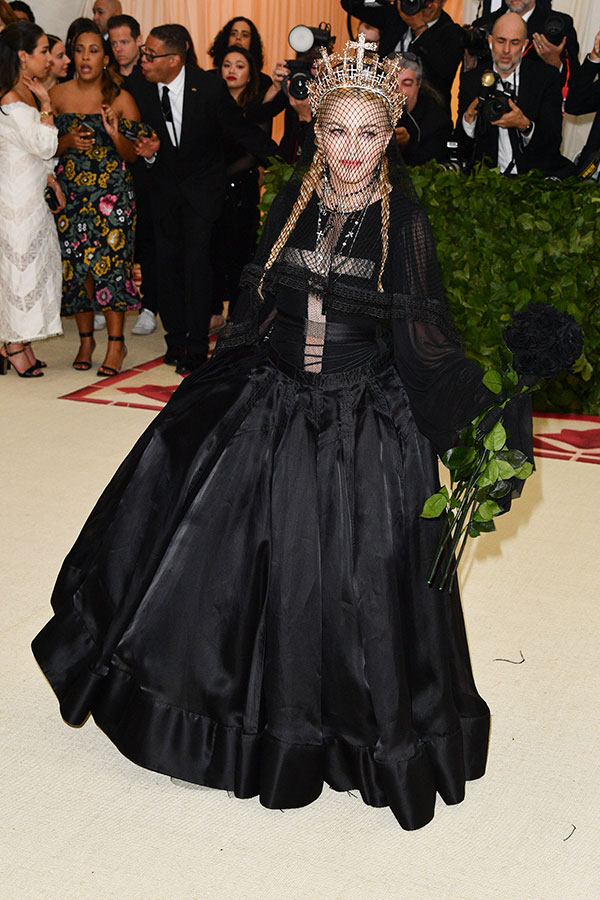 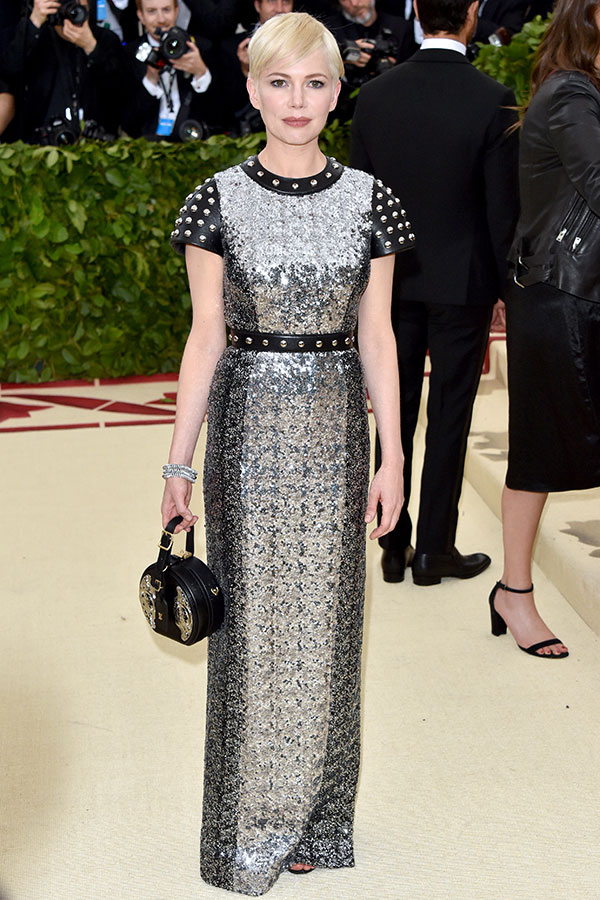 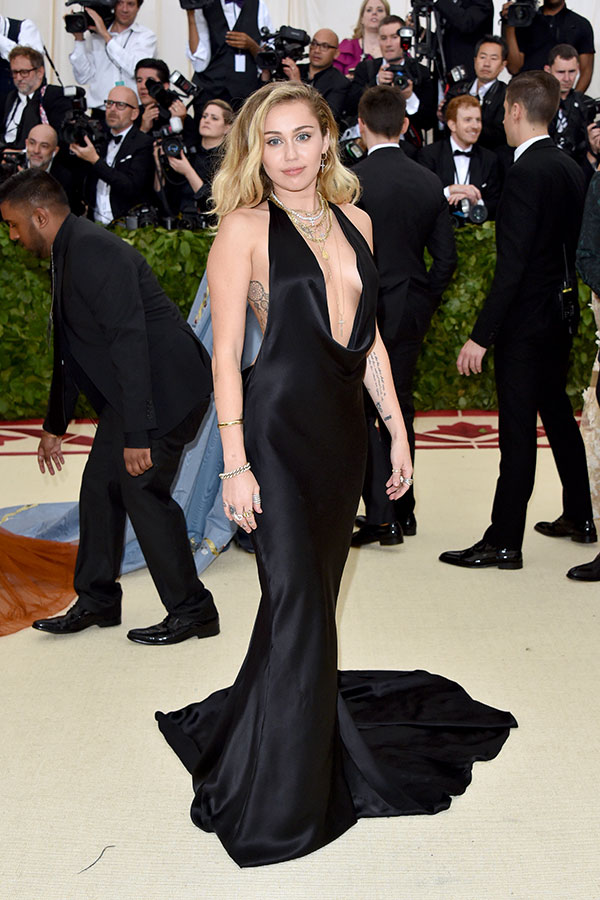 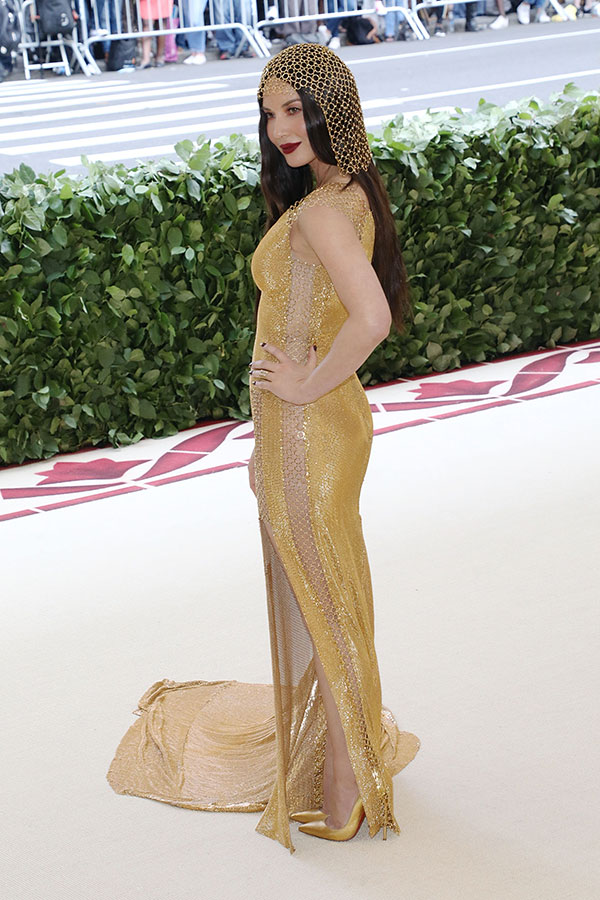 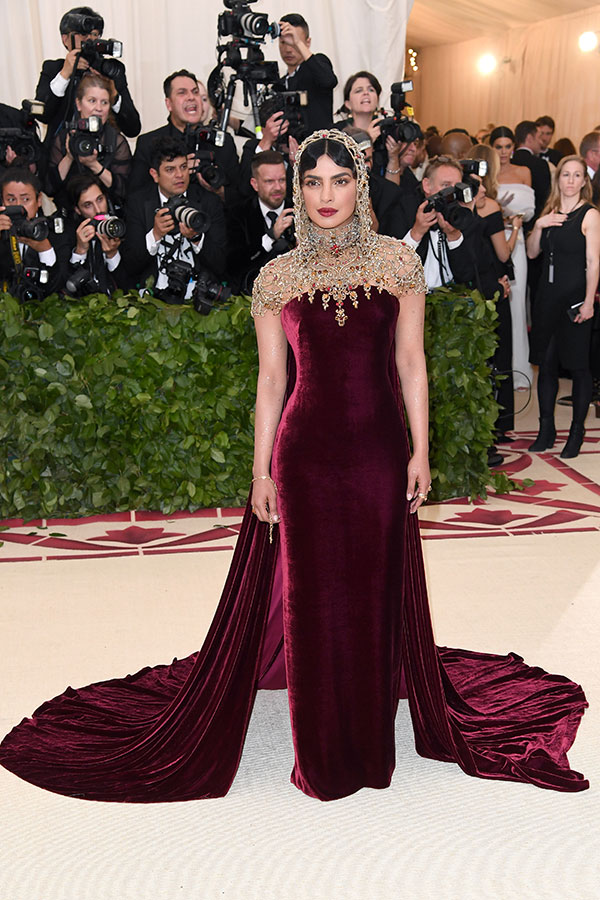 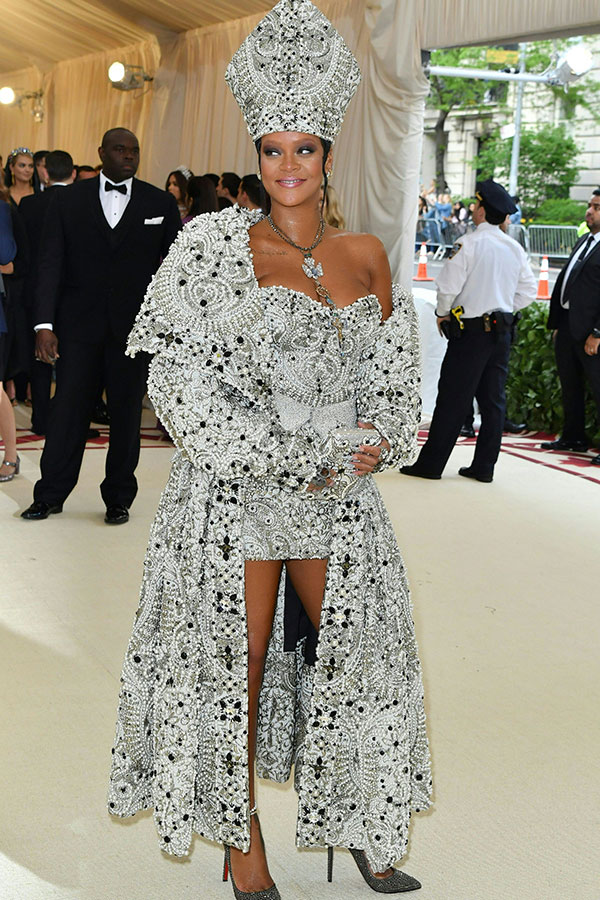 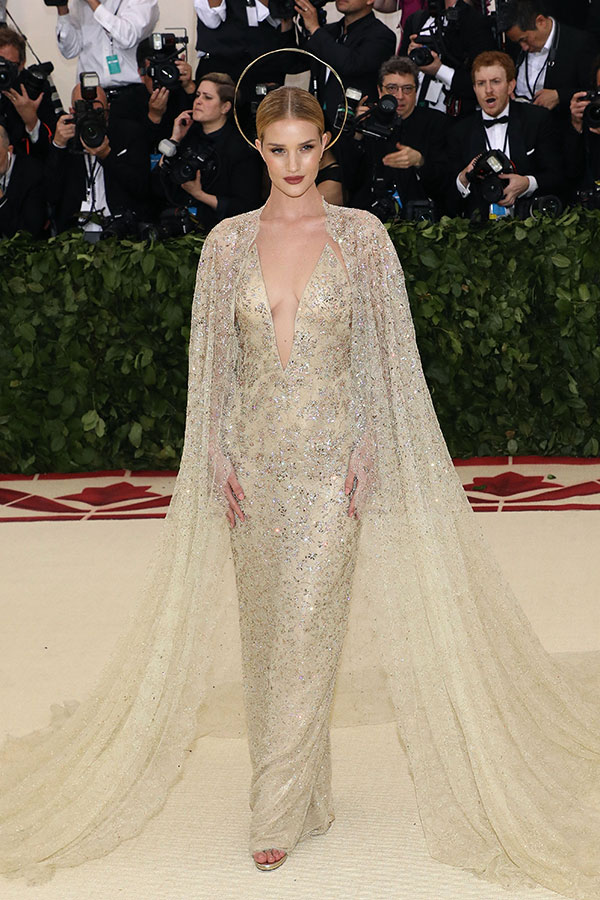 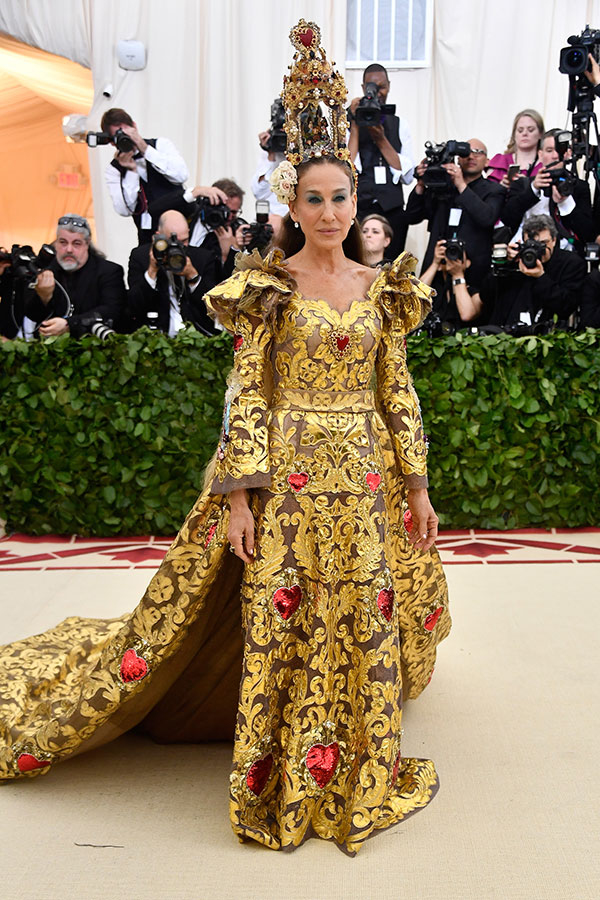 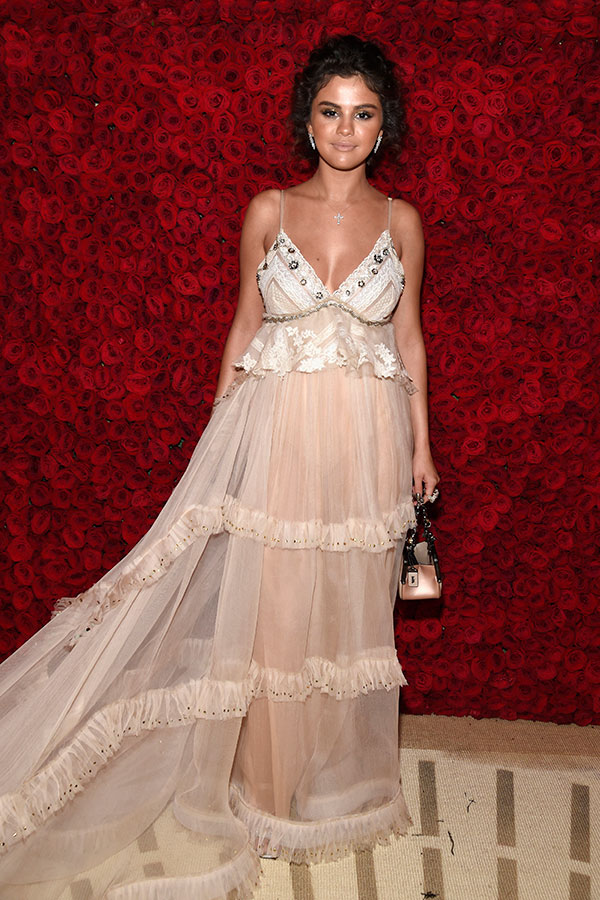 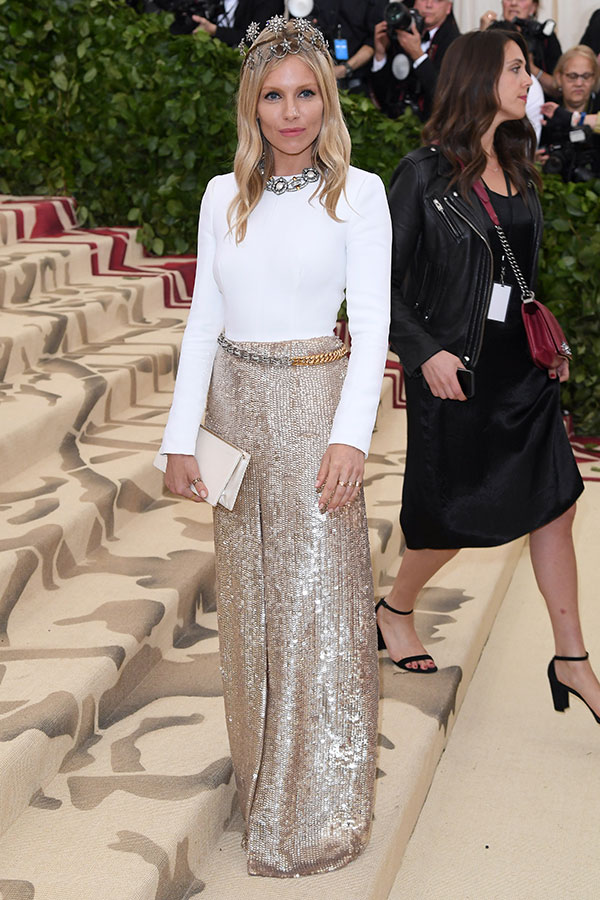 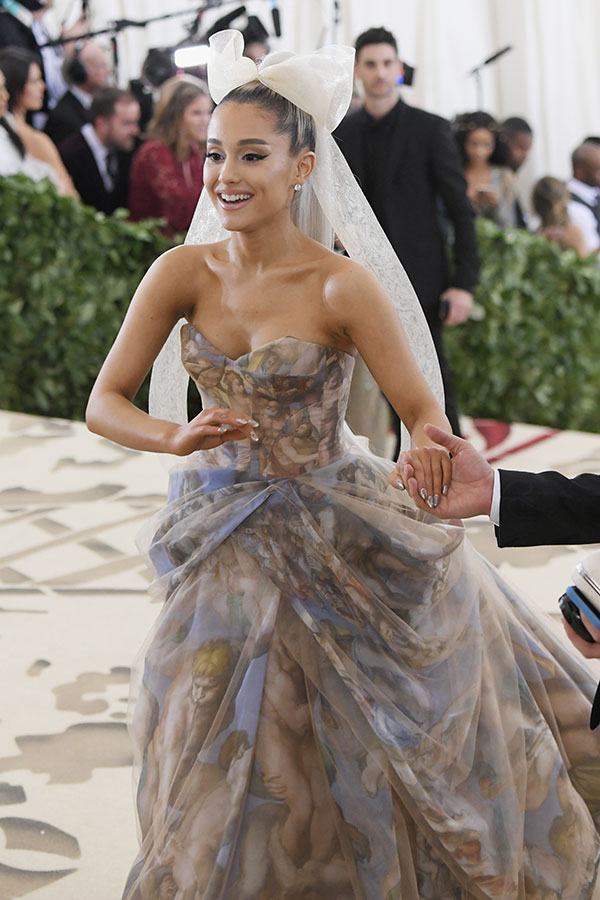 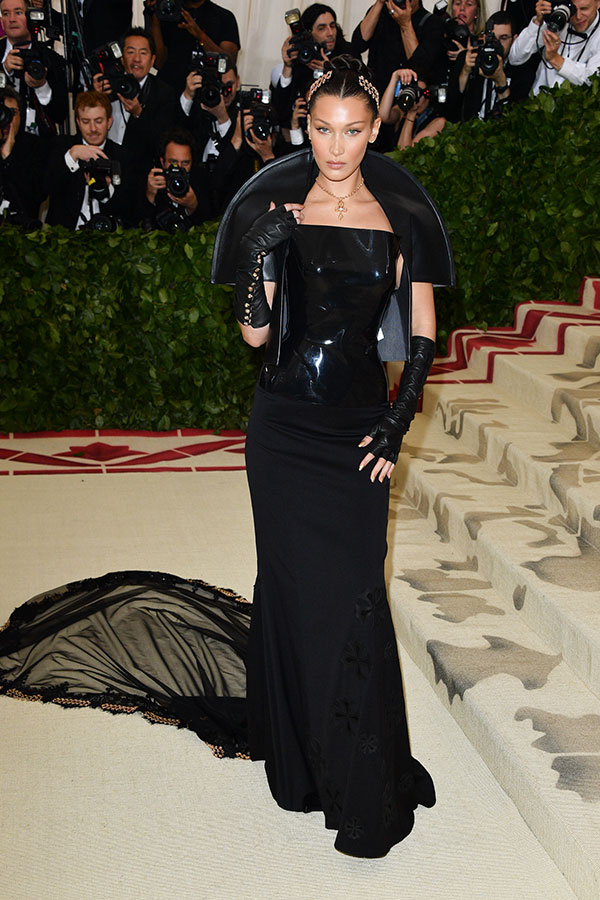 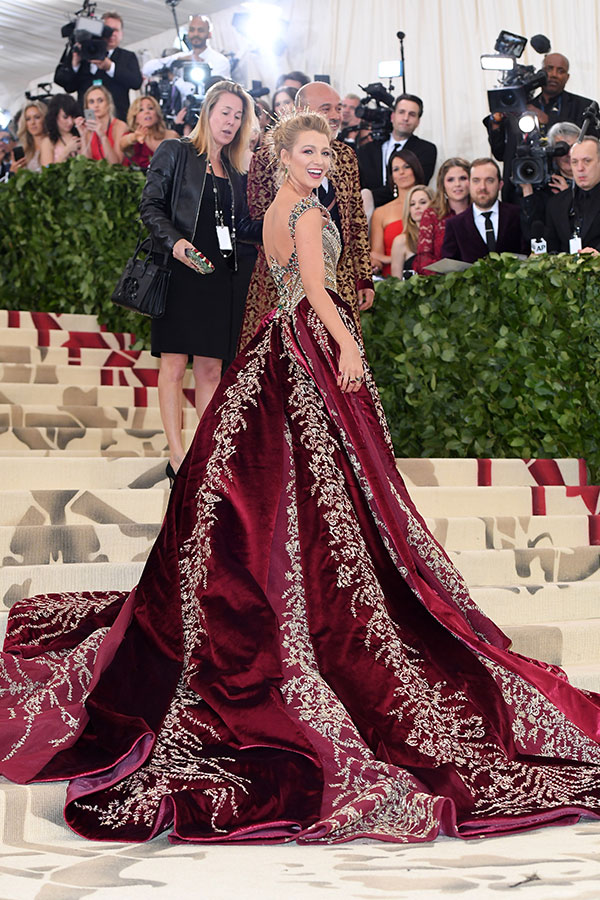 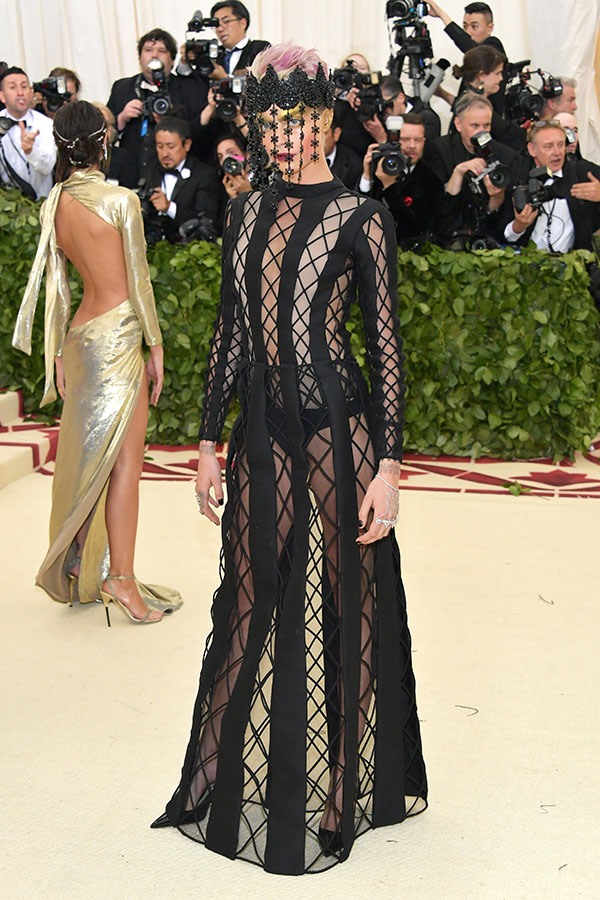 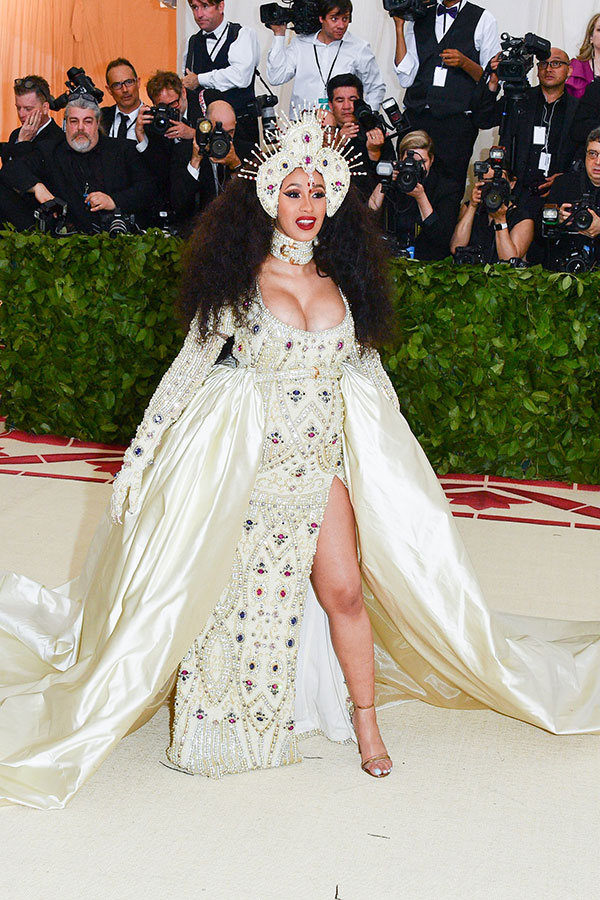 Cardi B in Moschino 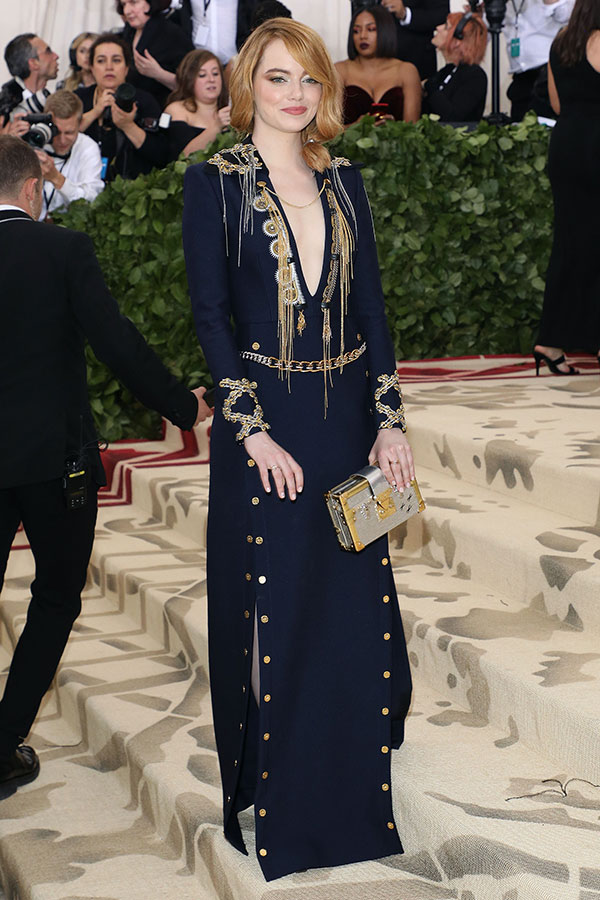 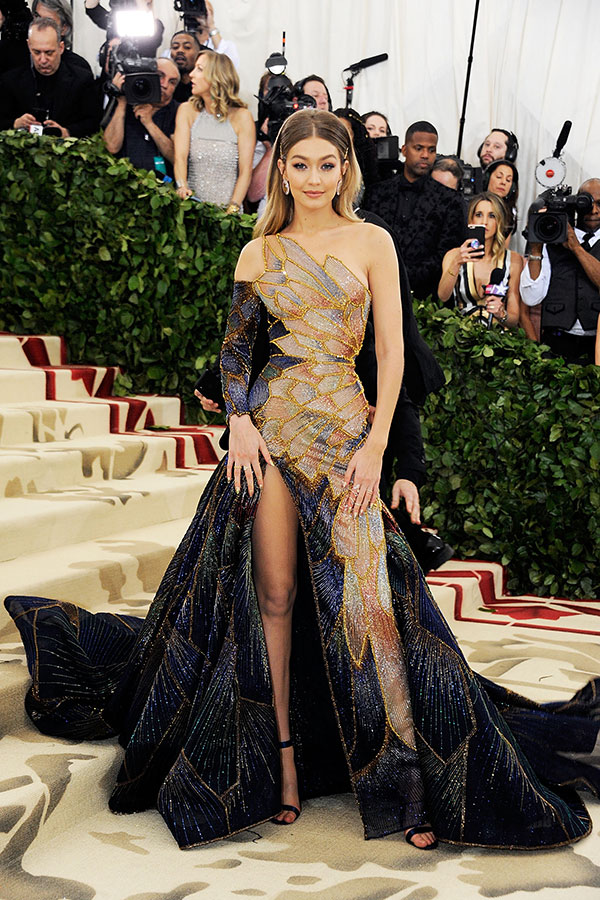 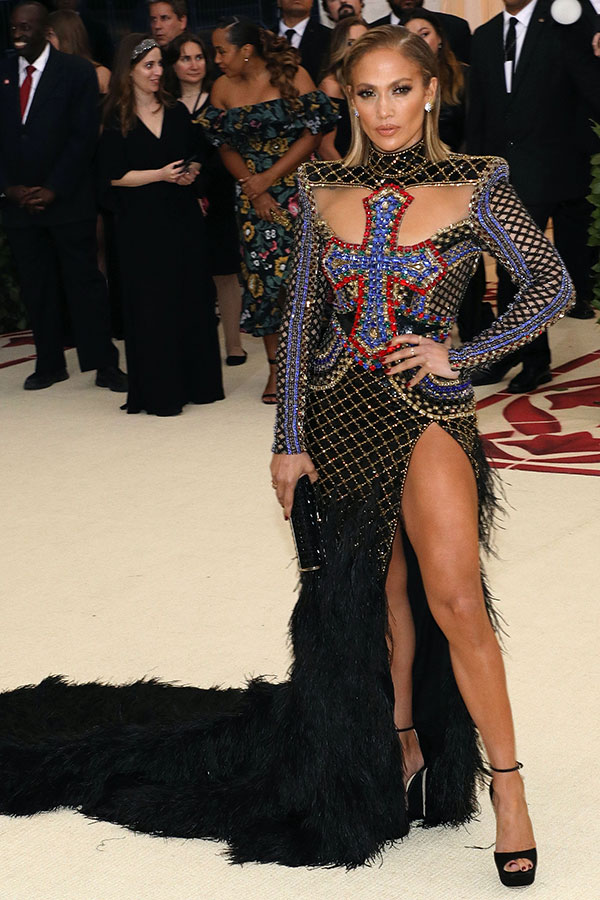 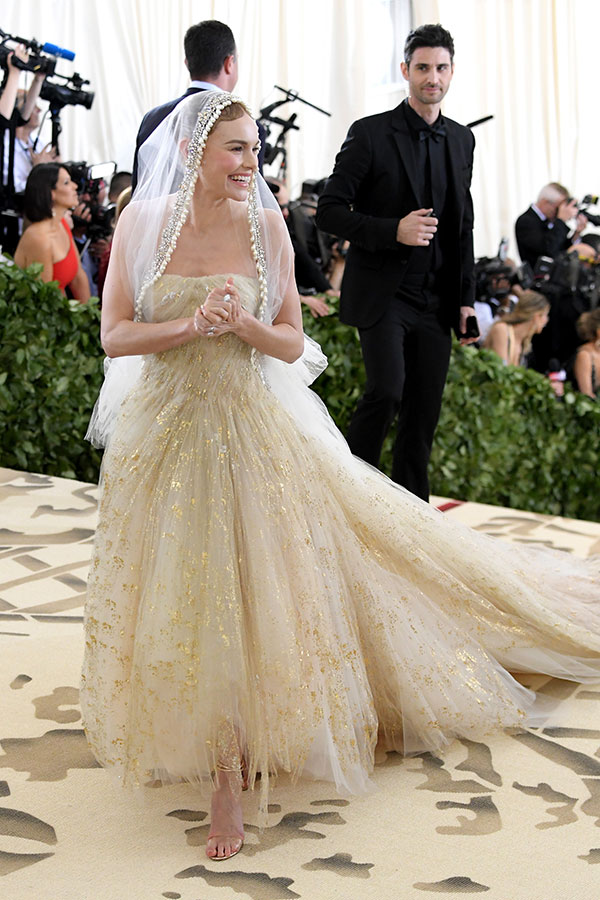 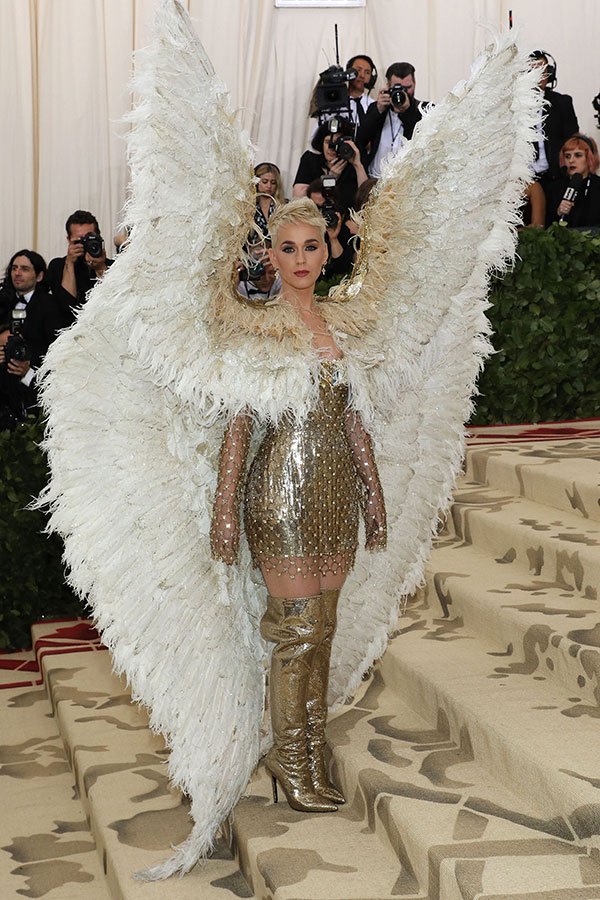 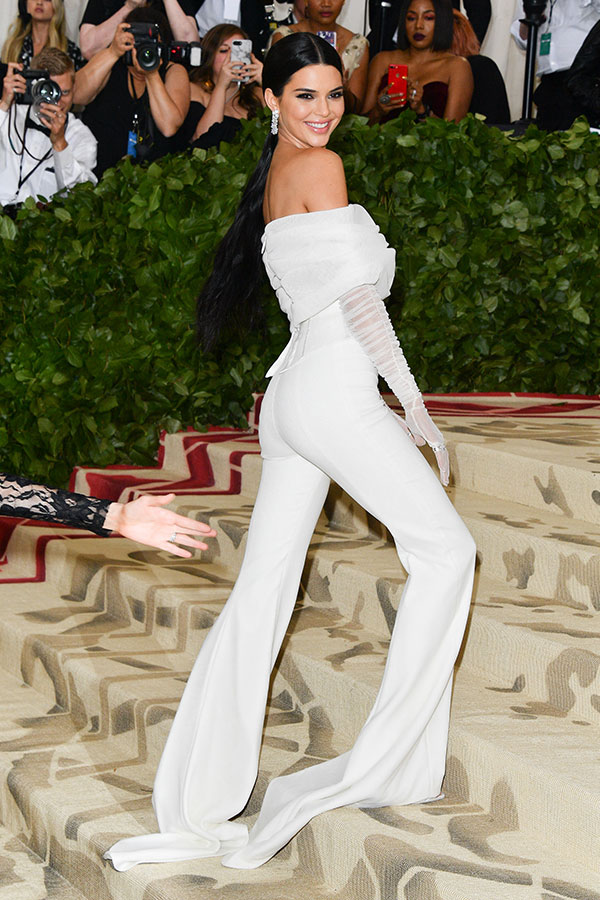 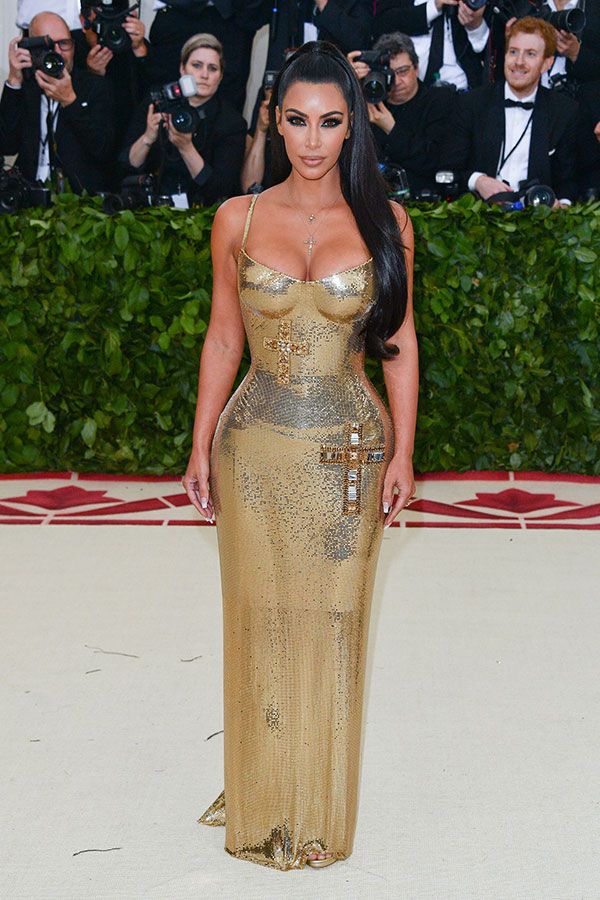 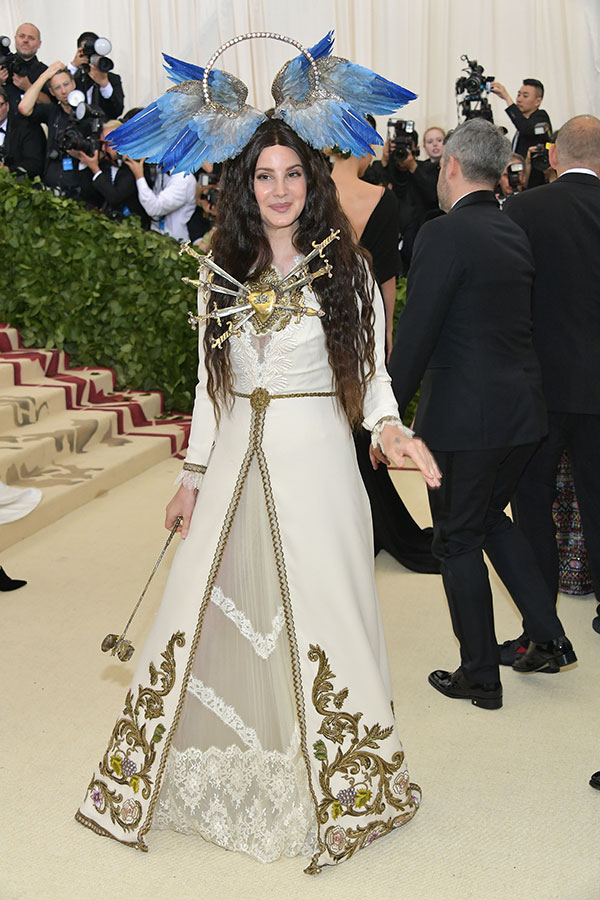 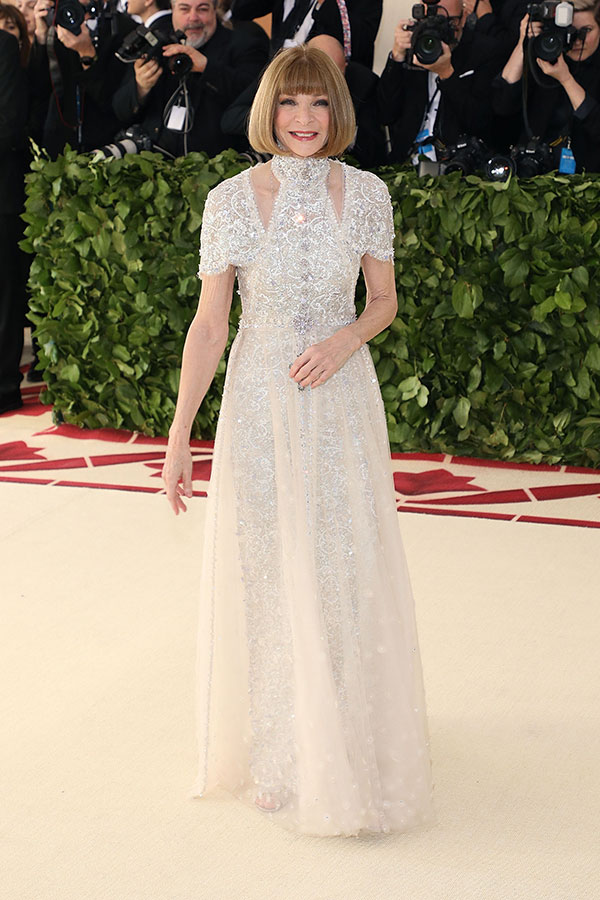 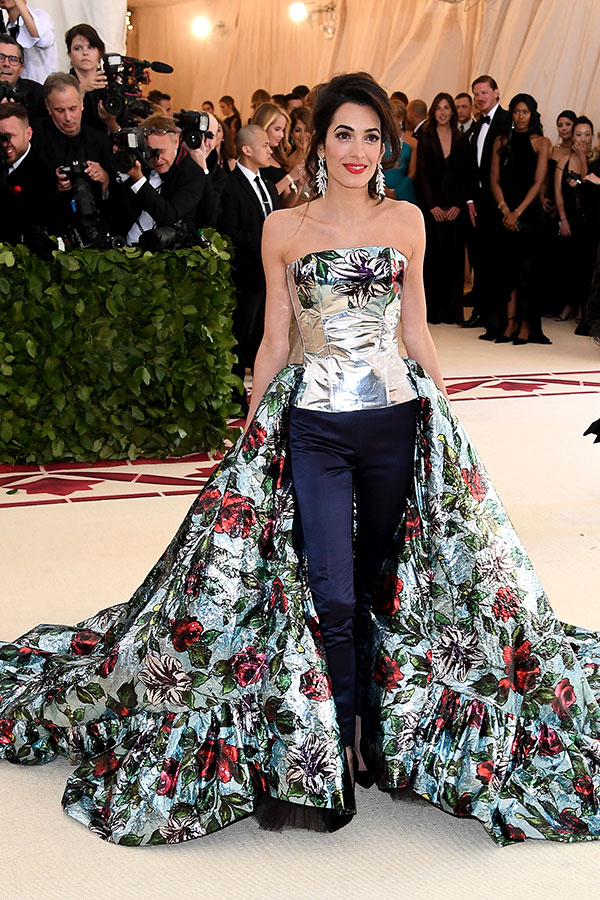 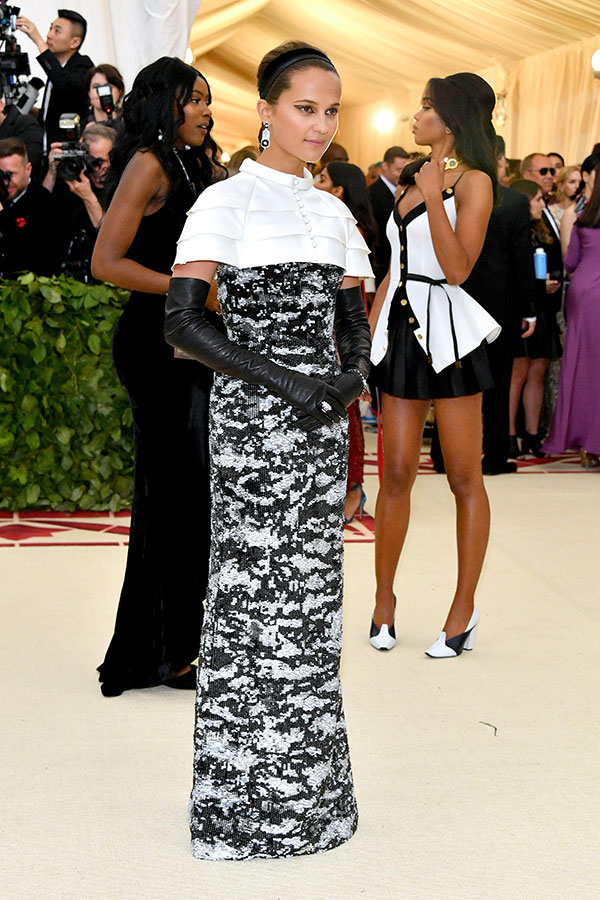